Royal Oak, MI – The Michigan Muslim Community Council will be honoring the sacrifice of Marine Recruit Raheel Siddiqui at the 30th Annual Michigan Muslim Unity Banquet on Sunday November 6th at 530 PM at Burton Manor in Livonia Michigan. Raheel Siddiqui was a great example of a Muslim American who strove to serve this country and better the community. His parents immigrated from Pakistan over 25 years ago, and he grew up in Taylor Michigan. He was valedictorian at Harry Truman High School and went on to study at the University of Michigan Dearborn, working part time at Home Depot. He dreamed of serving his country, and despite his mother’s fears, he enlisted in the marines. He spent a year preparing for his enlistment in the marines by learning swimming, long distance running and getting himself in good physical shape. He started basic training for the US marines in March of 2016 at Parris Island, South Carolina.  Unfortunately, within 2 weeks of starting his training, Raheel was killed after falling from a 3d floor stairwell. The circumstances of the death are under investigation, but 20 Marine officials currently face disciplinary measures directly due to the tragic death. Congresswoman Dingell has played a critical role in ensuring justice will be done.  Raheel Siddiqui is survived by his parents and sister. His family deserves all of our prayers and support for their loss. Raheel Siddiqui is an Amazing Michigan Muslim whom we are all proud to honor.

“Raheel Siddiqui and his family made the ultimate sacrifice for their country, and we are proud to call him an Amazing Michigan Muslim. They are an example of how Immigrants and new Americans embrace their country and make America great.” states Executive Director Imam Mohamed Almasmari.

The 30th annual banquet brings together the diverse Michigan Muslim community and its friends to celebrate the achievements and success throughout the year. For information or tickets to the banquet, please visit the MMCC website. The event is open to people of all faiths.

A summary of other awardees can be found here. 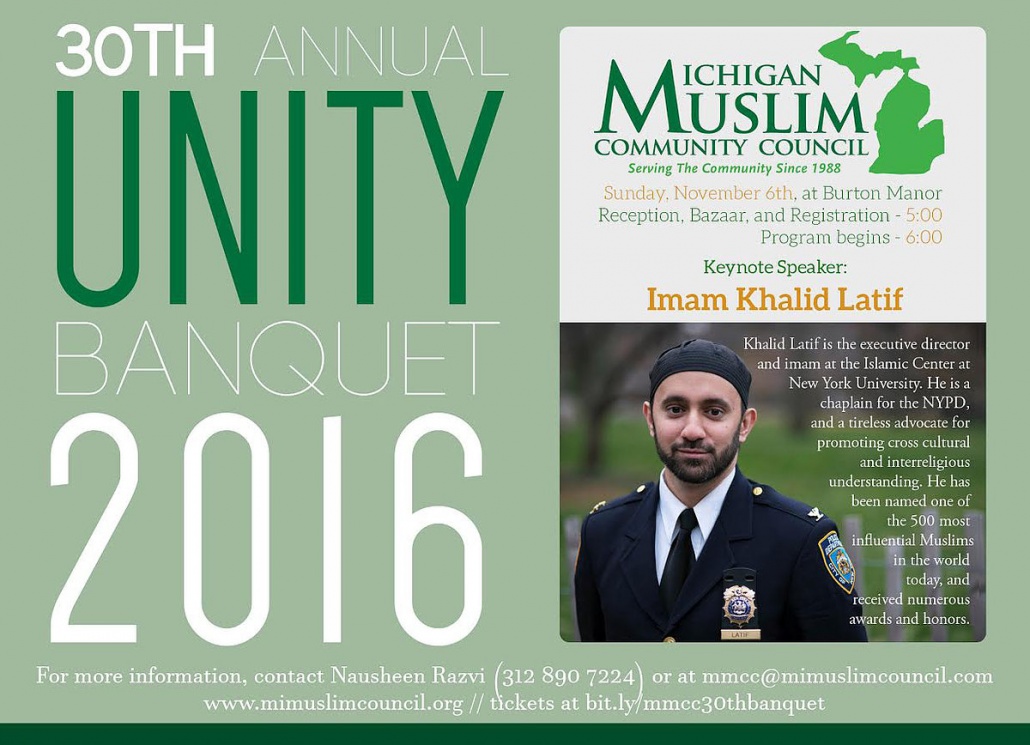