by Kari Ansari of Mercy USA 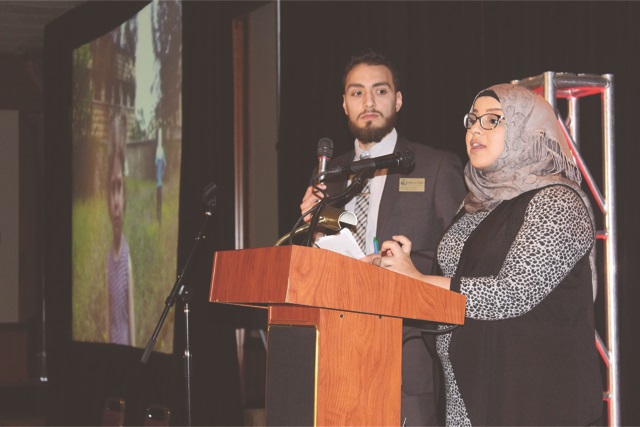 She detailed her life in Syria as a young graduate student who was imprisoned by Assad for volunteering in a field hospital after the revolution began. She described how, after being held for fourteen months, she joined the Mercy-USA humanitarian relief team to work in her home city of Aleppo. She talked about helping the most destitute in Aleppo until the very last moments before everyone fled as the Regime overtook the city. Her first-hand narrative chronicled the hell endured by the families Mercy-USA serves, especially during the siege of Aleppo. She described how difficult their lives remain as they try to survive equally harsh circumstances as displaced people living in crude tent camps. Al Shamm was applauded and admired for her bravery and passion to serve by those in attendance at the event.

Mercy-USA’s work in Syria was the focus of the evening’s fundraising gala with emphasis on their new primary health clinic opening this March in Idlib province and the emergency relief efforts aimed at the newly evacuated Aleppo families.

Hometown favorite, Omar Regan was the MC for the evening and entertained the audience with quips and insightful observations of the Muslim community at large. The keynote speaker was Ustadha Yasmin Mogahed. Her talk turned the tables on who truly benefits when a person gives charity. She discussed current research into the psychology of giving and how the act of charity is being recognized as an effective treatment for depression. She brought secular research discussion full circle back to the wisdom of Islam’s teachings about charity. Her inspirational talk reminded everyone of why they had come out that evening.

Dr. Abdul El-Sayed also took a few moments to address the audience. Dr El-Sayed was most recently the Executive Director of the Detroit Health Department and he is currently a candidate for Governor in Michigan. He capped the evening with a request for support as he embarks on his newly minted political campaign to benefit Michiganders. 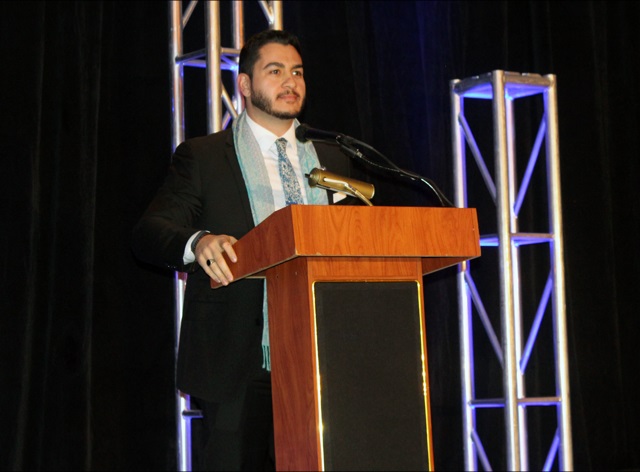 Perhaps the biggest winners of the night were the children in attendance. The childcare at the event was not your typical empty ballroom with bored children patiently awaiting their parents after the fun of a video and pizza wound down. Instead, they were entertained with science and technology through interactive activities provided by the Ann Arbor HandsOn Museum. Kayla Botelho, Development Coordinator for Mercy-USA said:

“Mercy-USA’s goal is to make our events wonderful for the entire family, so that meant being creative with the children’s program. Parents told us that their kids had a great time and came away with exciting things to share and talk about.”

It’s hard to say who had a better time, the adults in attendance or the children! We can’t say but it’s sure that children and their families in Syria were the true beneficiaries of the evening.

Another Notch on the Democracy Belt

A Conservative for Obama

Muslim, Women, and Entrepreneurs: An Ode to Muslim Womanhood
Scroll to top