The Mentions of Dates in The Quran and Hadith

The date palm is said to have originated in the Middle East and has proven to be such a source of nourishment that it has become a popular wholesome food across the planet. In many ways, dates may be considered as an almost ideal food, providing a wide range of essential nutrients and potential health benefits. It is because of its energy value, that dates have special significance for the fasting month of Ramazan. Man can survive for long years with good health if only dates (Arabic: Tamar; Hindi/Urdu: Khajur) are eaten daily.

In Surat Al-Nahl, Allah Says: “With it He produces for you corn, olives, date palms, grapes, and every kind of fruit: Verily in this is a Sign for those who give thought” (Al-Quran 16:11).

The Qur’an also narrates the incidence when Maryam, may Allah be pleased with her, was provided with fresh ripe dates when she was feeling pain during childbirth (Al-Quran 19:23). It is this verse that is supposed to be the reason for considering dates to be beneficial to pregnant women while experiencing contractions.

In Prophetic Traditions, many useful properties have attributed to dates. Prophet Muhammad (peace be upon him) advised his followers to break fast with dates during Ramadan. He also advised:

‘‘Don’t miss evening meal, even if it happens to be constituted of few dates. Missing of evening meals hasten aging.”

In another hadith, taking dates in the morning is said to help in preventing poisoning.

The botanical name of the date palm is Phoenix dactylifera, which belongs to the family Palmae (Arecaceae). In Arabic, the date palm is called “Nakhl” whereas its fruit is known as “Tamar,” although in many Arab and African countries the Hindi word “Khajur” and Persian word “Khurma” have been of common usage for the date fruits.

It is assumed that the domestication and cultivation of date palm started 6,000 to 8,000 years back in Mesopotamia. Probably no other fruit plant was in cultivation at that time anywhere in the world and that may be the reason why the date palm is supposed to be the plant most associated with the development of human culture and civilization. According to an old saying in Arabic, the uses of date palm are as many as the number of days in a year.

Dates are not only sweet and delicious but they are one of the best-known nutritious diets for mankind. They contain more than 60 percent invert sugar along with a small amount of sucrose in addition to protein, pectin, tannin, cellulose, starch and fat in varying proportions. Vitamins A, B and C are also present in appreciable amounts. Furthermore, the mineral constituents present are iron, sodium, calcium, sulphur, chlorine and phosphorus. Wholesome dates are used for making confectionery, beverages, sugar and a sugary syrup — very much like honey.
Dates are reputed for their great medicinal value. They are demulcents, emollients, a heart stimulant and help in checking the loss of memory. They are also useful in respiratory disorders in general and asthma in particular. In addition, dates are laxatives, diuretics and aphrodisiacs. Thus, taking into account all of their constituents and qualities, they can be rated as a nutritious diet and a health tonic.

[Read More: “An Energizing Date and Banana Smoothie To Power You Through the End of Ramadan“]

Because of their beauty and elegance, date palm gardens are an exquisite sight. In fact, most of the poets of Arabia, Africa and even Europe have described date palms in their well-known poems. Homer, in his epic, “Odyssey,” has used the word “Tamar” (date tree) to represent beauty. Similarly, Chaucer and Shakespeare have also mentioned date palms in their writings.

Total world date fruit production is about 7.8 million tonnes (2012- FAO Report) of which 87% comes from the ten countries mentioned above. 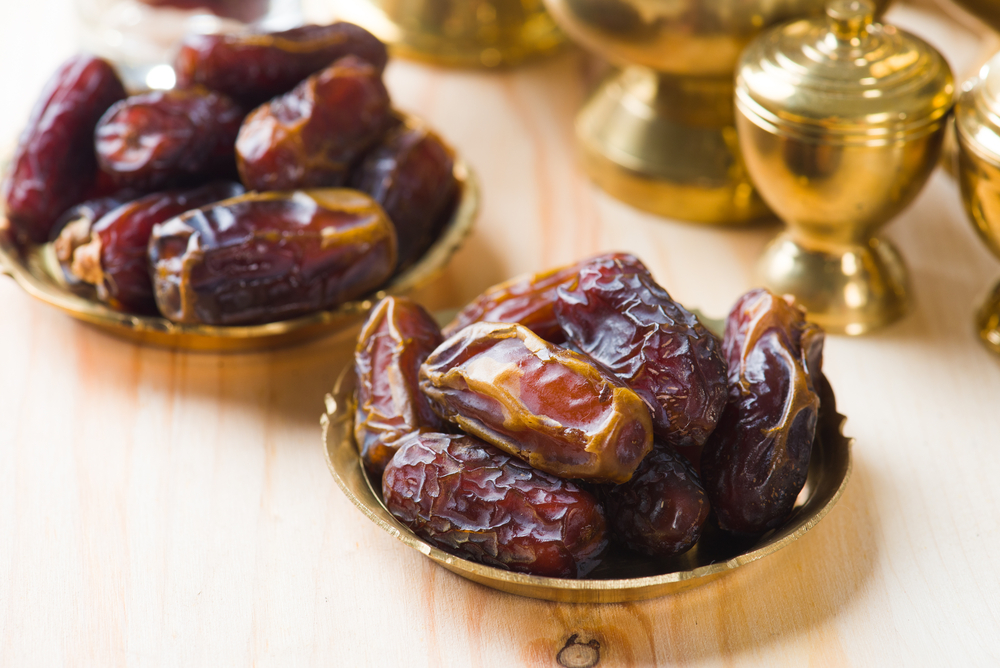