Senator John Kerry is holding a hearing Thursday (tomorrow as of this writing) to discuss â€œEngaging with Muslim Communities Around the World,â€ which is expected to be a series of hearings intended to build relations with Muslims.

Based on the people invited to speak at the hearings, it is very unclear that the hearings are based on a sincere move towards rapprochement with the worldâ€™s Muslims.

Two panels are scheduled.  At the first, Non-Muslim witnesses will speak, namely former Secretary of State Madeleine Albright and Admiral William Fallon (ret.).
At the second panel, Dalia Mogahed, executive director of the Gallup Center for Muslim Studies will speak, as will Eboo Patel, the executive director of Interfaith Youth Core, and Zeyno Baran, senior fellow at the Hudson Institute in Washington DC.

The Congressional Muslim Staffers Association claims to have advised Senator Kerryâ€™s committee staff in identifying Muslim Americans to testify in the hearings.  The hearings are open to the public.

The two choices for the early panel are interesting largely because they are not people Muslims would think of as being especially knowledgeable about Islam.
A former secretary of state, Madeleine Albright had professional dealings with Muslims and might be considered moderate relative to the Bush administrationâ€™s bizarre attacks against the entire Muslim world.

Admiral Fallon was commander of the US Central Command for one year, from March 2007 to March 2008.  He resigned apparently as a result of an Esquire magazine article which claimed he was the only thing standing between the Bush administration and war with Iran one year ago.  If Fallon prevented a war with Iran, then that is something which speaks more to his knowledge of logic and strategic wisdom rather than knowledge of Islam, although it is a good indicator of common sense.

There are non-Muslims seemingly more knowledgeable about Islam than Fallon or Albright.  John Esposito in at Georgetown University, close enough to invite to the congress.  Karen Armstrong is more of an authority on Islam than Fallon or Albright.  Bernard Lewis knows more about Islam than either of the two invitees.  Granted those are not policy-makers.  But knowledgeable policy-makers are available also.

There are many non-Muslim journalists who know more about Islam than Fallon or Albright.  Kerry could invite any number of journalists who have reported extensively on the Muslim world.

And that is listing only the non-Muslims.  Muslims who know about Islam and could suggest policy changes are plentiful and, in fact, hard to avoid.  The reality is that Sen. Kerry may be trying to avoid some of the people who are officially in charge of the American Muslim community for fear of hearing spin-doctored data or too-radical policy suggestions.

Senator Kerry invited Eboo Patel, who is an impressive man:  the founder of Interfaith Youth Core, a Chicago based international nonprofit.  He has a doctorate in sociology of religion from Oxford, where he studied on a Rhodes scholarship.  Interestingly, Patel served with the Council on Foreign Relations and the National Committee of the Aga Khan Foundation USA.

Dalia Mogahed, another speaker, is a Senior Analyst and Executive Director of the Gallup Center for Muslim studies.  With John Esposito she wrote Who Speaks for Islam?â€  What a Billion Muslims Really Think.  She is even well-connected, having spoken with many world leaders or former world leaders and many leaders of different religious or philosophical groups or movements.

Finally, Zeyno Baran.  Yes that is right.  Who is she? Baran is â€œa prominent Turkish American scholar on issues ranging from US-Turkey relations to Islamist ideology to energy security in Europe and Asia,â€ according to wikipedia, which also states that â€œOne of Baranâ€™s key areas of specialization is countering the spread of radical Turkish Islamist ideology in Europe and Eurasia.â€  She works against the build-up in a society of parallel cultures (Muslim and non-Muslim).

Zeyno Baran is a Turkish woman married to Matthew Bryza, the US Deputy Assistant Secretary of State for European and Eurasian Affairs.

A Muslim might feel misgivings that someone rather secular, from Turkey, is addressing our government on government relations with Islam.  In her native Turkey, wearing hijab is illegal in many circumstances because of the hijab ban.  Turkey, in fact, has espoused a very radical secularism that has been the bane of Muslims there for 80 years.  In her country a woman wearing hijab cannot go to university or get a government job.  Men with beards are in fact breaking the law.

So given her background and her experience, a Muslim could be pardoned for having deep misgivings about this particular choice.  However, her work has focused primarily on relatively radical Muslim organizations so in fact perhaps she has to receive the benefit of the doubt regarding her true intentions toward the practice of Islam–and we hope at least that she feels open to the quiet practice of Islam that does not entail â€œIslamism.â€

Kerry could have chosen so many other Muslims. Rep. Keith Ellison is his co-worker and is certainly available.  Rep. Andre Carson would certainly make himself available to Sen. Kerry.

If Kerry wishes to speak to social activists who are more concerned with building communities rather than lobbying on large policy issues, those people are certainly available as well.

In fact, there are many people other than those who were chosen, which raises the question whether Senator Kerryâ€™s attempt to engage with Muslim communities around the world is really more of the window dressing, from the senate branch, that we saw before from Bushâ€™s executive branch.

Senator Kerry recently returned from a fact-finding mission to Gaza.  Coincidentally, two other lawmakers also visited the war-torn area.  Rep. Keith Ellison (D-MN-5) and Rep. Brian Baird (D-WA-3).  Apparently the congressmen made a point of visiting Gaza separately.  Still it was a significant step for Kerry to actually witness the devastation first-hand.

Reuters news photos of Kerryâ€™s visit were plentiful, and did include some shots of the senator speaking with Palestinians–but the vast majority of such photos showed Tzipi Livni chumming with him during helicopter rides over the area of which her government had sanctioned the devastation.

After the trip, Rep. Baird called for unspecified â€œchanges to US policyâ€ on his official House of Representatives website, and showed there pictures from his trip: the destroyed American International School in Gaza, as well as destroyed hospitals, and meeting with relief workers.

Rep. Ellison does not appear to have made any public statements about his visit to Gaza, although from his official website he praised President Obama for releasing $21.3 million from US Emergency Refugee and Migration Assistance (ERMA) to be used to provide humanitarian assistance in Gaza.  Since then President Obama has made it clear that more money will go to rebuild Gaza.

So, if you hope that Senator Kerryâ€™s conducting hearings on relations with Islam signals a real effort that will amount to anything good for the future, donâ€™t hold your breath.

It is unclear whether Dalia Mogahed is an exceptionally gifted and articulate woman.  Probably she is, but even so it will be an uphill battle for her when more than equal time will be given to people who are either brilliant but uninspiring, or worse, in Baranâ€™s case, likely hostile.

Still less heartening is the fact that the motivating force behind this effort has chosen mostly the wrong people to ask for advice.  And anyway, in visiting Gaza why did Kerry avoid the famously Muslim Ellison? Why did he pal around with… Tzipi Livni?

What is he up to?

The Schemes of Satan â€“ Divide and Conquer 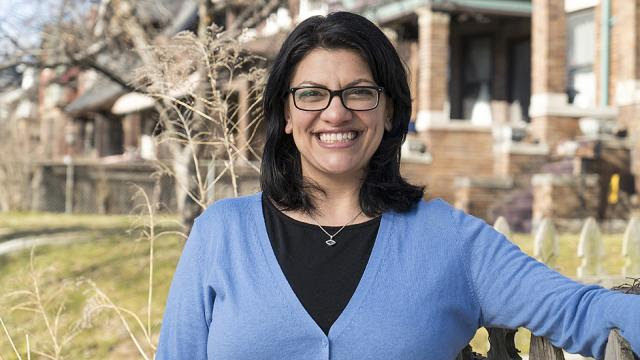