Relations between and its staunchest ally, the US, have suffered a â€œtectonic riftâ€, according to Israelâ€™s ambassador to Washington.

Michael Oren briefed Israeli diplomats on the sharp deterioration between the countries ahead of Israeli prime minister Binyamin Netanyahuâ€™s visit to the White House early next month.

According to those present, Oren said the situation had moved beyond a crisis that eventually passes. â€œThere is no crisis in Israel-US relations because in a crisis there are ups and downs,â€ he told the diplomats in Jerusalem. â€œRelations are in the state of a tectonic rift in which continents are drifting apart.â€

His analysis will alarm Israelâ€™s political establishment, which is feeling isolated internationally and under intense pressure to take concrete steps over the blockade of Gaza and settlement building in the West Bank.

Oren said President Barack Obama made judgments about Israel on the basis of cold calculation in contrast to predecessors George W Bush and Bill Clinton, who were motivated by historical and ideological factors. He suggested that Obama was less likely to be influenced by pro-Israel supporters inside or outside the White House. â€œThis is a one-man show,â€ he was quoted as saying.

Netanyahu and Obama are due to meet in Washington on 6 July after earlier talks were postponed following Israelâ€™s lethal assault on the flotilla of ships attempting to break the blockade of Gaza.

Netanyahu is keen for the meeting to be seen as a success after a string of difficult issues have ruptured relations. His last visit to Washington ended with what was widely interpreted as a snub when Obama declined to hold a photocall with the Israeli leader.

The agenda of next weekâ€™s meeting is unlikely to prove painless for Netanyahu. As well as discussing the flotilla debacle, Obama is expected to press for further action to allow imports, exports and people to move more freely to and from Gaza. In addition, Obama is expected to again raise the vexed issue of settlement construction. The 10-month partial freeze, wrung out of Netanyahu after months of pressure and negotiation, is due to end in late September.

Orenâ€™s remarks, reported in the Israeli press and confirmed by officials, go further than comments he made in March after the crisis over an Israeli announcement of a big expansion to a Jerusalem settlement during a visit by US vice-president Joe Biden. Then Oren told colleagues US-Israeli relations were facing their worst crisis for 35 years.

Netanyahu delivered a robust speech to the Israeli parliament last week, warning that the Jewish stateâ€™s legitimacy was under attack and criticising the UN and other international bodies for condemning Israeli policies and actions. â€œThey want to strip us of the natural right to defend ourselves. When we defend ourselves against rocket attack, we are accused of war crimes. We cannot board sea vessels when our soldiers are being attacked and fired upon, because that is a war crime.

â€œThey are essentially saying that the Jewish nation does not have the right to defend itself against the most brutal attacks and it doesnâ€™t have the right to prevent additional weapons from entering territories from which it is attacked,â€ he said. 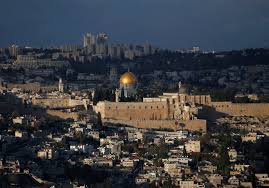