Diversity is one of my many blessings that we feel when in the Muslim Ummah. You can go anywhere in the world and find a Muslim community. It’s amazing what we’ve accomplished as a whole in the past two thousand years, in terms of the sheer number of people who practice Islam. Personally, living in Atlanta, which has a huge community, has opened my eyes to all different types of Muslims. In my small hometown of Madison, Mississippi, I was only surrounded by Sunnis, but in Georgia, I got to meet Shiites, Ismailis, and people of other sects.

As a person who likes reading and learning about the faith, it was interesting to hear different viewpoints on our religion. I know it’s an asset to be able to have logical and peaceful discourse on differing interpretations of the Quran, when people in other parts of the world are tearing each other to pieces over what they think. Yet, it’s sometimes easy to forget the issues that plague our own neck of the woods when we’re worried about the wildfire in another part of the forest.

Racism has been a quiet issue in our religion, whether we care to acknowledge this fact or not. Technically, it shouldn’t be, because there are numerous Quranic passages that tell us to accept our Muslim brothers and sisters of every race, ethnicity, or “tribe.” Even so, a key passage from the Quran says “O men, We created you from a male and female, and formed you into nations and tribes that you may recognize each other. He who has more integrity has indeed greater honor with God. Surely God is all-knowing and well-informed” (Al-Hujurat:13). So, it’s there, plain and simple, you as a Muslim person shouldn’t discriminate against people by race or ethnicity, rather by their iman or their “integrity.”

Yet, as we see time and time again, what’s on the paper doesn’t necessarily correlate to everyday life. However, the piece that I just mentioned is one of the most fundamental in the way Muslims are supposed to act and think. It reiterates the age-old notion of mutual respect to your fellow man, but you know it’s not practiced.

Just the other day, my mother asked if I had met any new male acquaintances at university. She was hinting at whether or not I had I had found a brown parent approved potential suitor who usually went along the description of Bengali, well-educated, handsome, and from a respectable family. I was a bit surprised at this comment. As a Muslim women, didn’t I have the freedom to marry any other Muslim man I want, as long as it was done in a halal and consensual way? In my parents eyes, definitely not. Granted, I know that my parents want what’s best for me, I found her viewpoint a bit skewed. They simply wanted the perfect little Bengali boy for their golden girl.

I asked my mother, what was wrong with marrying a Muslim Arab or any other Muslim? After all, Islam prides itself in its diversity. Why should I limit myself to people of the Indian subcontinent when there were nice Muslims all over the world? Our Prophet (pbuh) was trendsetting in his day when he was marrying women of different ethnicities. The Quran even said that it was better to marry a Muslim slave than an attractive and rich non-Muslim (Al-Baqqarah:221). Her answer? If I didn’t find Bengali mate in the future, then our cultures would clash and it would be an unsuccessful relationship. I also knew how that could be an issue; however, wasn’t the whole point of marrying someone in your religion supposed to be about a stronger, spiritual connection, as opposed to a meager ethnic connection?

You see, my parents’ problem stems from their innate bias towards non-South Asians, even non-Bengalis. Generally speaking, Muslims, especially those of South Asian, Arab, and Persian descent, are going to say that they’re not racist. Most people aren’t blatantly discriminatory. Even so, most Muslims don’t even think they intend on being discriminatory towards another group of people. However, we all have a subconscious bias that’s been wrought upon us from the imperialistic and patriarchal notions of the past.

There is a hidden racism that exists in our Islamic communities that’s not being addressed. The aforementioned personal example is just one of the many ways it creeps upon us in unexpected ways.

You can’t even deny it. You’ve heard that auntie say something overtly racist after hearing something in the news about an unfortunate (usually African-American or Latin) individual. You might’ve noticed how there’s considerable news coverage of the systemic racism against Muslims on white Arabs, while we fail to talk about the equally insidious plight of Muslim ethnic minorities. For example, if you’re reading this magazine right now, you’ve heard about the ghastly murders of Deah, Yusor, and Razan, but you probably didn’t hear about Abdisamad, the Somali teen who got run over by a car in a hate crime, nor did you hear about the other innumerable acts of violence committed upon Muslim people of color, especially those who are African or African-American, in the U.S. and in Europe that week.

Why would you, though? Our media is a reflection of us. We have a veiled bias towards our Muslim brothers and sisters of color, especially those who are African, African-American, or Latin. We see racial hierarchies at masjids, our holy places of worship. One race will dominate the workings of the Islamic community in certain areas. In your area, it could be Arabs, Persians, Pakistanis, Bengalis, Nigerains, or any other ethnicity. There’s an unspoken rule in our Ummah that whoever donates the most money to a masjid or an Islamic center, those people get to reap and keep the benefits of having that community all to themselves.

Again, let me remind everyone that racism in Islam isn’t always blatantly in front of us, but it exists and it has to be eliminated. Depending on where we look at, it’s not just one group as the oppressors and the others as the oppressed. The same ethnic groups that appear as oppressors are also part of the oppressed in other parts of the world. We see a hierarchy approach in the Muslim community, with South Asians and Arabs generally retaining dominance. However, in places like the United Arab Emirates and Qatar, South Asians are regularly discriminated against and taken advantage of. So, the issue of solving the underlying racism in Islam isn’t just for the benefit of one race, it’s for the advancement of everybody.

I know it comes as a shock to some people who would’ve never thought they, the people at their masjid, or even their Islamic community could have racial biases. It’s a hard pill to swallow, but one that must be addressed more often in our congregations all over the world. The first place to start is to address it and admit to it straight up. Even though I try to be as impartial to everyone that I meet as I possibly can, but there will still be a bias lurking. The second step would be to teach ourselves and future generations of Muslims about the destructiveness of stereotypes and chauvinism. Then, I feel that it would be necessary to remove the man-made concept of race and replace it with genetic origin, which is less divisive than the latter term. Understanding racism and bigotry are important steps to forget the imperialistic past that many Muslim cultures have had to endure. It’s a way to heal the wounds left by our forefathers and to hope for a more enlightened, accepting, and open world for the future.

Editor’s note: the writer’s views are her own. 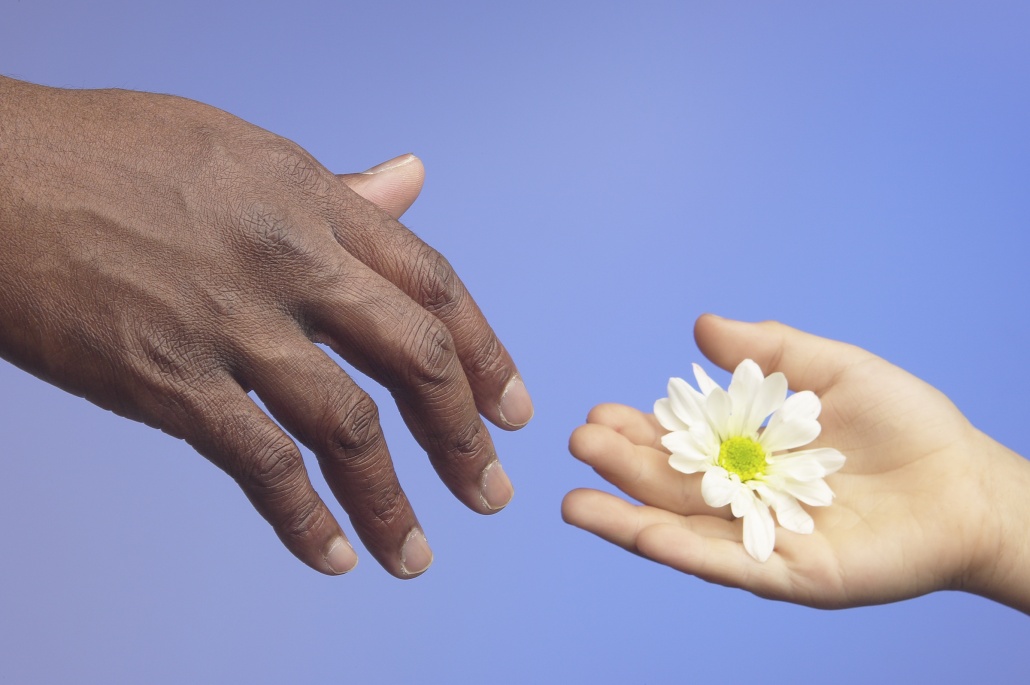 The iPod explained, for kids

© 2020 MuslimObserver.com, All Rights Reserved
Jesus’ message embraced by Islam and Christianity Map of religions reveals a world of change for Christians, Muslims and Jews
Scroll to top