Anyone listening closely to what the financial media offers as positive information may be quite confused about whom to believe regarding the outlook for the U.S. economy and stock markets. Doesnâ€™t it seem now like the bearish side of that debate might be piling up the wins? Knowing who is right proves valuable to investors. But how can we be sure about who is right and who is wrong?

I find it â€œa mustâ€ to check the recent track records of those who offer opinions, as these tend to provide a very good indication of whose views will prove correct in the coming months. The task of choosing whom to believe gets easier when we compare what is happening now with who has been on the correct side of the ongoing Bull/Bear argument.

Remember last year when the Bears were warning that the housing market was headed for trouble? At the same time, bullish promoters assured us that housing and mortgage problems were relatively small and â€˜â€™contained.â€™â€™ Today we see daily confirmation of those Bear warnings in newspaper and evening news reports.

Foreclosures are now running at a record clip, and investment banks like Merrill Lynch and Citigroup, which employ some of the smartest financial minds in the world, are looking for new CEOs. The men who recently held those top management positions were dumped — after disclosure of massive losses in housing-related investments.

Investment banks in Europe and Asia are also feeling the pinch, with UBS and Mizuho Bank warning of large losses. Of course, one of the major difficulties that big banks and brokers encounter is that they still do not know the full extent of the losses on their balance sheets.

So what do the Bears (or should I call them â€˜â€™the Realistsâ€™â€™?) foresee on the real estate front? I just read the following from Nouriel Roubiniâ€™s excellent web blog, found at www.rgemonitor.com. It deals with using new accounting rules designed to flush out the true size of the looming problems in structured credit.

â€˜â€™New reliable estimates suggest that using these market prices â€“ rather than level 3 model gimmicks – will lead to losses of another $100 billion on top of hundreds of billions of subprime losses. And some market participants are already talking â€“ quite realistically â€“ about total losses from this credit disaster in the $500 billion range.

â€˜â€™Indeed, losses of the order of $500 billion are actually quite reasonable and likely once you account for all the losses from subprime, near-prime, prime mortgages, CDOs, CLOs, failed LBOs, auto loans, credit cards and other consumer credit, commercial real estate loans, a variety of asset backed securities, level 3 asset value recognition at market values, and other financial market losses. Subprime alone is now estimated to lead to losses as high as $238 billion based on a mark to market analysis.â€™â€™

Of course, we canâ€™t be sure that this analyst will be proven right. But heâ€™s been right more often in the past couple years than those who assured us that sub-prime mortgages were a small portion of the overall market and could easily be absorbed without major disturbances to the markets.

Looking at energy, Matthew Simmons, who wrote the book about peak oil, Twilight in the Desert, warned about declining supplies of oil and prices that were headed much higher with new demand from places like China, India and oil producers like Saudi Arabia. For each of Simmonsâ€™ assertions, we heard an equal number of stock market Bulls telling us not to worry. They believed that oil was plentiful and new technology would make even more of it available. Now, with the price of oil nearing $100/barrel, who seems right to you?

Bulls have also showered us with information that purportedly proves their assertions that the U.S. economy is healthy, inflation is low and any talk of recession is nonsense. Oddly, in a recent poll, 67% of Americans think the country is headed in the wrong direction; about the same number think that we are already in or will soon head into recession.

Some Realists like John Williams (shadowstats.com) have been describing the economy as already in recession. Williams supports that premise with statistical evidence showing that the Governmentâ€™s method for calculating inflation is deeply flawed. Ask yourself this simple question: has your cost of living been increasing at about 2%/year for the past few years?

With oil selling at record prices and gold at a new, 28-year-high, with food, health care and insurance costs going up sharply, how is it be possible that overall costs have risen only 2%? Can the dollar continue to get hammered without prices rising in response?

An interesting tidbit in Williamsâ€™ latest monthly report brings back a valuable historic anecdote worth reconsidering.

â€˜â€™A week ago last Friday â€“ the 20th anniversary of the 1987 stock market crash â€“ I had a leisurely shoe shine at the BART (subway) station in San Franciscoâ€™s financial district. As I received one of the better shoe shines of my life, the bootblack regaled me with stories of his stock market exploitsâ€¦

â€˜â€™The circumstance brought to mind the tales of how both Joseph Kennedy and Bernard Baruch had decided to get out of the stock market before the 1929 crash, based on their bootblack, Patrick Balogna, giving stock tips.â€™â€™

This may be nothing more than an interesting bit of information with little economic muscle, but do with it what you will.

Another realist who seems on top of problems that have become too obvious for Bulls to spin into yet more reasons to buy stocks is Jim Willie of The Hat Trick Letter. Included in his most recent posting is this vision for what he considers likely to occur — sooner or later — based on his reading of our economic fundamentals.

â€˜â€™We are heading to a 3000 gold price in conservative terms, since the problems in the United States are insurmountable, unfixable, without any remedy. The only real life solution will be a more visible totalitarian state complete with rationing. If you believe rationing will not happen, just look at the crack spread, the difference between the oil price and gasoline price.

â€˜â€™It is rising dangerously, crimping energy firm profits. Unless the gasoline price rises by 50 cents, we are certain to face shortages, lines to buy gasoline, and fights. Next come riots. In fact, job loss, home foreclosure, food prices, gasoline shortages, and bank runs will likely be the basis of social chaos in the next two years. One will not be capable of recognizing the US landscape in ten years, maybe five years. The whole world will be watching.â€™â€™

Again, this opinion may sound rather extreme to most, even those who think rationally and skeptically about what passes for objective opinion in the financial media. But Willie has been more right than wrong in seeing the deterioration of fundamentals in our economy, the housing and mortgage debacle included.

Saying that the worst case scenario is the most likely to occur is not the most popular thing a writer does. But with the stock market as shown by the S&P 500 lower now than six months ago and lower than its previous peak in early 2000, doesnâ€™t the concept of a secular bear market look all the more plausible?

Whom to believe? Follow the advice of those who have proven right in the past â€“ or ideas with which you feel most at ease. The very fact that the broader stock market is lower today than it was seven years ago, in nominal terms, and well off its old highs in real terms, after adjusting for inflation, is signal enough for me. And if your bootblack, plumber or doctor is now telling you how easy it is to make money in stocks, think hard about running the other way and selling your shares! 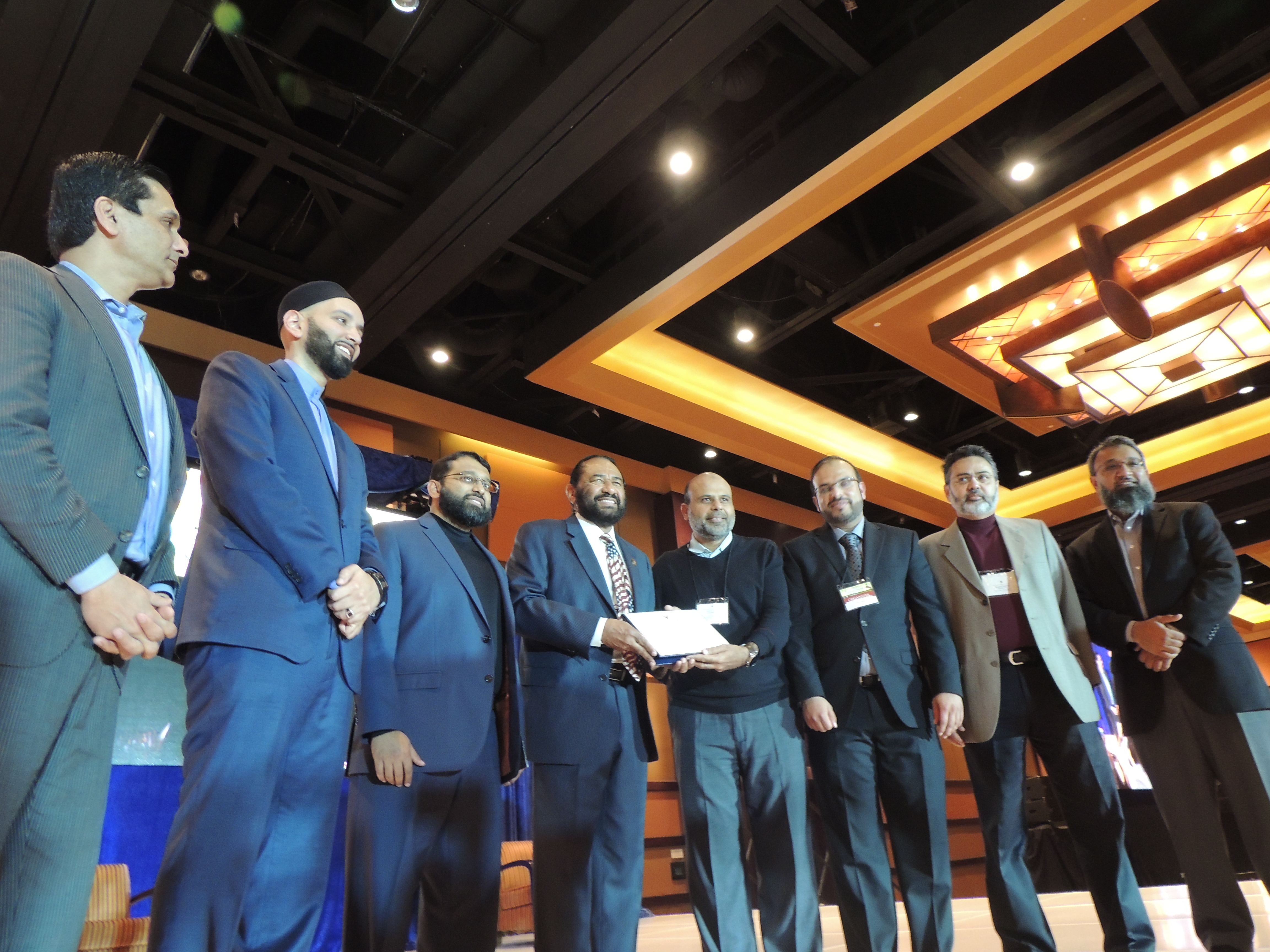 Diversity Award for Hajar Ahmed
By Ayub Khan, TMO The University of Virginiaâ€™s Office for Diversity and Equity has chosen Hajar Ahmed, a fourth-year student…

When NYPD Wears a Kufi

© 2020 MuslimObserver.com, All Rights Reserved
MANA: The State of the Black American Muslim Community Pakistan or Land of ?
Scroll to top