Richardson, Texasâ€”July 31, 2010. It was a thriving evening for the families who attended the Inaugural Fundraiser for the Furqaan Academy Collin County (FACC) on July 31st.

The Inaugural Fundraiser was launched to showcase the new Furqaan Academy Collin County and its leadership. It was attended by nearly 200 people and raised close to $60,000.

â€œWe wanted to host a public event to introduce this newest and promising Islamic School to the DFW [Dallas Fort Worth] community. Though a good number of our parents and community leaders were traveling in the summer, we were happy to see an attendance of almost 200 peopleâ€, said Wajahat Sayeed, the President and Founder of Al Furqaan Foundation, a non-profit that spreads the message of the Qurâ€™an everywhere, the parent of the Furqaan Academy franchise.

At the Inaugural Fundraiser a few of the notable guests included Imam Dr. Zafar Anjum of Frisco, Imam Yaseen Shaikh of Plano and keynote speaker Dr. Abidullah Ghazi, the founder of the Chicago based IQRA INTL.

Hussain Kedwaii, Chair of the FACC Steering Committee, welcomed the guests and shared the vision, mission and goals of the Academy. Shaheen Madni, Noor Anwer, and Wadud Hassan, members of the management team of Furqaan Academy spoke at the event to capture the vision and introduce the programs of their respective schools: the daycare, elementary and secondary schools.

â€œWe want them to be curious and involved, to express their feelings and ideas freely and constructively, to practice self-control and to learn how to compete with others. To meet these goals and beliefs with respect to the childâ€™s intellectual development, our approach encourages the problem-solving ability. Reading, Writing, Math, Arabic, Islamic Studies, Science and Social Studies are important parts of the program and are always based on the level and interests of the individual child,â€ said Shaheen Madni, the Director of the Furqaan Academy Daycare.

Hassan, the Secondary School and Special Programs Manager, is charged to plan for the Middle and High School grades. â€œThe Middle and High School Age is a delicate time â€“ maintaining the highest quality instruction and resources to keep the students engaged while also training them to develop their character and faith to fully appreciate and respect the education they are receiving is the key to their success,â€ mentioned Hassan during his speech at the event.

The Inaugural Fundraiser on July 31st marked an important milestone for Furqaan Academy Collin County, as this opportunity was used to showcase the school leadership, share the schoolâ€™s vision with the DFW leadership, allow community members to support the project and to share in the reward of starting the first full time Islamic school in the area.

The Academy is building a unique full-time Hifz (Qurâ€™anic memorization) and Islamic school offering quality instruction for the core subjects of Math, Science, English and Social Studies while integrating Hifz and Arabic to embed the understanding and real appreciation of the Quâ€™ran in the minds of the young students.

The Furqaan Academy is the first full-time Islamic school to offer a full range of educational services including a daycare, which starts next week for infants and children up to 5 years, and an elementary school in the upcoming school year. The elementary school currently offers Kindergarten through 5th grade and is scheduled to open its doors to students on August 23rd.

The members of the Collin County community were blessed to have the opportunity to become a pioneer in establishing prestigious Islamic Institutions such as the Islamic Association of Collin County, Islamic Association of Allen, East Plano Islamic Center and Islamic Center of Frisco; now it is an opportunity to become a pioneer in establishing the first full time Islamic school in Collin County and reap the rewards for all its offerings in the future. 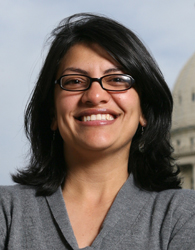