In a few days, my nephew, B, will be a year older. Birthdays mean parties, and parties mean gifts, and gifts demand giftwrapping, which ends in ripping and tearing. But let’s not get ahead of ourselves. The present is the problem. B’s transitional, too big for little kid toys, but too young for older boys’ games. Even if he did fit neatly into either category, smaller nephew Q and littlest niece N must be taken into account.

Q has veto power: He’s only a year and a half younger, which means dangerously proximate. He’ll be expecting a gift, at least one he can also play with, or at very least one he’ll not be tempted to destroy in a juvenile fit of jealousy. Then there’s N, who wasn’t even with us a year ago. She tends to look down on the ground, and so anyone who does not keep her far from the floor, but she’s also curious. Forget looking gift horses in the mouth. I don’t want a gift that could slip into her mouth.

My first thought’s for books. There are far more books for small Muslims than when I was young, because anything is more than zero. But the kids have plenty of books already, I’ve bought books before for them before, and I don’t want to be the uncle whose hallmark gift makes it seem like my secret power is librarian. Even though I look at books like B looks at—well, nowadays, Legos. He loves Legos. He knows them inside and out, and can assemble them pretty much on his own.

I grew up loving Legos, too, and can’t get enough of them, which I’ve been reminded of as I’ve watched him became fascinated by them. If I had money, and space, I’d go nearly bankrupt buying Legos, and that’s a lot of money because we’re assuming I have a lot of money. Me and Legos are like Salafis and itr. A few years ago, I swooned over the Taj Mahal set. It cost several hundred dollars and had several thousand pieces. I should’ve bought it, not least because unopened versions now go for several thousand dollars. Naturally, they don’t sell it anymore. Window closed.

My brother and I mooted suing Lego for riffing off a family heirloom, or at least causing us emotional distress in the process. Which is to say, I didn’t buy B Legos. Because his interest might be waning—it’s hard to say. Now he’s into buses, especially the double-long ones, called ‘articulated’ for reasons I do not want to understand—it looks like two buses got glued together with the only thing available, which was an accordion. One day, B swears, he’ll drive such a bus. I don’t have the heart to tell him that by the time he’s old enough, there won’t be bus drivers, but robots driving buses around, assuming they’ve left any of us alive.

Needless to say, that’s not the gift I got. As I’d exhausted Amazon, I ended up at Barnes and Noble, wandering the toy section—and then it hit. I was way overthinking. The whole point was fun. And I was, if I was honest, having fun: Thinking about toys I’d like. Considering what I might purchase if I had the time, the space, the cash. Gifts for the sake of gifts. Buying something just because it’s awesome. Not because it leads to an end. We live overly structured lives, don’t we? We could use rather less seriousness and rather more diversion. There’s only so much tolerance one has before one is broken.

When I was first studying Islamic law, I was taught that all actions were usually classified into five categories: obligatory (fard), recommended (sunnah), neutral (mubah), disliked (makruh) and prohibited (haram). Some scholars added more, but some subtracted—minus the neutral. Either you must, should, shouldn’t, or absolutely mustn’t do a thing. I used to like the idea of a neutral. It meant Islam wasn’t everything. That you could be yourself, from time to time. But now I’m less fond of the category. Precisely because ‘neutral’ is far too apologetic. Far too weak a word for far too great a need.

We spend too much time absorbed in ostensibly purposeful activities, to the point of exhaustion and irritability. We are drowning in information. Sure, it’s nice to watch a movie like Lord of the Rings, wherein each word and action means something, but it’s also possible to overdose on meaning, to choke on it, to get bored of it, to be trapped inside a Twitter feed of outrages you are told you have to get angry about—even if there’s nothing you can do about them. Which means, in the end, you’re just staring at information that aggravates you, to the point of crisis, and then either you’ll want to do nothing, or you’ll want to do something you shouldn’t.

This appears to be the great flaw of modern Islam, though I emphasize the word ‘modern’—we are a product of our times. We treat wiping the socks as if it’s a matter of life and death. Even as we are inundated with images of deaths we cannot stop. Which is why we don’t know how to build institutions, or durable communities, and fight amongst ourselves with alarming regularities. The Middle East was once dismissively derided as no more than ‘tribes with flags’—now these tribes are, in turn, split into many more tribes, half of them flying nearly the same flags, and killing each other all the same.

We have lost the ability to see things in perspective. We want everything to mean everything. We make the least of deeds the most important, and therefore the most important become nearly irrelevant. There’s no perspective. There’s no ordering. There’s no pause, no break, no time-out. No recess. If some people in the world don’t take things seriously enough, many people take things far too seriously. It’s no wonder I still meet young American Muslims who tell me all their imam does is yell. Somebody needs to buy that man some Legos. Age appropriate, of course, with plenty of small pieces that might get stuck in his throat. Because some silence is golden. However you get there. 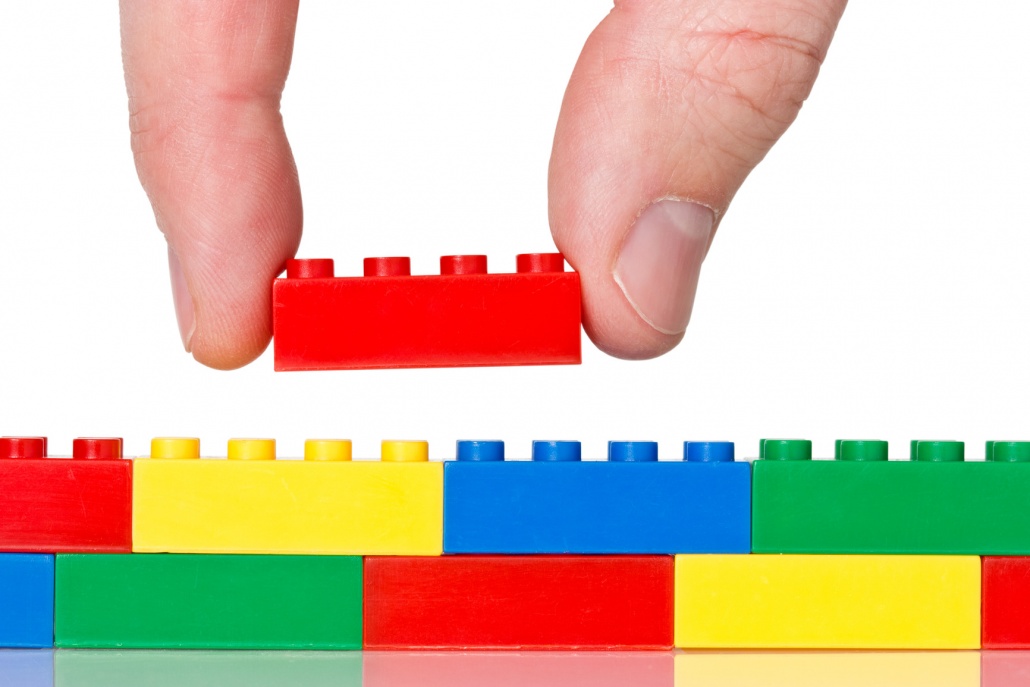