In Gaza, an IT Company Has Google-Sized Aspirations

GAZA (Reuters) – His company may not rival Google or German software maker SAP yet, but Gaza-based IT entrepreneur Saady Lozon has plans to change that.

In nine years, Lozon and his partner Ahmed Abu Shaban have transformed their firm, Unit One, from a tiny outfit in a single room in the blockaded Gaza Strip into a successful business with clients in Europe, the United States and the Arab world.

They can’t leave Gaza easily, but they can develop applications for Web and mobile devices online and provide international clients with data-management services, competing with firms in India and elsewhere.

“We have managed to knock a hole in the wall of the blockade,” Lozon, 33, said of the company, which will soon expand to more than 60 employees from 13, the majority women. “We deliver in time, just as the client wishes.”

Lozon and Abu Shaban came up with the idea after graduating with degrees in computer science. Lozon worked briefly as an IT contractor for the United Nations and quickly realized he would rather run a company of his own.

They won their first client after making a pitch via Skype and offering a free trial. They borrowed money from friends to buy computers and slowly expanded. The firm now occupies two apartments on the 5th floor of a building in a smart district of Gaza overlooking the Mediterranean.

At the offices, dozens of women, most wearing headscarves, are busy at work, one group entering data on global trademarks for a company in the Netherlands.

Initially Unit One was focused on software development and building apps for iPhone and Android, but now there is a larger unit handling data-processing.

Along the way there have been serious hurdles, including the war between Hamas and Israel last July and August which caused staffing and power disruptions, and the fact banks in Gaza cannot easily receive transfers from abroad.

“It was difficult at the beginning,” said Lozon. “In 2006, when the blockade started, we had to open an account in the West Bank,” he said, referring to the other Palestinian territory, which is not subject to the same restrictions.

Israel imposed a blockade on Gaza after the Islamist group Hamas won power in 2006. Both Egypt and Israel continue to impose tight controls on the movement of goods and people in and out of the enclave, where 1.8 million people live.

Lozon said the Gaza war had been particularly problematic in an industry where success depends on quick delivery.

“We are trying to regain trust,” he said. “We are telling everyone that Gaza can do the job regardless of the obstacles.”

Asked about finances, Lozon declines to go into detail, but says the company is profitable and expanding. When he advertised for 10 new jobs, he got 400 applications.

“We are working to be like Google,” he said with confidence. “I hope to make Unit One like Google for the people of Gaza, not only for business but also for entertainment.” 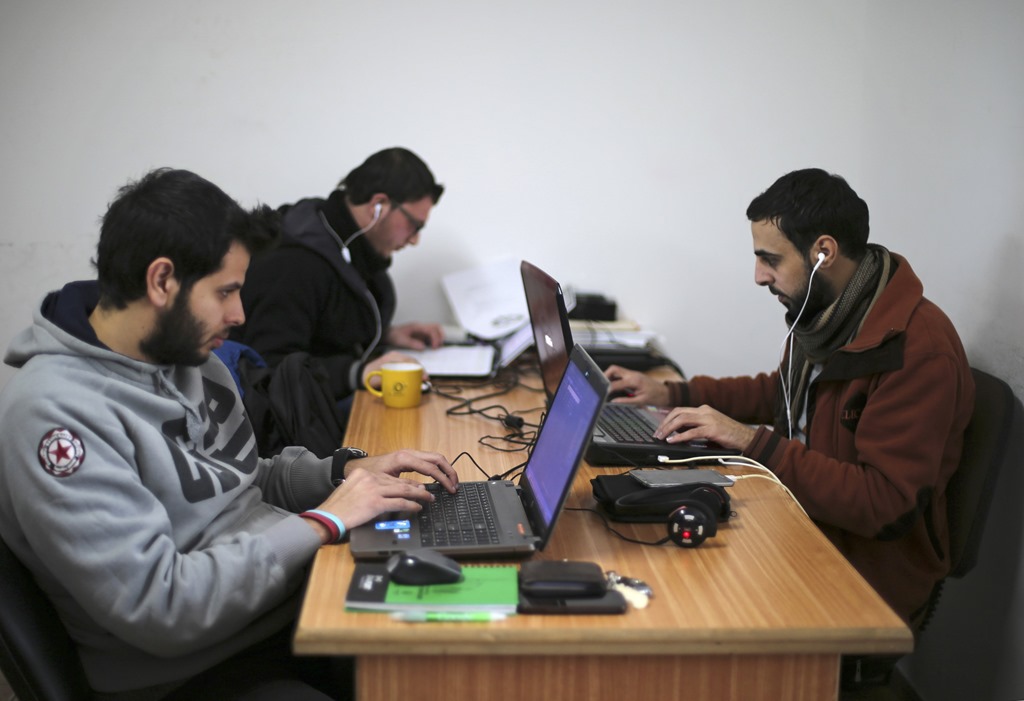 © 2020 MuslimObserver.com, All Rights Reserved
As Obama Visits, Signs that India is Pushing Back Against China