I vividly remember hating pigs as a child. I’m ashamed to say it now, but it was a rather intense and illogical hatred. It wasn’t enough for me to simply not eat pork. No, I wanted to kick it up a notch. That meant hating the actual animal pork comes from. I hated pigs, piggy banks, pig toys, pig costumes, pig paraphernalia. Even that delusional Miss Piggy got no love from me. I remember yelling at the TV, begging Kermit to hate her as much as I did. Over the years, my zeal faded, but I kept a small amount of hatred in the back of my mind. You know, just in case I ever ran across a Muppet Babies rerun.

And so I carried this ridiculous pig hatred all the way into my adult years until one day when I asked myself, “Why do you hate pigs so much? What in Islam tells Muslims to have any type of ill feelings toward them?” I was stumped. Couldn’t answer. I knew for certain we weren’t supposed to eat from the pig, but was it also wrong to like them? I had never taken the time to think about it. All I knew was that it was my implicit duty as a full-blooded Muslim to hate pigs. No one actually ever told me that, and no Quran verse ever implied it, but something about it just felt true in my bones.

But why is that? Why did I feel the need to put extra requirements on myself, and why did I get a sense of satisfaction out of doing something Allah never suggested? This realization made me think about the difficulties and harshness we sometimes force into our lives. It’s as if we like finding things to disapprove of, as if deeming them haram gets us bonus blessings. Allah does not want submission to be a burden on us. There is no need to make up extra rules.

What I’m realizing now more than ever is that His world is spacious and full of good. For every forbidden deed, there are many other lawful deeds waiting for us to enjoy them. This isn’t just about how I look at pigs. It’s about how I look at and exist in the world. Is my sole purpose simply to search out and avoid the unlawful, or have I given myself the space and time to relish in Allah’s mercy? Because it is here for us—the brilliant smell of flowers, the textures and flavors of food, the visual delight of beauty, the sensation of a warm embrace, the sound of a beautiful voice—it is all here for us, created by the best of Creators.

If we were to create a list of all the haram things and another of everything permissible, the latter would outstretch the former. It would go on for miles and miles, long after the other had stopped. It would wrap and ravel around itself, too big to be contained. But do we always realize that, or do we spend valuable time hating Miss Piggy?

Now that I have my own children, I’m trying to help them walk a more balanced path. Of course, I’ve taught them that we don’t eat anything from the pig, but I also explained to them that pigs are wonderful animals that help create the delicate balance of nature. Like any other scavenger, they eat dirty, unwanted material. They are nature’s garbage disposals, and the world is better off because of them.

But even after saying all that, I still have an aversion to pigs. Old habits die hard, I guess. At least I don’t hate them though, and if I saw one walking down a street, I promise I wouldn’t have the urge to kick it. Instead, I would just stand at a good distance and say, “Oh, what a sweet little pig.” And by that I would mean, “I accept all of Allah’s mercy.” Because that’s really what this is about: being open, loving, and not so quick to write something (or someone) off as bad and unworthy of respect.

Not too long ago, I let my daughter get a piggy bank—the kind that actually looks like a pig. Wild, I know. Trust me, it wasn’t easy. My initial reaction was to get that nasty thing out of her hands and rush home to do an eBay search for “lamb bank” or “chicken bank.” Who knows, I probably would have bought a shrimp bank if I came across one. But that was the old me. The new me just took a deep breath and shelled out the $10. My hope is that I did not just buy her a pig-shaped bank, but that I have also taught her a lesson in Allah’s mercy and balance. 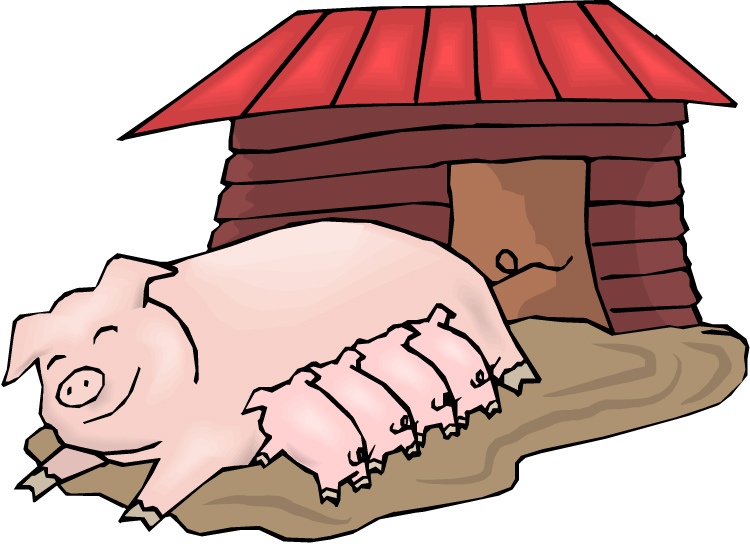 © 2020 MuslimObserver.com, All Rights Reserved
The view from our fathers’ shoulders Turkey and Iran look past differences
Scroll to top