How to make a family

We are “those people”—the ones who got pregnant when we were in the process of adopting. Everyone seems to know someone to whom this has happened, and if you can arrange such a thing, I highly recommend it. It’s the kind of amazing, instant family that makes the woman who interviewed nannies and swore she’d never take more than a six-week maternity leave announce in the delivery room—to her nurse, not her husband—that she was “never going back to work.”

There are, of course, Muslims who say that adoption is forbidden in Islam. To them, I will simply say that God has told us to care for the orphans. And this column is probably not for you.

When we think about the sacred duty to concern ourselves with the wellbeing of orphans, we tend to think it’s for the benefit of the child, and to some extent, of course, this is true. The Qur’an is especially and repetitively clear on this issue, and for good reason: A child with no parents is exceptionally vulnerable, and deserving of the utmost protection.

But I can assure you that, like any other form of parenting, the rewards flow up far more than they flow down.

The first time I saw my oldest son, I stole his picture. The social worker called me at work to say she had a photo of a little boy she thought would be a good match for us. She said I could pick it up at my convenience. I rushed to tell my boss and my paralegal. “Go!” they said in unison, even though it was the middle of the work day. When I got to the adoption agency, there was no one behind the glass divider. I knocked. I waited. I knocked some more. I leaned in and saw an envelope scrawled with my name sitting on the desk. I surreptitiously slid the glass divider open, took the envelope, and rushed to the car, where I stared at the photo, both laughing and crying.

The second time I saw my son, I fell in love. He was half asleep, peering over the shoulder of his foster mom. There are no words to explain how cute he was, a mere twenty months old, or how much I wanted to take him home right then. Instead, for six months he visited us on weekends before being placed in our home permanently.

The adoption was final two weeks after I gave birth to our daughter. We went to court with our son decked out in khaki pants, a navy blazer, and the tiniest of ties. In the judge’s chambers, I held my newborn daughter and watched my new son with his precious hand under the judge’s as they signed the paperwork together. It is the kind of memory that presses into your heart and emblazons itself forever across your soul.

Throughout the adoption process, the social worker had raised tough questions. My husband is Pakistani. I am white. We were adopting an African American child. As many parents in intercultural families know, when you have a child who is or appears racially or ethnically different from you, there will be comments and not always kind ones. Whatever you think of how and when to tell a child he is adopted, and however much you know in your heart you love your children equally, that does not mean a child always processes it that way. It does not mean the child doesn’t have doubts in the quiet part of his heart about his place in his family, or that he wants to navigate those doubts in public. And it does not mean, for example, that your child wants to stand at the checkout of a department store, have the woman behind the register look at him and his two siblings, and say gruffly, “Why is his skin so much darker than theirs?”

There are rude, tactless people, but there are other, kind people as well. If you’re very lucky there will be lots of these people, like the elderly white woman who approached us while we were grocery shopping, spoke playfully to our son, and then turned to my husband and me and said, “He’s so beautiful. He’s the perfect combination of the two of you.”

I think of that woman often, and the gift she probably doesn’t even know she gave us. My son is beautiful. After raising him for fifteen years, he is indeed the perfect combination of us.

And on this Mother’s Day, no more and no less than my other two children, I know that he is mine and I am his. And for that, I am deeply and undeservedly blessed. 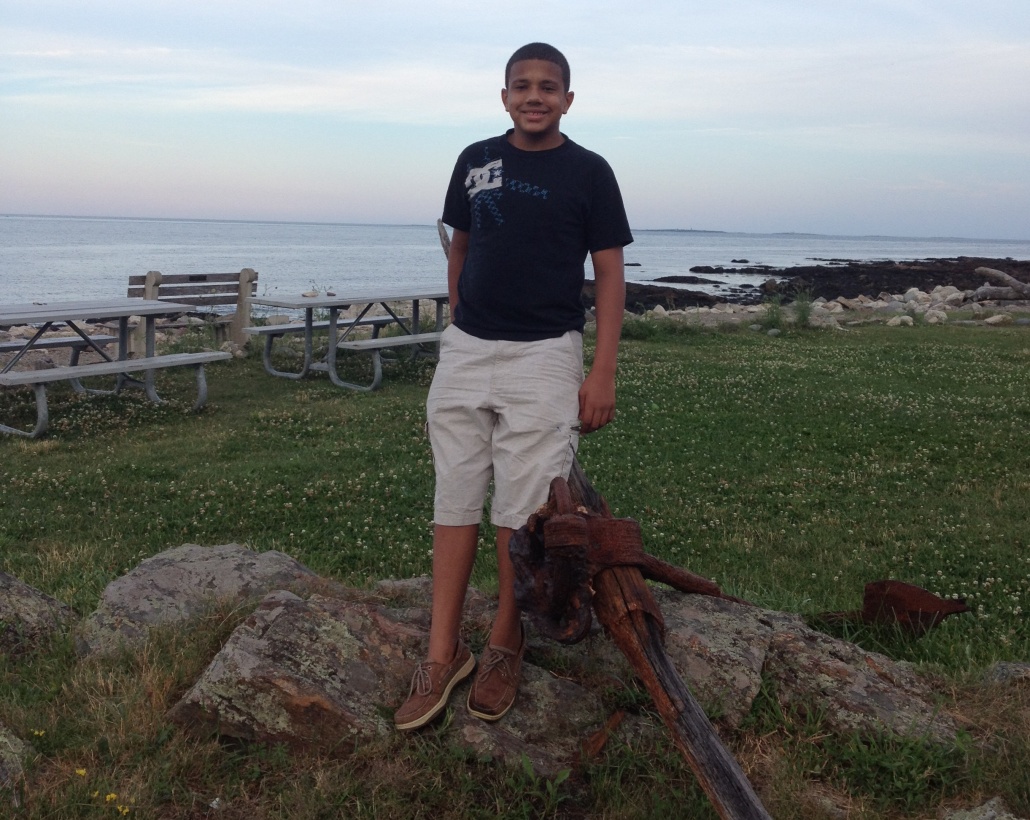