Helen Thomas, the trailblazing reporter and columnist who was known as the â€œDean of the White House Press Corps,â€ has died at 92.

The Gridiron Club, the press group that counted Thomas as its first female member, announced the news in an email, Politico first reported. The Associated Press saidThomas had been sick â€œfor a long time.â€

By the end of her career, her chair in the White House briefing room had been adorned with, as the New York Times wrote, â€œa small plaque with her name, the only seat in the briefing room designated by the name of a person, not a news organization.â€

Thomas became known for her tough, relentless questioning of presidents and press secretaries. It was not an uncommon sight to see a president repeatedly saying, â€œHelenâ€”Helenâ€”Helen,â€ as he tried to get a word in edgewise. She became a special foe of the Bush administration, whose policies she openly loathed. President Bush famously refused to call on her at press conferences for years at a time, perhaps due to exchanges like this one, as described by the AP:

In March 2005, she confronted Bush with the proposition that â€œyour decision to invade Iraq has caused the deaths of thousands of Americans and Iraqisâ€ and every justification for the attack proved false.

â€œWhy did you really want to go to war?â€ she demanded.

When Bush began explaining his rationale, she interjected: â€œThey didnâ€™t do anything to you, or to our country.â€

â€œExcuse me for a second,â€ Bush replied. â€œThey did. The Taliban provided safe haven for al-Qaeda. Thatâ€™s where al-Qaeda trained.â€

â€œIâ€™m talking about Iraq,â€ she said.

It was that outspokenness that led to Thomasâ€™s resignation from her White House job in 2010. After she was recorded on tape saying she thought Israelis should â€œget the hell out of Palestine,â€ the ensuing controversy forced her to step down.

Even so, on Saturday, her former colleagues remembered Thomas for the paths she carved:

Starting with the Kennedy administration, she was the first woman to cover the president and not just the First Lady.

At her urging in 1962, Kennedy said he would not attend the annual dinner of the White House Correspondents Association unless it was opened to women for the first time. It was.
And in 1975-76, she served as the first woman president of the association.

Women and men whoâ€™ve followed in the press corps all owe a debt of gratitude for the work Helen did and the doors she opened. All of our journalism is the better for it.
Read more on Thomasâ€™s life from her Associated Press obituary:

Her disdain for White House secrecy and dodging spanned five decades, back to President John Kennedy. Her freedom to voice her peppery opinions as a speaker and a Hearst columnist came late in her career.

The Bush administration marginalized her, clearly peeved with a journalist who had challenged President George W. Bush to his face on the Iraq war and declared him the worst president in history.
After she quit UPI in 2000 â€“ by then an outsized figure in a shrunken organization â€“ her influence waned.

Thomas was accustomed to getting under the skin of presidents, if not to the cold shoulder.

â€œIf you want to be loved,â€ she said years earlier, â€œgo into something else.â€

There was a lighter mood in August 2009, on her 89th birthday, when President Barack Obama popped into in the White House briefing room unannounced. He led the roomful of reporters in singing â€œHappy Birthday to Youâ€ and gave her cupcakes. As it happened, it was the presidentâ€™s birthday too, his 48th.

Thomas was at the forefront of womenâ€™s achievements in journalism. She was one of the first female reporters to break out of the White House â€œwomenâ€™s beatâ€ â€“ the soft stories about presidentsâ€™ kids, wives, their teas and their hairdos â€“ and cover the hard news on an equal footing with men.

She became the first female White House bureau chief for a wire service when UPI named her to the position in 1974. She was also the first female officer at the National Press Club, where women had once been barred as members and she had to fight for admission into the 1959 luncheon speech where Soviet Premier Nikita Khrushchev warned: â€œWe will bury you.â€

The belligerent Khrushchev was an unlikely ally in one sense. He had refused to speak at any Washington venue that excluded women, she said.

Thomas fought, too, for a more open presidency, resisting all moves by a succession of administrations to restrict press access.

â€œPeople will never know how hard it is to get information,â€ Thomas told an interviewer, â€œespecially if itâ€™s locked up behind official doors where, if politicians had their way, theyâ€™d stamp TOP SECRET on the color of the walls.â€

Born in Winchester, Ky., to Lebanese immigrants, Thomas was the seventh of nine children. It was in high school, after working on the student newspaper, that she decided she wanted to become a reporter.

After graduating from Detroitâ€™s Wayne University (now Wayne State University), Thomas headed straight for the nationâ€™s capital. She landed a $17.50-a-week position as a copy girl, with duties that included fetching coffee and doughnuts for editors at the Washington Daily News.

Her big break came after the 1960 election that sent Kennedy to the White House, and landed Thomas her first assignment related to the presidency. She was sent to Palm Beach, Fla., to cover the vacation of the president-elect and his family.

JFKâ€™s successor, Lyndon Johnson, complained that he learned of his daughter Luciâ€™s engagement from Thomasâ€™s story.

Bigger and better assignments would follow for Thomas, among them President Richard M. Nixonâ€™s breakthrough trip to China in 1972.

When the Watergate scandal began consuming Nixonâ€™s presidency, Martha Mitchell, the notoriously unguarded wife of the attorney general, would call Thomas late at night to unload her frustrations at what she saw as the betrayal of her husband John by the presidentâ€™s men.

It was also during the Nixon administration that the woman who scooped so many others was herself scooped â€“ by the first lady. Pat Nixon was the one who announced to the Washington press corps that Thomas was engaged to Douglas Cornell, chief White House correspondent for UPIâ€™s archrival, AP. 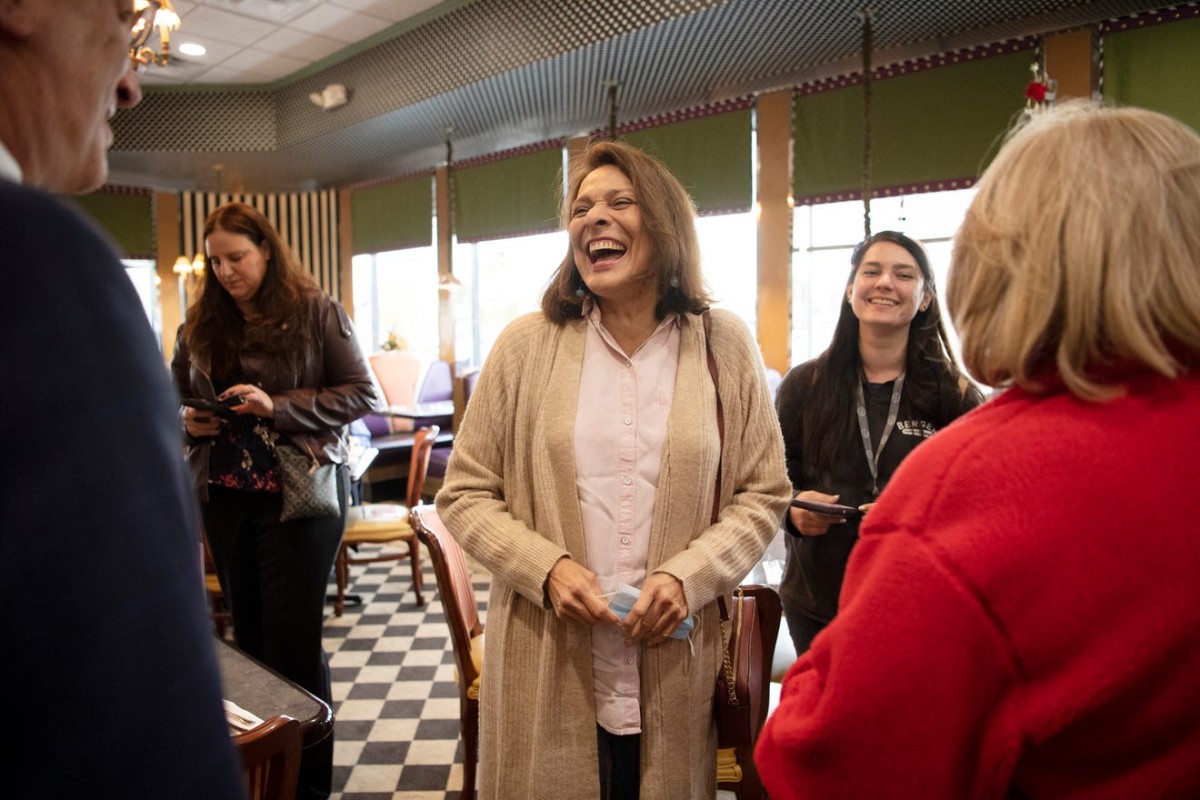 Doing Bin Laden’s Work for Him