â€œThe very concept of objective truth is fading out of the world. Lies will pass into history.â€

In my last submission for this space I also quoted Will Rogers telling us that â€˜â€™itâ€™s not what we donâ€™t know that hurts us. Itâ€™s what we know that ainâ€™t soâ€™â€™. And so much of what we hear and adopt as our views just ainâ€™t so.

How did we get here in the vaunted Information Age? How do so many come to believe so many things that are clearly not true when subjected to any objective scrutiny? What is a think tank? What is propaganda? Why do I ask so many annoying questions?

I think itâ€™s because living in a democracy isnâ€™t free. We are required to know whatâ€™s going on in our government so we can check their worst impulses, such as going to war on false claims like Iraqâ€™s WMDâ€™s or the Gulf of Tonkin incident, something our leaders have elevated to a high art form.

â€œWar against a foreign country only happens when the moneyed classes think they are going to profit from it.â€  -George Orwell

If we donâ€™t ask annoying questions, weâ€™re not fulfilling our obligations as an electorate. That duty has become imperative when looking again at the Orwell quote above. Do any of you think our government is telling us the truth on important matters of war and economic policy?

Were their warnings of imminent terror threats in recent years as big a thing as they made them out to be? Were their comforting words on the health of our economy in 2007 and the small bumps in the road to come as small as they said theyâ€™d be?

So we know how and why we are lied into wars, and who benefits. We learned after the Iraq War was underway that the retired generals who got air time on cable news shows promoting the war were working for entities like defense contractors who stood to benefit enormously. No one at the time thought to ask if they had any conflicts of interest.

This can be seen as easily when it comes to setting economic policy. One thing Iâ€™m sure most of you would readily agree with is that capitalism is the best, if not only economic system we should be using. Socialism is bad and a sure road to ruin. We can be sure of it since we hear it over and over again in the media with no one on the other side of the issue taken seriously.

But again, is it true? Stop rolling your eyes. Letâ€™s stop to do some very basic scrutinizing and ask some inconvenient questions and see where it takes us.

Now, as to what Socialism is, look at the fingers on both of your hands. If you ask that many people for a definition, youâ€™ll likely get that many answers. For the purposes of this article, letâ€™s go with the quote associated with Karl Marx that draws the most sneers and epithets from free market capitalist adherents.

â€˜â€™From each according to their ability, to each according to their needsâ€™â€™.  Kind of like our Medicare system, isnâ€™t it? How many conservative or libertarian thinkers will refuse their benefits or tell their parents to on the strength of their principles and beliefs? Most amazing to me is how easily swayed some of todayâ€™s poor and middle class conservative voters, those who stand to benefit the most, have been on this.

Of course, when we hear someone like Bernie Sanders call himself a Socialist and espousing a little more fairness in our system, on cue youâ€™ll hear a familiar chorus in the financial media; itâ€™s class warfare!

Letâ€™s let an authority on our economic system, who many believe to be our greatest living capitalist, weigh in on that canard.

Now, if you want to argue that point, do it with him, not me. Many do argue the point, which compels me to ask what they know about our economic system that he does not. It seems as clear as can be that the wealth and income inequality seen in America today validates his point.

Those who whinge on about the evils of Socialism will quickly point to places itâ€™s been tried and failed. What they want you to miss is where it has worked. For instance, did you know that every citizen in Norway is technically a millionaire?

They did something that capitalist theoreticians would, and do, wail against us even considering. They nationalized their oil field wealth and plowed the profits into their Government Pension Fund. Instead of a very small number of people benefitting from the privatization of those assets, the entire country has.

The rich there should welcome this being done. With education and health care costs paid for, and their retirement program fully funded, imagine the absence of any threat of higher taxes to pay for them. Of course, those at the very top prefer the system we have here and will defend it any way they can.

What those at the top fear most is a return of populist times that saw FDR push through The New Deal where taxes on the rich were raised significantly to fund programs that spread opportunity and the spoils of economic progress.

So they do whatever they can to convince the rest of us that privatization is the path to prosperity for all of us, and that nationalizing anything will always be bad. But if they were to go on t.v. and extoll the virtues of making them ever richer and trust them on some portion of that booty trickling down to the rest of us, some may smell the rat in the room too readily.

Much better to have â€˜â€™independent expertsâ€™â€™ front them in the public and get their point across. Enter the think tank, a movement begun in the 1950â€™s. Youâ€™ve no doubt heard from some of these experts and assumed their scholarly independence.

But some of the best-funded among them, such as The Heritage Foundation or the Cato Institute, openly admit that they â€˜â€™promote conservative and libertarian social and economic theoriesâ€™â€™, which I quote from Wikipedia, and lead the charge against any fairness creeping into economic policies. You can do a Google search for where they get their funding.

Itâ€™s much smarter for the energy companies to have an arms-length advocate hammer on the environmental movement on clean air legislation, or muddy the debate on global warming. When a cable network allowing these people air time starts asking where they get their funding and who they advocate for, Iâ€™ll fall out of my chair.

The same tactics are used to gain acceptance for policies on taxation and fiscal policy that helped usher in the days of â€˜â€™trickle downâ€™â€™ economics or tax cuts for the rich and for corporate America as seen in the Job Creation Act of 2004. The rationale there was that if you gave major companies a big refund, theyâ€™d use some of that money to expand their operations and hire workers. Who wouldnâ€™t want that, right?

That legislation promised new jobs as a result of large tax savings for large corporations like IBM, Colgate and Pfizer, who gladly accepted their windfalls while cutting jobs or hiring mostly overseas. Something like that had to be sold hard, and was, in media outlets lacking the desire or skill to ask critical or objective questions. We must question what role todayâ€™s media plays.

Next time, Iâ€™ll cover another belief held by many of todayâ€™s investors and citizens as to whether policies favored by left wingers like Mr. Sanders or free market conservatives produce the best economic and stock market gains. 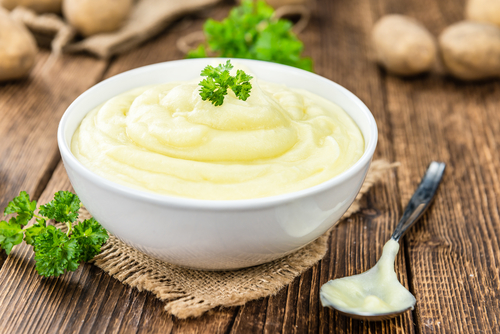 Shahid Afridi Left Off Odi Squad for India Tour
By Parvez Fatteh, Founder of http://sportingummah.com, sports@muslimobserver.com Pakistani all-rounder Shahid Afridi has been dropped from the one-day squad for the…