By Patrick Werr and Maggie Fick

CAIRO, June 11 (Reuters) – A gift of gas to Egypt from tiny Qatar shows just how tough this summer is shaping up to be for the government in Cairo, facing a funding crunch and power cuts as it struggles to contain explosive public discontent.

Daily blackouts have darkened homes and businesses across the country over the past few weeks, aggravated in recent days by an early summer heatwave that has Egyptians cranking up their air conditioners.

Qatar on Monday offered five cargoes of liquefied natural gas (LNG), worth perhaps $300 million, â€œas a gift to the Egyptian people during the summer monthsâ€.

It is a small gesture from a Gulf ally which has already lent Egypt some $7 billion in the past year but highlights how tough times are for the 84 million Egyptians.

Falling living standards since the 2011 revolt that ended six decades of military rule have led to disillusionment focused on Islamist President Mohamed Mursi and his Muslim Brotherhood. Opponents have called for mass protests on June 30, the first anniversary of Mursiâ€™s election.

The countryâ€™s budget deficit has widened, the Egyptian pound has weakened, and investors have taken fright, sending the Cairo share index on Monday to its lowest close in more than 10 months.
A vicious circle of unrest and slumping tourism revenues has drained government cash reserves, leaving ministers scrambling for favours abroad, notably to maintain supplies of heavily subsidised fuel and bread that account for a quarter of all government spending.

â€œWe will suffer this summer,â€ said Mohamed Shoeib, who until recently ran EGAS, the state natural gas concern, and is now a managing director at private equity firm Citadel Capital.

â€œThis will be the hardest and most difficult and darkest summer Egypt has ever seen.â€

Adding to worries about energy, the month-long Muslim fast of Ramadan will begin around July 9, a time when tempers can fray as temperatures hit 40 Celsius (100 Fahrenheit) and above.

Since the overthrow of Hosni Mubarak, the authorities have run through more than half of Egyptâ€™s foreign reserves, or some $20 billion.

They have also borrowed billions from abroad and delayed payments to oil companies and other suppliers.

Yet partly due to fuel subsidies energy consumption remains high as the state grapples to pay for imports of fuel to generate electricity.

In April, Qatar and Libya extended loans worth $5 billion and Libya said it would provide another $1.2 billion in credit to buy crude oil for Egypt at world prices.

But this will only plug a portion of the countryâ€™s energy gap, and still leaves Egypt needing to find fuel on the international market, get it from ports to power plants, keep those plants running at near full capacity and deliver the electricity to consumers across a leaky power grid.

This is proving difficult, with rolling blackouts throughout the country, some for up to 10 hours at a time, which prompted protests in late May, and a heatwave in early June that pushed temperatures in Cairo to 45 Celsius and compounded the problem.

In some places, people blocked roads and railways to demand power – needed in many apartments to pump water.

In the ancient Pharaonic capital of Luxor, local governor Ezzat Saad told Reuters that power cuts blacked out major tourist sites last month, including the 3,400-year-old temple, and he had appealed to Cairo to prevent such incidents.

Successive governments have long avoided of cutting subsidies on fuel which has left Egypt, once a net exporter of energy, in need of imported gas and products including diesel, fuel oil and gasoline.
The political instability of the past two years has also stalled exploration and drilling activities in Egyptâ€™s key offshore and desert areas, reducing production at a time of rising domestic demand.

It has also delayed infrastructure needed to import LNG. Currently Egyptâ€™s two LNG terminals are equipped only for export, meaning the five Qatari cargoes are likely to be diverted to clients previously contracted to buy Egyptian gas.

Egyptian officials expect to be able to receive LNG imports by October, but industry sources say it could take up to 14 months before a floating import facility can be towed into place and connected to the countryâ€™s grid.

In the meantime, Egypt has already cut back on gas exports to free up supply for its own power stations, including pipeline deliveries to Jordan.

Its power plants that use fuel oil also face difficulties, including foreign suppliers that have become reluctant to offer credit terms and bottlenecks in distribution.

â€œEven if you have the money to import all the amounts that you need, the logistics that we have cannot cope with transporting them,â€ former EGAS head Shoeib said.

â€œSince the revolution they are struggling to get fuel oil from ports to power plants,â€ one fuel oil trader in the region said.

Last summer, during the hottest days, electricity consumption peaked at 27,000 megawatts (MW) and seems likely to do so again this year, pressing the power sector to its limits.

â€œIn the summer, in Ramadan … on some days (demand) could rise to 29,000,â€ Aktham Abou-Elella, undersecretary of state at the Electricity Ministry, told Reuters.

â€œWe canâ€™t operate at more than 86 percent of capacity – 27,000 is our ceiling. Anything above that we for sure need to conserve energy.â€

The government is hoping a public awareness campaign can help cut demand this summer.

â€œIt could result in a reduction in consumption of 2,000 MW at least, especially setting air-conditioners at 25 degrees rather than 18 degrees and turning off unnecessary lights,â€ Abou-Elella said.
Mosques and government buildings will be urged to save electricity, he said, adding that the ministry had agreed with energy-intensive industries to smooth out peak loads.

Some businesses have, however, have suffered shortages of energy.

Mahmoud Arafat, a spokesman for the Nahda cement plant in Qena, 700 km (400 miles) south of Cairo, said it ran out of diesel on May 28, forcing it to lay off 600 workers. Another cement executive said production at major plants around the capital has fallen by half for lack of fuel.

In the Mediterranean port of Damietta, a major furniture-making centre, hundreds of people staged a sit-in outside the local power station last month in protest over repeated blackouts that had disrupted factories for days.

At the Electricity Ministry, Abou-Elella estimated that blackouts might last no more than an hour a day but hoped the government plans to manage demand would work.

â€œIf all these attempts succeed, we should have an acceptable summer,â€ he said. â€œWe should not have black-outs.â€

Syrian Torture Images to Be Examined by UN Security Council 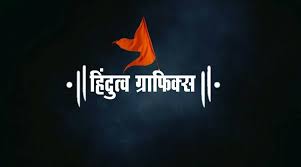 RSS as a Terrorist Outfit: Evidence from Its Archives