A protester shouts slogans at the intersection of North and Pennsylvania Avenues in Baltimore, May 4. Sait Serkan Gurbuz / Reuters

Freddie Gray. Baltimore. Police Brutality. Protest. #BlackLivesMatter. #AllLivesMatter.
From status updates on Facebook to articles in the media, everyone continues to voice their opinion on the situation whether they agree or disagree with his arrest and ultimate death.
And for those unfamiliar with the death of Gray, he was a 25-year-old African-American man, who was arrested by the Baltimore Police Department for possessing what the police alleged as an illegal switch blade. While being transported in a police van, Gray fell into a coma and died on April 19. The circumstances of the injury remain unclear, but his death was ascribed to a spinal cord injury. And on April 21, six Baltimore police offers were temporarily suspended with pay.

It’s hard to believe 30 days have elapsed since the passing of Gray, and even though the media frenzy has somewhat simmered down, the number of people murdered in Baltimore has not.

As a brown woman and first-generation American, I feel confused as to how I can be an ally or whether I should be an ally to my black sisters and brothers.

When the protests began in Baltimore and I first heard about them in the news, I predominately read articles about how life in Baltimore had been disrupted. I was turned off by the nature of the protests because, as a Gujarati-Indian who lived in a household that strongly believed in Gandhi’s principles of non-violence, I am particularly averse to aggression of any kind.

However, when I thought about it more critically I realized that while Gandhi was an important figure in the Indian revolution, India ultimately defeated the oppressive colonial power through the efforts of the freedom fighters. And looking at America’s history, when the original thirteen colonies fought off the same colonial power two hundred years earlier, they too used aggressive methods that led to massacres and ultimately war.

In the news, we praise groups in other countries that rise up against non-democratic institutions that are oppressive, but when that happens in our own country we label it as aggressive, violent and disruptive. For me, this double standard highlights how necessary protests are to grab the attention of politicians, lawmakers and voters.

Usually, when we talk about the systematic oppression of blacks in the U.S., we discuss it as a black versus white issue because historically, this is how race has been perceived. From slavery to Jim Crow laws to the current controversial law enforcement system, it has been about the white oppression of blacks.

However, today in our multicultural society, we have many minorities and ethnicities living in the same country. As first-generation South Asian Americans, it may feel as if the white vs. black issue is not relevant to us, but many of us have grown up in this country and call it home. So, I came to the realization that it is just as important for me to consider what I want my home to look like, and that includes racial equality for everybody.

Do I want to see racial profiling become a norm? Do I want people of a certain skin color to be oppressed? The New York Times recently published an article about the 1.5 million black men considered missing in the U.S. For every 100 black women, there are 17 missing black men. While for every 100 white women, there is only one missing white man. These missing black men are either dead or incarcerated.

Michelle Alexander points out in her book “The New Jim Crow: Mass Incarceration in the Age of Colorblindness” that “The United States imprisons a larger percentage of its black population than South Africa did at the height of apartheid.” She demonstrates in her book that when the Jim Crow laws were abolished a new system was created to oppress blacks—imprisonment.

Racial profiling is a policy that has also affected South Asians. When I walk through an airport, I am much more aware of my brown skin and perceived heritage. I know that when my entire family is pulled out for a “random” security check that it is most likely not random.

In February, a 57-year-old Indian man, Suresh Patel, was attacked by a police officer because a caller claimed a “suspicious skinny, black man” was in the neighborhood. The caller was unfamiliar with Patel and assumed he was “suspicious” likely because of the way he looked. When the police approached him, he said that he could not speak English and during the interaction reached into his pocket. The police officer then beat him and Patel was paralyzed as a result of the beating.

In no scenario is that much police brutality necessary or appropriate. Police brutality and racial profiling is a policy affecting all minorities equally and Patel’s story reiterates that point.

Being a part of a minority group, it’s important South Asians become allies to the #BlackLivesMatter campaign, and more so, to the #AllLivesMatter movement. Minority rights are often discussed in isolation. We discuss black rights, brown rights, women rights, gay rights, but we don’t discuss how its important for minorities to band together in the face of the majority. If we did, then we would have much more power and leverage to change the system.

Being an ally comes in many forms:

• Protesting, but peacefully, is one of them.
• Voting is another.
• Changing systemic oppression through closing the achievement gap and reducing disparities in everyday life.
• Choosing to change the way minorities are represented in the media and entertainment.
• Writing novels and non-fiction accounts of minority experiences.
• Conducting research and carrying out studies to provide evidence to the common person that oppression exists.

As always, being a bystander is just as awful as being the bully. The question to ask yourself is whether to perpetuate the silence and further enable the bully or become an ally and demand equality now.

Editor’s note: Yesha Maniar is a recent graduate from Dartmouth College and currently teaches at a charter school in Boston. She enjoys reading a variety of genres and spends her free time in Boston cafe hopping. Next year, she will be attending Hofstra North Shore-LIJ School of Medicine with hopes of working with young children and adolescents in the future in the field of community health. Her views are her own. 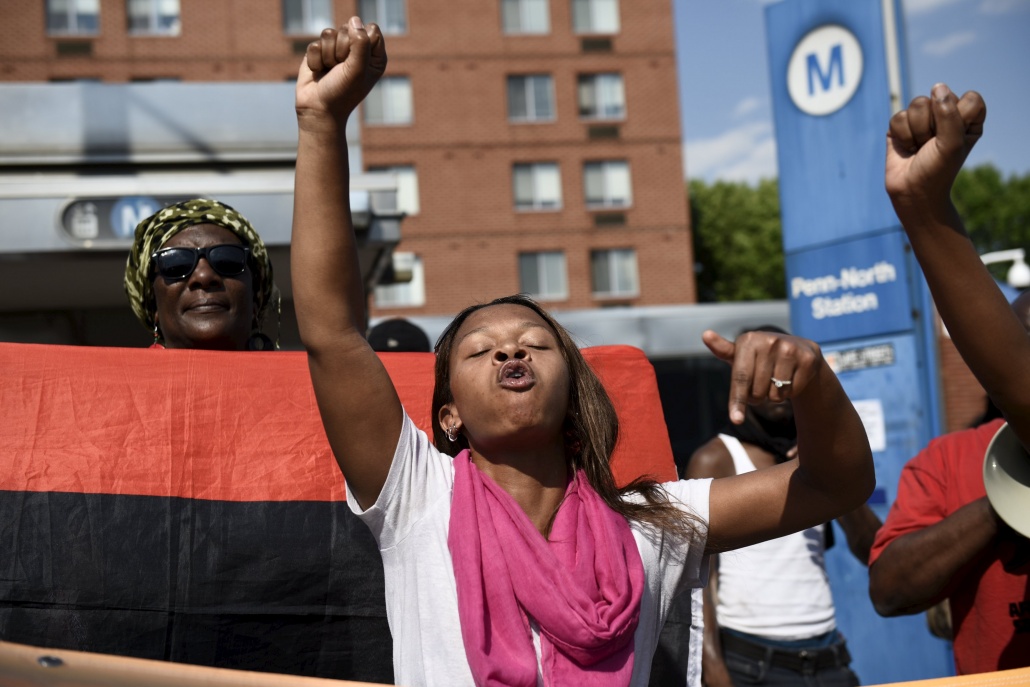 Iraq PM Warns Sunnis Could Be Shut from Power

Rightists Would Be Shocked to Learn of Islam’s Importance in America from its Founding Days
AlterNet / By Lynn Parramore Omar Ibn Said Recently, just as turmoil in the Middle East erupted, New York straphangers…