The fate of Syrian refugees – most of them Muslim – traveling to America to escape their war torn homeland hangs in the balance as the U.S. Congress debates and votes on laws to pause their travel here. Yet now, amidst one of the largest refugee migrations of our time, various news outlets are reporting the Statue of Liberty, that iconic and grand symbol of welcome to the weary of the world, was originally based on a robed Muslim women.

Most Americans are familiar with the story of how the French gifted Lady Liberty to the United States to celebrate our centennial and to mark the friendship between France and America. The 151-foot statue now stands as an enduring symbol of American freedoms and of a nation of refuge for those who first settled the land, those who would follow and those to come. The copper statue, which was dedicated on Oct. 28, 1886, evokes the image of Roman goddess Libertas.  She is depicted holding a torch and a tablet inscribed with the date July 4, 1776, our county’s Independence Day.

But according to recent reports by The Washington Times, The Washington Post, The Huffington Post and The Daily Beast and confirmed by the Smithsonian Magazine, the original concept for the statue was to be modeled after a peasant Egyptian woman. The statue’s designer, Frenchman Frédéric-Auguste Bartholdi, first drew inspiration for Lady Liberty from Egypt following a visit there in 1855.

There, in the African nation, Bartholdi observed Abu Simbel’s Nubian monuments with their towering colossus figures standing guard over ancient tombs. It was these large and imposing pieces of art which first inspired the artist’s passion and interest in this type of architecture. That interest eventually led Bartholdi to propose the creation of a large-scale sculpture of a Muslim woman to stand at Port Said, the city which sits at the north end of the Suez Canal. He suggested the sculpture be erected in honor of the waterway’s inauguration. He even titled the statue “Egypt Carrying the Light to Asia.”

However, when the idea was presented to Isma’il Pasha, the Egyptian khedive at the time, he balked at the project’s cost and rejected the idea. After all, the country had just invested massive amounts of money into the canal’s creation and wasn’t eager to add to the project’s overall cost. The country eventually decided on a 180-foot tall lighthouse instead.

Of course, Bartholdi was not deterred from building his large statue and directed his passion to designing a gift for the United States. He eventually settled on the famous design that stands guard on Liberty Island situated in northern New York Bay just off the coast of Manhattan. The statue, which was built by Alexandre-Gustave Eiffel of Eiffel Tower fame, bears the official name “Liberty Enlightening the World.”

With a name such as that, one can only hope the world will indeed be enlightened and we all can live a life of liberty and integrity no matter where we are from or, for that matter, where we are headed. 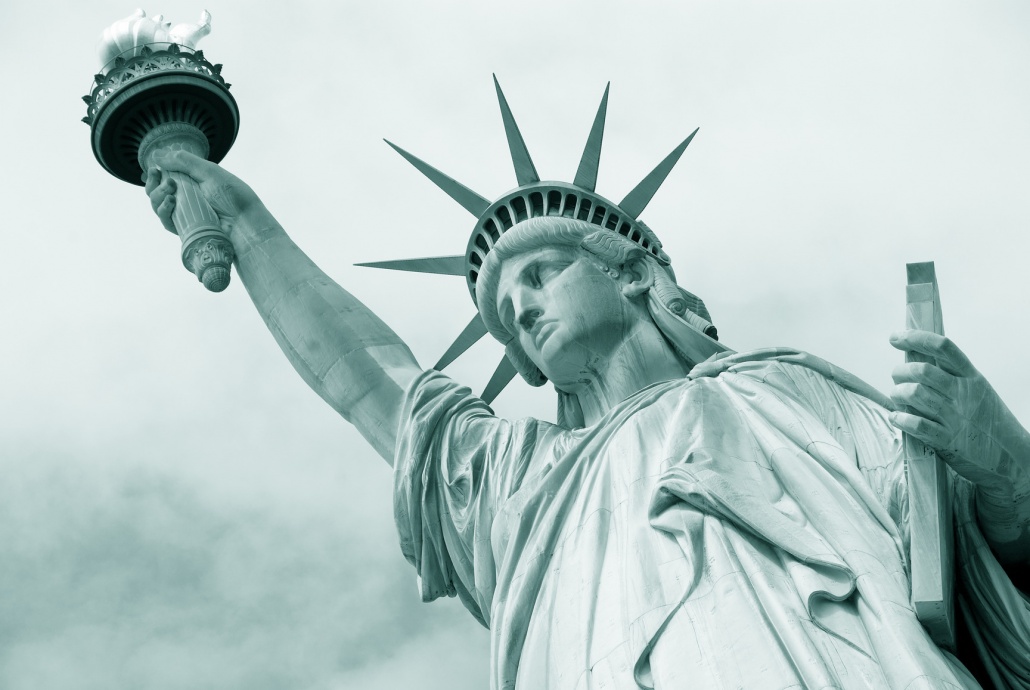