NEW DELHI/MUMBAI: Indian secularism is once again facing the test of whether there prevails a tainted approach in holding Muslims as â€œsuspectâ€ terrorists and sparing the majority from facing stringent anti-terrorist laws the former are subject to. Within less than a year of 11 being accused under the Maharashtra Control of Organized Act (MCOCA) for the 2008 Malegaon bomb case, a special court in Mumbai has decided to drop the stringent law against them. The accused include Sadhvi Pragya Singh Thakur and Lt. Col. Prasad Purohit. The court decided to drop provisions of MCOCA as there did not prevail substantial evidence against them (August 7).

Claiming that the state government would not remain quiet over the special courtâ€™s decision and would challenge it in the Supreme Court, Maharashtra Chief Minister Ashok Chavan said: â€œWe would initiate MCOCA against those involved in terrorist activities irrespective of caste and religion of the accused.â€ Irrespective of whether MCOCA is slapped again against the 11 accused, what stands out is that law is being allowed to take its own course. The burning question is, whether the law is being followed because the accused belong to the majority community. Why isnâ€™t the same approach displayed in lifting stringent laws against Muslims still languishing behind bars, quite a few of whom have not even been given adequate chance to prove their innocence?

One may refer to last yearâ€™s Batla House (fake) encounter, in which two Muslims â€“ Atif Amin and Mohd. Sajid were killed (September 19) as â€œsuspect terrorists.â€ Mohd. Saif and Zeeshan were arrested as â€œsuspect terrorists.â€ Till date, details have not been made public as to what was the â€œsubstantial evidenceâ€ that led to the killing of two and arrest of other two. What is more stunning that the two killed were not even given a chance to prove their innocence. It would have been a different case altogether had they been arrested and/or killed while they were in the process of triggering of some militant activity. They were killed and arrested from the place where they were residing at in Batla House. If the law can be allowed to take its own course, as indicated by action initiated against those accused of Malegaon blasts, why has not same approach been displayed towards the ones targeted in Batla House â€œencounter?â€ Is it because the Malegaon-accused belong to the majority community and in the Batla House case to the minority?

The ironical difference in the two cases stands reflected markedly in the approach of the near and dear ones of the ones accused in the Malegaon-case and the Batla House encounter. It was party time for members of Sadhviâ€™s family who distributed sweets after MCOCA was dropped against her. Her father, C.P. Thakur said: â€œI was confident that my daughter is innocent and had faith in judiciary. It was an attempt by the police to frame her and this is just the beginning. She will come out clean in the end.â€ With MCOCA dropped, it will be easier for Sadhvi and other 10 to secure bail.

Welcoming the courtâ€™s decision, Bharatiya Janata Party (BJP) spokesperson Rajiv Pratap Rudy said: â€œWe welcome dropping of charges under MCOCA against Malegaon blast accused by Mumbai special court. With this the diversionary and fictional myth about Hindu terror has been smashed. It has been proven false.â€

Rudy has a point. So do those who are of the opinion that Muslims arrested and/or killed as â€œsuspect terroristsâ€ are innocent and have been deliberately framed without being given opportunity to argue their case legally. Sajidâ€™s father, Ansarul Hasan has not given up option of approaching the courts for justice. The process will not bring back his son, killed last year in Batla House â€œencounterâ€ to life but at least it will enlighten others on whether to trust the Indian legal process when Muslims are shot dead only because they are â€œsuspectedâ€ to be terrorists.

In a letter addressed to Chief Justice, Hassan pleaded that his son Sajid was innocent and an FIR be filed against the police personnel responsible for killing him. Hassan sought the courtâ€™s intervention as the police refused to register a case against its personnel involved in the encounter. Hassan also claimed that even the National Human Rights Commission (NHRC) had refused to entertain his plea. Hassanâ€™s letter came a few days after NHRC gave a clean chit to role of Delhi police in Batla House encounter. The report, released last month, claims that there was â€œno human rights violation by police in Batla House encounter.â€ The NHRC report has, however, been strongly criticized by social activists, civil rights groups and Muslim leaders, according to whom, it is based only on the police version of the â€œencounter.â€

Against these odds, it is commendable that at least the Delhi High Court has not ignored Hassanâ€™s letter. The matter has been posted for August 18, when the court would hear a Public Interest Litigation (PIL) seeking independent inquiry in the Batla House case. One is nevertheless compelled to deliberate on the difference in legal trial having becoming easier for Malegaon-accused, while it remains arduous for relatives and supporters of those killed and arrested in Batla House â€œencounter.â€ Should the difference in the legal course of both cases be linked with religious identities of the accused? The answer, yet to be decided by higher courts, would certainly be a litmus test for whether a biased approach prevails in deciding judicial judgment for suspect terrorists, Hindus as well as Muslims! 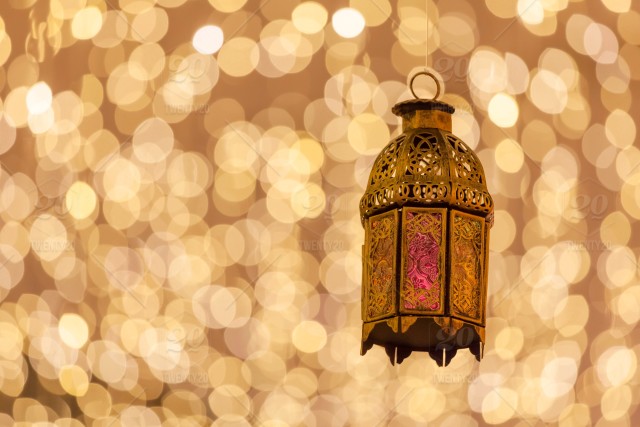 Omar Atia Speaks to BMUC About Helping Young People at the Mosque
By Adil James, MMNS Bloomfield-June 30-An estimated 3% of Muslim young people feel that they can go from home to…