Hamid Jafarkhani, a UC Irvine Chancellorâ€™s professor of electrical engineering and computer science, is the recipient of the 2013 Eric E. Sumner Award from the Institute of Electrical and Electronics Engineers.

He is one of three recipients to receive the award that recognizes researchers who have made exceptional contributions to the field of communications technology.

Jafarkhani is director of the Center for Pervasive Communications and Computing at UC Irvine. His research has focused on communications theory and coding.

Jafarkhani is known as an inventor of space-time block coding, which is used to improve the quality of wireless transmission by reducing signal fading without using additional receiver antennas.

CONEY ISLAND,NYâ€”Coney Recovers, initiative of local organizations working in partnership to assist with the recovery of the Coney Island community, has announced that $80,000 has been awarded to Coney Island Faith-Based Organizations with support from the American Red Cross and the Brooklyn Recovery Fund.

Among the recipients is the Masjid Bab-Salam USA Mosque which was founded in 1994. The Mosque canvassed the community after Superstorm Sandy, and served as a relief center for storm victims.
The $10,000 grant to the mosque will be used for support afternoon and weekend programming.

The University of Pittsburghâ€™s Muslim Students Association held its fourth annual fast-a-thon last week to raise awareness about hunger.
The Muslim Student Association partnered with Pittâ€™s Facilitating Opportunities for Refugee Growth and Empowerment group, known as FORGE, for the event, which also included a clothing drive for Syrian refugees.

Subhana Chaudhri, co-social chair of Muslim Student Assocation, said the organization aimed to highlight the importance of fasting through the fast-a-thon and clothing drive. Since humanity is so important to the Islamic faith fasting helps them connect with others who are less fortunate. 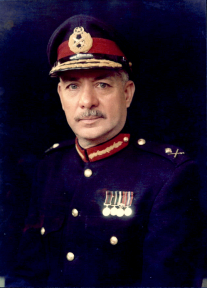