The National Trial Lawyers has recently named Murad Mohammad among its list of top 100 trial lawyers in Minnessota. He is a partner at Mohammad, Schiks and Jaafar, P.A.
According to the organizationâ€™s website, membership for The National Trial Lawyers: Top 100 Trial Lawyers is extended only to attorneys are considered to be the most qualified criminal defense and civil plaintiff lawyers in their states or regions, according to the organizationâ€™s website.

Mohammad earned his law degree from William Mitchell College of Law in St. Paul, Minnesota. Prior to joining the firm he served as an Assistant Public Defender in Ramsey County. In addition to his acceptance into The National Trial Lawyers: Top 100, Attorney Mohammad has also been selected for the 2014 Super Lawyers Rising Stars list, an honor that is granted to no more than 2.5% of Minnesotaâ€™s attorneys. The list of Rising Stars recognizes outstanding up-and-coming attorneys who are age 40 or below, or who have no more than 10 years of practice experience.

The five-year grant is titled, â€œNeural Tissue Engineering Based on Combinatorial Effects of Multiple Guidance Cues.â€

â€œThe aim of this project is to provide an understanding of effect of gradients of guidance cues on guidance and modulation of axonal growth,â€ said Abidian, in an interview to the Penn State News.

Senior Zahra Ahmed has been selected salutatorian of her graduating class at the Tolman High School in Pawtucket, Rhode Island. A brilliant student throughout Ahmed is planning on attending Brown University as a biomedical engineering major.

Ahmed was vice president of the National Honor Society, Key Club secretary, and a Math League member. She ran and volunteered at 5K races, was captain of indoor and outdoor track, a member of Young Voices, a member of the yearbook staff, and was a freshman mentor.

She won the Lieutenant Governorâ€™s Leadership Award, was the top scorer in the Scholastic Math League, and won the Tolman Key Player Spirit Award for the outdoor track team two years in a row.
Ahmed volunteered with the Pawtucket Soup Kitchen, the Slater Park Halloween and Winter Wonderland celebrations, and the Tolman Summer Cleanup Project.

SANTA MONICA–The Rotary Club of Santa Monica offers many scholarships each year funded by its members and supporters. They go out to exceptional students in the community. Santa Monica High School student Aly Khan Bhamani  presented with $1,000 scholarship, in honor of past Rotary Club presidents Russell Hart. 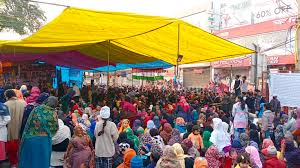 Uri Avnery and the Gazan Crisis
By Geoffrey Cook, TMO Tel Aviv--Jul. 25th--Your reporter was honored to be on a conference call with Uri Avnery, the…

© 2020 MuslimObserver.com, All Rights Reserved
HDF Fundraiser Book About Life in Anarkali Bazaar Has Come Out
Scroll to top