New York – It was not the typical night at New York City’s Comic Strip club. Last Saturday, cued up in line to get in were Desis, Arabs, hipsters and mipsters, young and old – in all colors, shapes, and sizes. They were all there for “The Big Brown Comedy Hour” hosted by the notoriously funny Dean Obeidallah, the co-star in the documentary “The Muslims Are Coming!”

But this was a different comedy night. Billed as “The Big Brown Comedy Hour Freedom of Expression Benefit,” net proceeds would be donated to the victims of the recent attack on the Paris-based satirical magazine, Charlie Hebdo.

The line-up brought together an all-embracing collection of South Asian, Arab, and Muslim comedians; Hasan Minhaj, Dean Obeidallah, Maysoon Zayid, Vidur Kapur, Sabrina Jalees, Eman Morgan, and several more.  From the Palestinian woman to the gay Indian male, each took a shot at “being brown” and being American.

“My grandmother is worst than my mother. She is always like why aren’t you more like you cousin Rajiv? Grandma, Rajiv is a pedophile — well at least he keeps it private,” said Vidur Kapur, an openly gay Indian comedian who raised controversy during some of his comedy tours in India.

“As Muslims, we have the right to freedom of expression,” explained Obediallah. “We want to be able define ourselves. For several years now, I have wanted to make it broader – I always wanted to have a spectrum,” he said.

Just as eclectic as the comedians and crowd was, so were the laughs; from the outright bursting at the seams laughter in the back rows to the giggling and covered smiles of the hijab-attired women up front.

“Some like dirty humor, some like clean humor. I am a big believer in learning from other peoples experience. That’s comedy to me,” said Obeidallah.

“I think [this show] is a better reflection of the way the Muslim community, South Asian community, and Middle Eastern community – is as a whole,” said Hasan Minhaj, who recently joined the cast of “The Daily Show” hosted by Jon Stewart. “That we are not a monolith and I think that is a better and cooler representation of what we are and what we have to offer the world than what is currently being represented in the media.”

Muslims around the world have had a variety of reactions since the attacks on Charlie Hebdo; some responded with joining candlelit vigils, expressing their condolences with the hashtag #JESUISCHARLIE, and others had tongue-in-cheek remarks about having to apologize for being Muslim again. After the attack, the magazine went forward with publishing a cartoon that represented the Prophet (pbuh) on its cover. Muslims around the world responded to the attacks and to the new cover through peaceful, silent vigils as well as protests (some violent and most nonviolent).

Comedian Eman Morgan, an Egyptian Coptic Christian, raised in California, mentioned that joining the comedy show was a way to express himself and connect with the audience and what had happened in Paris. “Where else can you bond about it and talk about it – in a comfortable way? We did racist jokes tonight, we did sex jokes tonight, and all sorts of religions and all sorts of backgrounds came together to raise awareness – that speaks for itself,” he said. 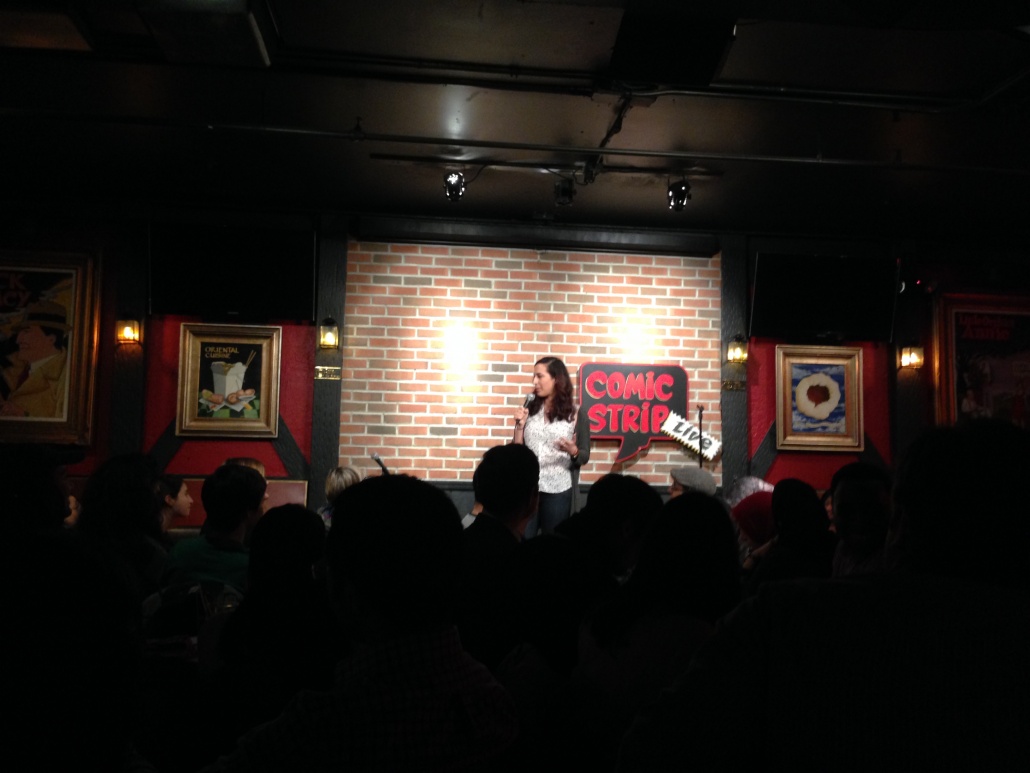 Conflict in the Central African Republic