Former Secretary of State Colin Powell announced Sunday that he will be voting for Sen. Barack Obama, citing the Democrat’s “ability to inspire” and the “inclusive nature of his campaign.”

Former Secretary of State Colin Powell says he is voting for Barack Obama.

Former Secretary of State Colin Powell says he is voting for Barack Obama.

“He has both style and substance. I think he is a transformational figure,” Powell said on NBC’s “Meet the Press.”

“Obama displayed a steadiness. Showed intellectual vigor. He has a definitive way of doing business that will do us well,” Powell said.

Powell, a retired U.S. general and a Republican, was once seen as a possible presidential candidate himself.

Powell said he questioned Sen. John McCain’s judgment in picking Gov. Sarah Palin as his running mate because he doesn’t think she is ready to be president.

He also said he was disappointed with some of McCain’s campaign tactics, such as bringing up Obama’s ties to former 1960s radical Bill Ayers.

Aside from their shared history as Republican military men, Powell’s endorsement is significant due to the fact that McCain has repeatedly singled him out for lavish praise. In a July New York Times interview, McCain described the former secretary of state and Joint Chiefs chairman as “a man who I admire as much as any man in the world, person in the world” when answering a question in which Powell was not brought up. Meanwhile, near the same time as that interview, McCain was reportedly considering Powell as a potential running mate. 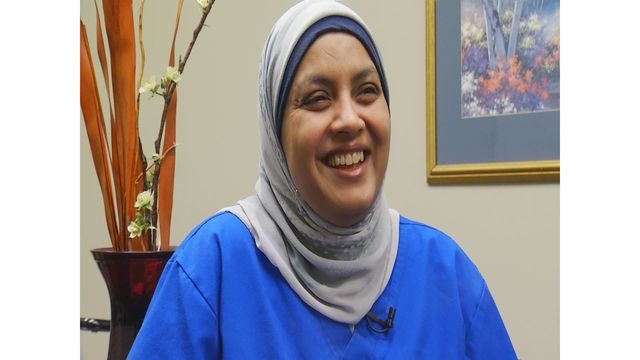 Muslim Man in DC Helps Feed Hungry on a Grand Scale
By TMO Staff   NBC Washington has reported, in this video (http://muslimobserver.com//?p=7621), that a wealthy Muslim businessman is feeding many…

© 2020 MuslimObserver.com, All Rights Reserved
Websites that help you make loans or investments in small businesses Plans For The Muslim World’s First Virtual World
Scroll to top