About 60 selected people were invited to a CIOM meeting this past weekend at the Westin Hotel, Southfield Michigan.  Fatima Salman presented CIOMâ€™s recent activities.  Kassem Allie detailed CIOMâ€™s and Islamic Center of Americaâ€™s opposition to the recent unpatriotic activities of Terry Jones. Nauman Syed and Muzzamil Ahmed spoke of the importance of youth involvement and political education, Ghalib Begg gave an overview of CIOMâ€™s activities.  Robert Bruttell spoke on community involvement, and about the importance of visibility, participation, organizationm, and social engagement.  Mr. Gregg Krupa, Detroit News Reporter and Michigan interfaith activist, was the main speaker; his speech follows this paragraph.

To say we need each other now, more than ever, we people of faith, who know that our God requires us to accept all creation as sacred, including every being, regardless of differences or even trespasses, may simply be a matter of too much self-involvement.

Perhaps it is merely the task of every generation to welcome the other, and to follow the truth of each faith, regardless of where it leads, despite those who insist that only their way, their version of events, their human explanation of god, is correct. But, nonetheless, as these issues roil in our time, the difficulties are plain to see.

This is true, today, whether one stands in Southfield, in Bahrain, in Pakistan, in Jerusalem, in Somalia, indeed, anywhere on the globe.

Those who work to increase understanding, to build community, to nurture cooperation, to make the peace, are called, in every epoch. But, clearly, we feel the need now.
It is what brings us, here, today. And it is the reason that the Council of Islamic Organizations of Michigan IS INTEGRAL to the development of the greater community in the state of Michigan.
Oh, mankind! I have created you of a male and female, and then rendered you nations and tribes so that you might know one another. Indeed, the most honorable among you is the one in the sight of Allah who is the most pious. Allah is Knower. Aware.

Will you do the work?

The Council of Islamic Organizations of Michigan makes it easier. An active advocate, a trusted adviser, a vehicle for making straight the crooked path, the councilâ€™s work is of intrinsic value to those who seek understanding, inclusion, peace.

Gandhi said you really can not have a community without a journal of some kind, and in an era of disestablishment in the mass media, it is becoming harder to achieve.

I speak of intimate knowledge when I assure you that the Council positively impacts the media image of Muslims and of Islam in Metro Detroit. I have experienced it.

And that role is more important, day by day, as newspapers contract, as media become more diffuse and as the issues that divide us grow ever more exaggerated.

This spring, men and women of the books gathered at the Islamic Center of America to say no to evil. The assemblage said more about our faiths than that devil ever can. The council helped organize that awesome expression of one God.

A few weeks later, one of our local newspapers ran a letter to the editor in praise of Mr. Jones, that blasphemer, that bigot, that self-professed minister.

Would such a letter praising a sinner who advocated the burning of the Torah or the Bible ever have appeared in a journal of this community?

If it had, organizations representing Judaism and Christianity would have descended like a summer storm.

In crises, when a single message explaining the facts is essential to understanding, organizations like the Council of Islamic Organizations of Michigan perform an essential role. In every day life, when misunderstandings as common as the birds of the air threaten the community we seek to create for ourselves, our children and their descendants in our troubled state, organizations of truth and justice must step forth.

IF FOR NO OTHER REASON THAN IT IS OUR GODâ€™S WORK.

The council has done this and more. Its work must continue.

The attention of media waxes and wanes. Have you noticed? Sometimes the focus on a particular topic is so intense as to raise concerns about judgment. Sometime is so weak as to confirm the same concerns.

Sometimes, unless a person of integrity and curiosity about the other steps forward, a media outlet can not overcome institutional prejudices that have haunted it for decades.

That is why organizations like the Council are essential.

I know from 33 years of experience that no media outlet can be trusted to do the right thing without advocates representing diverse groups encouraging it, advocating it and sometimes demanding it. Sometimes it is a matter of a press release from a familiar organization bearing an announcement. Sometime it is an explanation.

Occasionally, it is a succinct suggestion that all children of God be respected.

Helen Thomas calls it control. Robert Cohen calls it advocacy. I call it a firm intention to explain with one voice, and to marshal the power of a community when the voice is misrepresented or unheard.
When Irish and Italians Catholics moved to the United States and sought acceptance, freedom and justice, their advocates included the Knights of Columbus. My fractious Polish ancestors organized the Polish National Alliance and similar groups.

Who advocates for you? Who explains your truth? Who works toward your justice? Who creates your peace? Who tells your story?

Do you intend to proceed alone in this well-intentioned nation with its long record of falling short of its best intentions and its tendency to let the bad men act and speak for all?

I would advise against it.

It often takes a group to make a point. In fact, let us be honest, unfortunately, in our nation, it occasionally takes a riot.

But, as people of God, I would advise that we stick to the group.

When Victor Ghalib Begg calls The Detroit News and says, â€œI need to speak to Jon Wolman, the publisher and editor,â€ or, even asks, as I hope he does with great frequency and determination, â€œMay I speak to Nolan Finley, or to the person who was in charge of the letters to the editor yesterday,â€ or â€œI would like to discuss with someone what Frank Beckman wrote today,â€ he is known, as is the Council of Islamic Organizations of Michigan, as someone, and as a group of importance to metropolitan area and to the state, at large.

This organization is a balancer of opinion, an explainer of truth, a maker of peace an instrument of justice and a representative of my God, second-generation Polish American Catholic though I may be.
But these, the best of intentions, the most vigorous of efforts, must not be allowed to wither on the vine. They must be nurtured. We must give them sustenance.

The Council of Islamic Organizations of Michigan must, in due time, make the transition from the best of intentions and an honest effort to an institution.

It, or something very much like it must take the place along side all of the easily recognized, traditional institutions of religious representation, explanation and advocacy of Christianity, or Judaism and of other faiths which inform our American culture and which correct our ways.

Without an organization like this in Metro Detroit and the State of Michigan, the explanation of our common humanity will be far less thorough, far less informed, far more wanting, far more open to the suggestion of bad people, far less inclusive of the divine instruction to all of us, that we become known to one another. 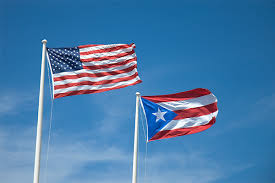 Scrumptious Sauerkraut: A Probiotic Bursting Food
by Noor H. Salem While discussing numerous tips to begin the new year on a healthy note, I advise adding…

Recovery or Collapse? Bet on Collapse