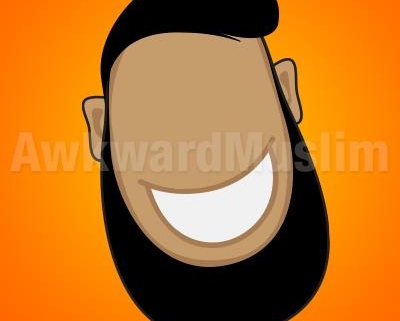 Humor can dramatically change the perception of “radical Islam” from a violent man beheading innocent people to a cool, bearded Muslim dude skateboarding flawlessly in a thobe and kufi.
In fact, combining humor with social media is one of the most effective but underrated forms of spreading the message of Islam and combating Islamophobia. No one seems to understand that better than Awkward Muslim, a popular online persona that does just that.

Awkward Muslim’s unique, lighthearted stance on normally stern or depressing topics has attracted quite a following. The organization has a growing 21,722 likes on Facebook, 62,500 followers on Twitter, and 31,200 fans on Instagram.

From beginning to end, Awkward Muslim’s various social media pages are filled with funny, appropriate and often culturally based humor. “Please take of your shoes before you enter my timeline!” Awkward Muslim’s Facebook page reads.

But, despite its notable popularity, details about the founder remain a huge mystery.

“I have the honour of carrying the same name as our beloved Prophet (p)… though I do get the occasional non-muslim asking me if I’m named after the boxer,” Muhammad, Founder of Awkward Muslim, tells the Muslim Observer.

“I’m just a regular Muslim brother. …. A few special people probably know who I am. I actually enjoy the anonymity.
“I think the anonymity helps because ‘awkwardmuslim’ wasn’t really meant to be solely about me, it was something where we could share socially awkward moments that every other Muslim could relate to. … Keeping anonymous [also] helps me to remain humble.”

Muhammad says he started Awkward Muslim as an “experiment” back in December 2012. Inspired by similar Muslim accounts such as @BonsaiSky, @Mozlamic and @RazTweets, he created his own.

In a short span of time, his account boomed which “was not something that was expected” he shares. “I never really focused on numbers.”

Currently, Muhammad is the only person running the show at Awkward Muslim but states, “I do have a handy sidekick (who is a student of Islamic Theology) that I sometimes consult before I post, just in case I say something wrong.”

He spends a couple of hours a week developing and sharing content on Awkward Muslim. “Most of the time its something I think of spontaneously, and mentally write it in my head,” he says.
When he suffers from an occasional “writers-block” he takes a few days off.

While humor plays a critical role at Awkward Muslim, so does knowledge. Alongside funny pictures and videos, like one of a boy who screams “Jesus Christ! I screwed up!” after messing up his Quran recitation, are hadiths and Quran verses.

Some posts will even include “a small message” about Islam. Muhammad says, “people do tend to remember something they smiled about, so if there is some knowledge with it [funny posts], then maybe they’ll remember that too.”

The larger picture, however, is the dynamic relationship between social media and humor in effectively spreading dawah. The challenge is remaining respectful and not getting carried away with jokes.

Muhammad explains, “I think humor is effective [in dawah], but only if it’s controlled and mannerisms are kept. Everyone likes to smile and feel good, and humor helps us do this. By using jokes we have a unique ability to reach out to many who share our sense humor.

Social media is great for dawah purposes, nearly every person who has access to the internet uses one form of social media or the other, and we are able to reach people from across the globe within seconds … and its become a huge tool to spread knowledge of Islam to others, especially when we’re living in a world where Islam is demonized and scrutinized by the media.”

On April 8, 2015, Awkward Muslim launched a new online shop selling apparel for “brothers” and “sisters” designed by Muhammad. Items include T-shirts, sweatshirts and hoodies, which are coming soon.

“I’m always trying to do something creative, so I guess I’ll be adding more things on there. I’ve added a free resources section on the site too, so I’ll be uploading things on there that could help and be of use to other Muslims, insha-Allah.”

There’s also a special, secretive project that Muhammad has lined up that “was the initial idea behind why I started this account.” However, “due to desi-timing it has delayed the process more than I thought it would” he explains.

“The project is about trying to help improve Islamic education for youngsters,” Muhammad says, but “that’s all I will say for now! … I’m trying to keep hush-hush about it, because normally these things don’t always go to plan.” 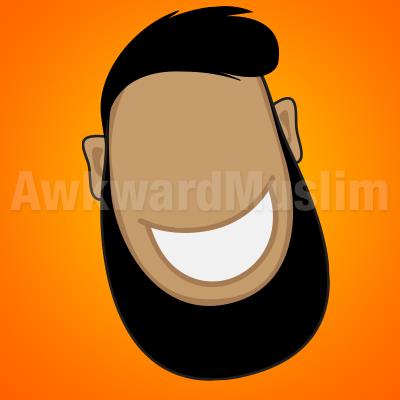 Canadian Muslim honored As Pan Am torchbearer
Scroll to top