The images are unsettling at best, upsetting at worst. The world, after all, remembers what he once was. Muhammad Ali trembles and has to be wheeled to a ringside spot to watch his daughter fight in New York. A frail Ali needs to be supported by basketball player Dwyane Wade at the Orange Bowl in Miami. The voice that once bellowed that he was â€œThe Greatestâ€ is but a whisper now, and he communicates mostly with facial expressions.

His body is ravaged by Parkinsonâ€™s disease and the effects of recent spinal surgery. He tires easily. His mind, though, remains sharp and clear, and his passion for people hasnâ€™t faded with age.

Ali turns 65 on Wednesday. The heavyweight champion who shocked the world is a senior citizen now, eligible to collect Social Security.

Like many other retirees, he has moved from Michigan to the desert to be out of the cold.

Visitors to the home in a gated area of Scottsdale, Ariz., that he shares with his fourth wife, Lonnie, often find him absorbed in the past, watching films of his fights and documentaries on his life – and Elvis movies.

Even more, he loves to watch himself talk.

â€œMuhammad is a little sentimental. He likes looking at older things. He likes watching some of the interviews and saying some of the crazy outrageous things he used to say,â€ Lonnie Ali said. â€œSometimes I think he looks at it and says, `Is that me? Did I really say those things?â€™â€

Those were the days when Ali still floated like a butterfly and stung like a bee, when he added to his legend by defying the odds to beat George Foreman in Zaire and Joe Frazier in the Philippines.

That young manâ€™s face is now distorted by Parkinsonâ€™s, making him look far older than he is. Now, instead of the â€œAli Shuffleâ€ that once dazzled the boxing world, he is reduced to sometimes using a walker, the result of surgery to help correct spinal stenosis, the narrowing of the spinal canal which causes compression of the nerve roots.

Some days are better than others. Ali reads fan mail every now and then and painstakingly signs autographs with his trembling hand. Sometimes, mostly in the morning before his medication kicks in, the family can understand every word he says.

â€œWe give him enough meds to make his day go well enough, but not enough to make him look absolutely normal,â€ Lonnie Ali said. â€œHe would look better if we did, but we donâ€™t want to. We donâ€™t want him on too many medications.â€

His birthday will pass with calls from his nine children and other relatives. Aliâ€™s only request to mark the occasion is a trip to one of his favorite magic shops so he can pick up a new trick or two to show visitors.

One of his daughters, Hana, says no one should feel sorry for him.

â€œPeople naturally are going to be sad to see the effects of his disease,â€ she said. â€œBut if they could really see him in the calm of his everyday life, they would not be sorry for him. Heâ€™s at complete peace, and heâ€™s here learning a greater lesson.â€

The man who made headlines and countless television highlights with his predictions and boxing prowess canâ€™t really talk about himself anymore.

Hana Ali listens often to the tapes, the ones her father made for an audio diary in 1979 when she and her sister, Laila, were little girls. On them, Aliâ€™s voice is strong, his opinions certain.

â€œThis is Muhammad Ali making a tape for future reference explaining whatâ€™s going on in the world,â€ it begins.

Ali talks about his efforts to mediate the Iranian hostage crisis and meeting kings from different nations. He gives his thoughts on war and peace, and he has a talk with George Foreman on God and religion.

â€œSometimes I have to stop listening because I get in this time warp thing,â€ Hana Ali said.

Of all his children, she may be the closest to her dad.

â€œHe needs people like we need the air to breathe,â€ she said. â€œHe knows how great he is, but at the same time heâ€™s very humble. Heâ€™s shocked to see how people still love him and remember him. You see his eyes light up and it takes him back a moment when they chant `Ali, Ali.â€™ Itâ€™s like charging a battery up.â€

Gene Kilroy traveled the world at Aliâ€™s side. His official title was business manager, but Kilroy was known mostly for being the man who got things done.

He sheltered Ali from anyone trying to make a quick buck off him, and took care of the people around him. For years, he was the lone white man in the champâ€™s entourage.

â€œI consider myself one of the luckiest guys in the world just to call him my friend,â€ Kilroy said. â€œIf I was to die today and go to heaven it would be a step down. My heaven was being with Ali.â€

Larry Holmes was proudest of the black eye.

He got it as an amateur the first time he stepped into the ring for a sparring session with Ali at his training camp in Deer Lake, Pa.

â€œI didnâ€™t want to put ice on it,â€ Holmes said. â€œHaving him give me a black eye meant a lot to me.â€

Holmes would later give Ali much worse when he beat him in his last big fight.

â€œI canâ€™t just say Ali was the greatest because there were so many great fighters out there. I canâ€™t say he was greater than Marciano, Louis, Dempsey and everyone else,â€ Holmes said.

â€œA lot of it today is that people feel sorry for him because heâ€™s got that Parkinsonâ€™s or whatever is wrong with him. They feel he doesnâ€™t have too much longer to live and they want to be part of the legend.â€

Bob Arum wonders if it was somehow partly his fault. A lot of the punches Ali took came on his watch.

Arumâ€™s wife, Lovee, and Lonnie Ali still often talk on the phone. He sees Ali on occasion, and each time he feels conflicted.

â€œHere was a guy who my memories of him were larger than life. He was full of life, like nobody Iâ€™ve ever seen in my life,â€ Arum said. â€œNow to see what is essentially a shell of what was is hard. Every time I see him Iâ€™m glad to see him, but I feel terrible.â€

Musician and sometime actor Kris Kristofferson first saw Ali in Rome at the 1960 Olympics. They became good friends and even starred together in a television movie, â€œFreedom Road.â€

He hopes there will be advances in treating Parkinsonâ€™s before itâ€™s too late.

â€œHeâ€™ll be remembered more than any other great athlete because of his humanitarian work and the courage he showed in his life,â€ Kristofferson said. â€œHeâ€™s probably the most remarkable person I ever met on the planet. Heâ€™s an amazing human being.â€

Howard Bingham had no idea his life would change that day, in 1962, when he went to take pictures of a young fighter at a Los Angeles press conference.

â€œMy assignment that day was to cover this big loudmouth coming into town,â€ said Bingham, who took pictures for a black weekly newspaper. â€œI had never really heard of him.â€

Turns out, Bingham was photographing a young Cassius Clay. Heâ€™s been with Ali ever since and calls him his best friend.

Bingham still travels with Ali and talks to him regularly on the telephone. 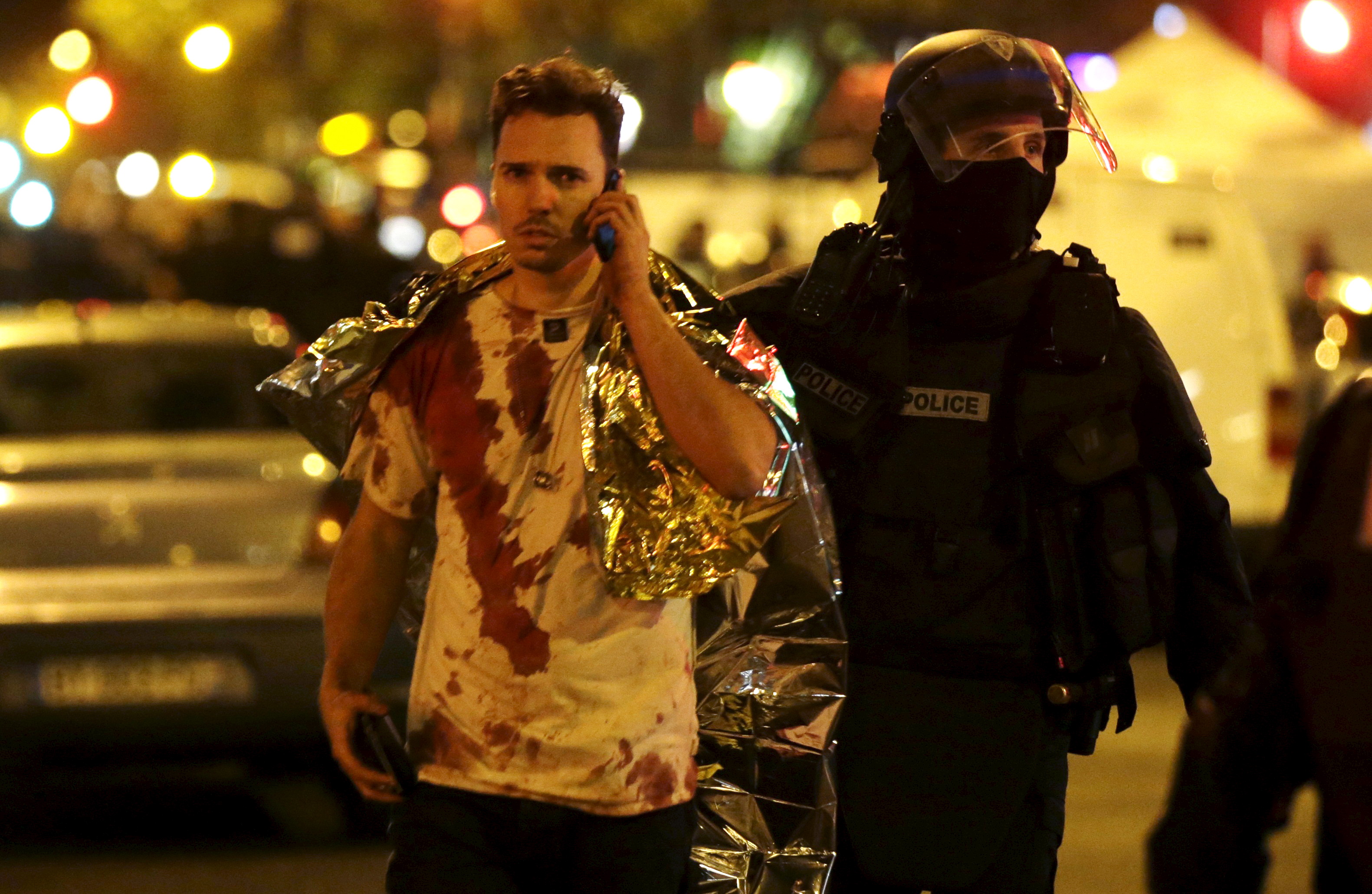 Song in English About Islam with Slideshow