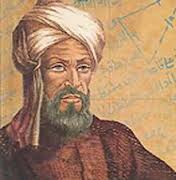 Likely the greatest mathematician of the Islamic Golden Age, Al-Khawarizmi made a number of significant contributions to our understanding of the world today, including: inventing algebra, introducing Arabic numerals and astronomy to the Western world, and creating the most accurate world map of its time. His greatest work is al-Kit?b al-mukhta?ar f? ?is?b al-jabr wal-muq?bala, which translates to “The Compendious Book on Completion and Balancing”, where he invented the idea of using variables to find quantities one didn’t know for purposes like zakat calculation and inheritance distribution. 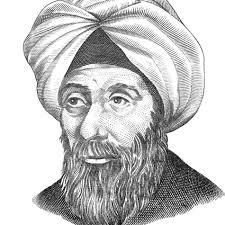 Latinized as Alhacen, this prominent engineer/philosopher/mathematician lived during the latter half of the 10th century. His work on optics was revolutionary for its time; he turned the traditional Greek theory upside down when he deduced that the eyes received light from the environment instead of emitting light to scan the environment. He went on to also discover that curved surfaces could focus light and created the first “reading stones” – magnifying glasses. His book, Kitab-al-Manazir contained a complete description of the laws of reflection and a highly detailed investigation of refraction. 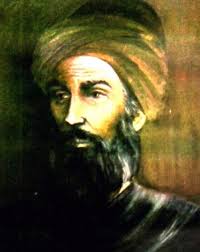 Abu-al-Qasim was a resident of Andalus in the later part of the 10th century. His greatest work was a massive volume titled  Al-Tasrif li-man ‘ajaza ‘an al-ta’lif, a gigantic compendium divided into 30 books, called maqalat. His was the first illustrated book on surgical technique and practice, and was used as the primary textbook for learning medicine well into the 16th century in Europe. Within it, he described the symptomatology of over 325 diseases and illustrated over 200 surgical procedures, even discovering a “hemorrhagic disease transmitted by unaffected women to their male children”, a disease we know today as hemophilia. 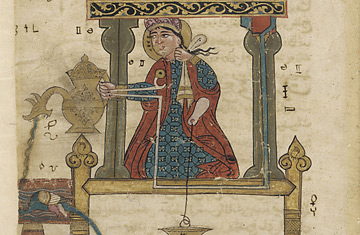 Hasan-al-Jazari was a brilliant mechanical engineer born during the late 6th century in Mesopotamia. His works described a vast number of machines and devices which represented probably the first ever practical application of mechanics on such a scale. He engineered devices ranging from water clocks to blood-measuring devices to highly efficient water pumps. His invention of the crank, converting rotational motion to linear motion, and allowing extremely heavy objects to be lifted with little effort was used for hundreds of years after his death and is still used today in devices such as bicycles. 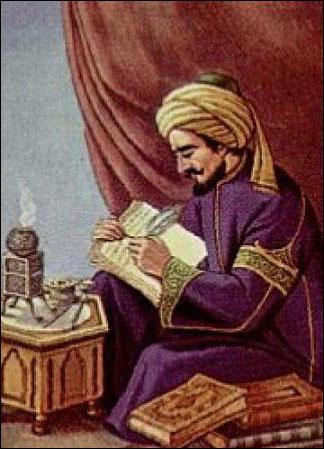 Living in the 9th century, Al-Kindi is hailed as the father of Islamic philosophy. Born in Basra and educated in Baghdad he went on to invent many famous works, and was highly advanced for his time. He opposed alchemy, claiming that metals could never be turned into gold, and invented the first method of cryptanalysis and code breaking: frequency analysis. He deduced that one could find out how frequently certain letters or groups of letters appeared in a cryptogram and match that to the frequencies of commonly known letters in the native language. (For example, the most commonly used English letter is “S”. Therefore, the most commonly used letter in the cryptogram would match to “S”). In addition to this, he was the first to create a device for distilling alcohol, known today as the “Alkindus Distiller” 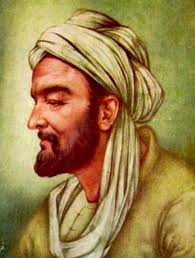 Known as Avicenna to the West, Ibn Sina was born in 980 in a town in modern-day Uzbekistan. His contributions range from medicine to theology to philosophy. He was the first to break some ground on Newton’s First Law, correctly deducing that an object thrown in a vacuum would never stop moving, and theorized that objects move because of a force, or “inclination” exerted on them. He also created a valid theory of momentum and a method of scientific inquiry. His five-volume textbook, translated as The Book of Healing was used as the primary textbook by the Islamic world and Europe all the way up to the 18th century.

Born in 858, in Harran (a town in modern day Turkey), Al-Battani revolutionized the world of astronomy when he calculated the solar year to an error of only 2 minutes and 22 seconds. He revised Ptolemy’s astronomical models of the Sun and Moon and was referenced by many famous astronomers of the Renaissance, such as Tycho Brahe, Riccioli and Copernicus. He also made massive steps forward in trigonometry, discovering tangent as a ratio between sine and cosine and the relationship between secant and tangent. The Moon crater, Albategnius, is named after him, and his name is referenced in Doctor Who and Star Trek. 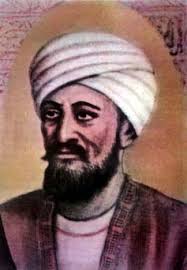 More commonly known as “Avenzoar”, Ibn Zuhr was one of the greatest Muslim physicians of all time. His works describe complex but accurate theories pertaining to pharmacology. He was the first to perform a tracheotomy (creating a hole in the trachea). He could be considered one of the first nutritionists and his work, al-Taysir, described many diseases of the organs and their treatment. He was the first to consider the importance of diet in therapy, and recommended diet-related therapies to many of his patients with urinary diseases which explained his high rate of success with patients.

A colleague of Ibn Zuhr, Ibn Rushd was famous for his philosophical treatises and his publication of the medical encyclopedia, ”Kulliyat”, translated as “Generalities”. He correctly defined force as the “the rate at which work is done in changing the kinetic condition of a material body” and went on to explain inertia. He was unfortunately exiled when a group of resentful scholars presented one of his works out of context to the caliph, Yaqub-al-Mansur. They took a sentence of his handwriting out of context which read “and it was shown that Venus was one of the gods”. He was summoned by the caliph who asked him whether the work was his handwriting. When Ibn Rushd denied, Mansur burned all his work and exiled him. 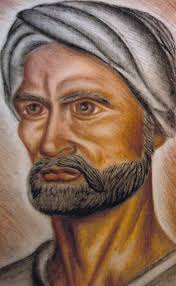 Born into a wealthy family in Tunis in 1332, Ibn Khaldun was one of the forerunners to the relatively modern sciences of sociology and economics. He created an early version of the business cycle theory in which he showed how empires rose and fell to barbarians and nomads. He wrote a comprehensive history of the world, titled Kitab al ‘Ibar, conceived a theory of social conflict, made the distinction between sedentary and nomadic life and their effects on civilization and described the economy as the sum of “value-adding” processes: labor and skill are added together to make raw materials (low value) into a product of higher value.

Karaz, sex 101 for the Middle East