Syrian army, Hezbollah advance in campaign against rebels in south

By Tom Perry
and Suleiman Al-Khalidi

A woman walks past a damaged building in the Douma neighbourhood of Damascus, February 12, 2015. REUTERS/ Mohammed Badra

BEIRUT/AMMAN (Reuters) – Syrian government forces and their Lebanese Shi’ite allies took new ground in a major offensive in southern Syria on Wednesday, pressing a campaign against insurgents posing one of the biggest remaining threats to Damascus.

The Syrian Observatory for Human Rights, which tracks the conflict, said the attacking forces spearheaded by Hezbollah had taken several hilltops and villages, and Syrian state television reported advances on Wednesday. A spokesman for a rebel group said they had lost ground, but described it as insignificant.

The south is the last notable foothold of the mainstream, non-jihadist opposition to President Bashar al-Assad, who has consolidated control over much of western Syria after almost four years of civil war.

Al Qaeda’s Syrian arm, the Nusra Front, is also active in the south, which stretches up to the frontiers with Jordan and Israel, while rival Islamic State jihadists control much of the north and east of the country.

With diplomacy going nowhere, the new offensive appears to reflect government confidence in its ability to defeat its enemies in battle. A senior U.S. military official said last week that the Syrian conflict was now “trending in the Assad regime’s favor”.

U.N. envoy Staffan de Mistura met Assad in Damascus on Wednesday to discuss his proposal for a ceasefire in the northern city of Aleppo, but that initiative is effectively frozen, Western diplomats say.

Sources on both sides of the southern battlefront said the offensive aimed to shield the capital Damascus, a short drive to the north. The insurgents had made significant gains in the south in recent months, taking several military bases.

“The regime wants to lay down a defense line around Damascus,” said the rebel, Abu Gaiath, spokesman for the Alwiyat Seif al-Sham group, part of the “Southern Front” rebel alliance that has received support from states opposed to Assad.

Speaking via the Internet from inside Syria, he said his group had a battalion deployed in the battle.

Southern Front spokesman Issam al-Rayes said government forces suffered heavy losses but they appeared determined to continue the advance. “The shelling is extremely heavy, their losses are major but they are not stopping. For us in this case the policy of holding ground is not a successful one.”

Syrian state TV broadcast live from Deir al-Adas, a town some 30 km (19 miles) south of Damascus that it said had been captured. The sound of artillery being fired could be heard. The nearby town of Deir Maker was also taken, state TV said.

“We were able to liberate this town, and, God willing, the rest of the towns will be liberated,” said a Syrian military officer interviewed on state TV from Deir al-Adas.

Media close to the Syrian government and Hezbollah said the operation had been several weeks in the planning.

Hezbollah, a powerful Shi’ite Islamist group backed by Iran, has offered crucial military support to the Syrian government during the civil war, which has killed around 200,000 people.

“This is the biggest offensive so far,” said Assad Zoubi, a defected Syrian army colonel based in Jordan’s capital Amman who is affiliated with the Southern Front groups. “Their aim is to move towards and recapture the strategic Tel Hara which the rebels took nearly six months ago,” he said. 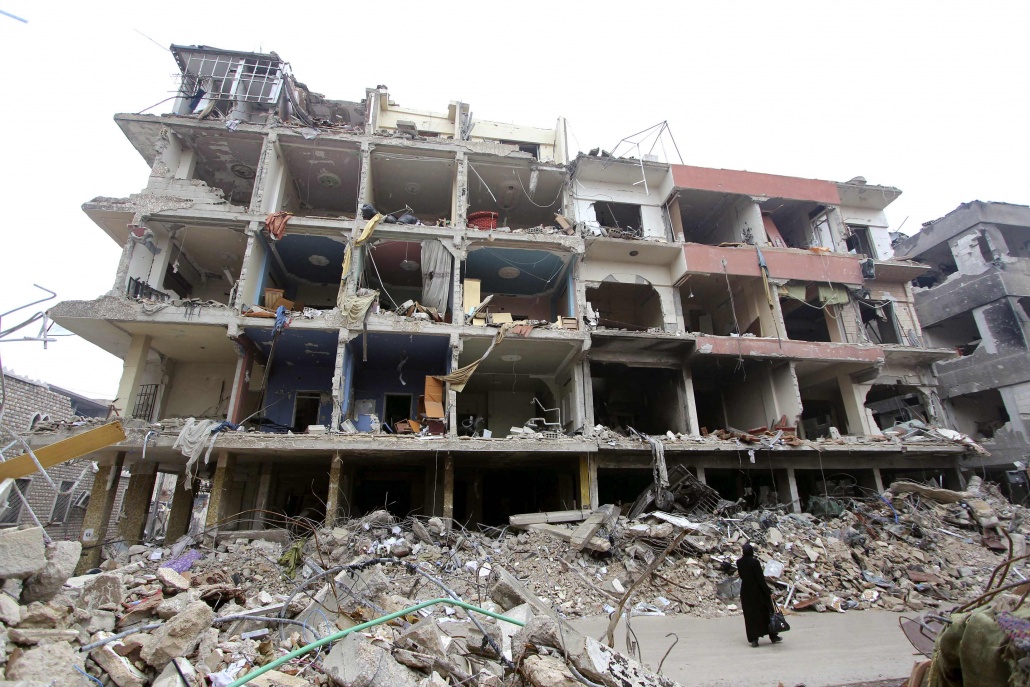 TMO Story About Fake Halal Causes $500,000 Fine Against Fraudster
The following is based on a press release from Orange County District Attorney. Ayub Khan Anaheim market to pay hefty…

© 2020 MuslimObserver.com, All Rights Reserved
It is time for Iran to tell the West ‘goodbye’