“The more they tell me I can’t go somewhere, the more I need to see what it’s really like.”

More often than not, tourists refrain from going to the Middle East because of the looming negativity illuminated on the news from these countries. In doing so, the portrayal of people who live in these countries is viewed with suspicion and wariness.

Alex Hill, a photographer, rejects these morbid assumptions and reveals the compassionate and humane side of the Middle East through his photography.

Hill has been volunteering for refugees in Istanbul, Turkey. For World Refugee Day he focused on the pure faces of refugee children marred by the horrors of war. The innocence etched on these portraits are threaded with catastrophes no child should witness at such a young age; yet, still shine brightly illuminating a sense of hope. It is clear the refugees in Istanbul and beyond are not letting war devour their ability to seek a brighter future. Hill reaches the heart and soul of these children through his photography to ultimately raise awareness to not forget a growing generation of high hopes.

In recognition of World Refugee Day, I’m posting some portraits (not all of which are traditional face portraits) of refugee kids we’ve been trying to help in Istanbul. Most of them are from Syria, but this city also has Iraqis and Afghanis fleeing from war. Feel free to share, comment, and use these images to raise awareness of the difficulties faced by refugees, especially children,” Hill wrote on Bored Panda.

In choosing to emphasize children for World Refugee Day, Hill exceptionally juxtaposes the harsh realities of war in order to summit the core of innocence and reason to be aware of what’s going on in the Middle East. It is clear in Hill’s photography and small but effective captions of each child, that the passion and grit enabled in these young children will get them to where they want to be. 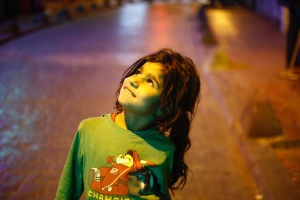 “Hope is still visible on the face of this four-year-old Syrian girl.“

War has painted Syrian, Iraqi, Afghani refugees as some alien breed that one can only feel sorry for. It is almost as if being ignorant on the matter means we have accepted that their doom only awaits them, completely rejecting that these are humans with a hopeful future. Hill captures the shining faces of refugees in order to purely bring awareness to the everyday life of a refugee and how it mirrors the everyday life of any child living in America, minus the morbid atmosphere of war and being enforced to labeled as a refugee. 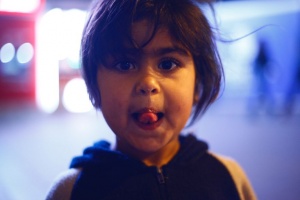 “Another ‘lighter moment’ as this girl sticks her tongue out at us.”

Hill has also traveled to Mecca, in order to show the ordinary lives of Muslims roaming around their holy city. His photography instills a warmness in the heart to see a non-Muslim revel in and accept the beautiful religion of Islam with an open mind, amidst the negative portrayal in the media. 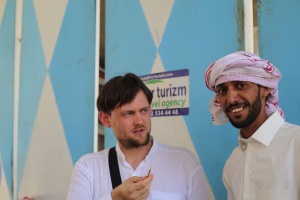 Discussing miswak with a Saudi brother. It tastes a little more acidic than toothpaste, but good overall. 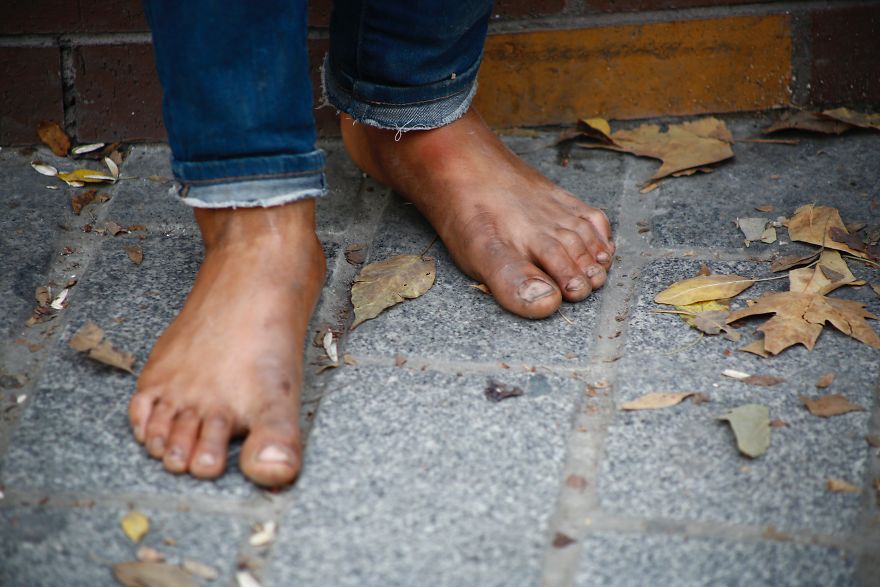 Mich Woman Imprisoned by Israel following settler takeover of Palestinian home
alethonews.blogspot.com Imprisoned American citizen and Michigan resident Ahlam Mohsen to be deported to the US after being arrested in a…

© 2020 MuslimObserver.com, All Rights Reserved
Be Cautious of Your Chocolate Ice Cream

Ghosts of Grenfall, Remembering the Victims
Scroll to top