On May 16, Libyaâ€™s rogue general Khalifa Haftar staged several bloody attacks against other Libyan militias in the name of eradicating terrorism by leading a paramilitary force evasively named the Libyan National Army. His well-equipped brigades were rapidly joined by officers from national army bases in the eastern parts of the country.

Units from the air force also joined in, along with tribal gunmen and other militias, particularly the strong and notorious Zintan militia. The well-coordinated attacks, named Operation Karama, or Dignity, resulted in heavy casualties.

When Karama is Not Dignity

Then, with unprecedented audacity, on Thursday he struck the parliament, sending Libyan lawmakers from the General National Council (GNC) fleeing for their lives. Among his demands: the dismissal of the parliament and the judiciary to take control of the countryâ€™s affairs until the next elections scheduled for 25 June. The man is supposedly a proponent for a democratically elected civilian government, a contradiction that is becoming quite common in post-â€˜Arab Springâ€™ Middle East.

During the attack on the parliament and the seizure of government buildings, Haftarâ€™s forces were backed by warplanes and helicopters. The show of force was massive, even for post-rebellion and NATO-led war Libya where guns are available in abundance.

Needless to say, Haftar is not a rogue general acting alone. He is supported by former Libyan Prime Minister Ali Zeidan, and has strong, rich Libyan and Arab backers. His long history of relations with the CIA is neither â€œmisleadingâ€ or â€œold newsâ€ as suggested by a recent article in the UKâ€™s Guardian newspaper. But what is his story? And will he succeed in becoming the Libyan equivalent of Egyptâ€™s General Abdel Fattah al-Sisi?

Haftar has been actively pursuing a similar media discourse to that of Egyptâ€™s Sisi, who seized power after overthrowing the democratically elected government of Mohammed Mursi in July 2013. Sisi had masked his action in a lexicon that is predicated on a very simple logic: associating the Muslim Brotherhood with terrorism, and vowing to crush the â€œterroristsâ€ who are supposedly threatening Egyptâ€™s national security.

In a series of interviews, including one with US network Fox News, Sisi warned of the danger of Islamic terrorism coming from eastern Libya, and called for US military support. The â€œnational securityâ€ argument is helping Sisi shift the focus from urban centres where Egyptian youth has staged daily and nightly protests demanding the restoration of democracy to the periphery â€“ as in Hamas in Gaza, militants in Sinai, terrorists in Libya, and even Sudan.

Haftar is also out to crush the Islamists, but the problem is that Libyaâ€™s Muslim Brotherhood is hardly the dominant political force in that country. Haftar knows well that Islamic-leaning parties in Libya are not all one and the same. Yet, he seemed keen on emphasising the Brotherhood as a target behind his ongoing war.

He told Asharq Al-Awsat. newspaper in an interview published in May that he intends to â€œpurgeâ€ Libya of Muslim Brotherhood members. They are a â€œmalignant disease that is seeking to spread throughout the bones of the Arab worldâ€. He even formed a Libyan counterpart of Egyptâ€™s Supreme Council of the Armed Forces.

The Libyans are certainly not Haftarâ€™s target audience. Their contention is with the security chaos that has afflicted their country due to warring militias following the NATO-backed victory over Muammar Gaddafi. In fact, Haftar is himself leading some of these militias, and his â€œarmyâ€ has contributed to the political uncertainty and violence in Libya.

The former Libyan general is clearly attempting to exploit Egyptâ€™s woes to his advantage, but is also vying for attention from various western governments â€“ especially Washington that until now seems rather reluctant to criticise Haftarâ€™s attempted coup.

In fact, Washingtonâ€™s indecision is similar to its silence when Haftar had attempted to stage the first coup last February, but failed. Afterwards, in a televised speech, Haftar denounced the government, and announced his own â€œinitiativeâ€, a roadmap of sorts that saw the disbanding of parliament. Few took him serious and top government officials mocked his coup attempt. One described it as â€œridiculousâ€. But consequently, many discovered the name Haftar, and some became keenly interested to learn more.

Did the Americans Know?

Ashour Shamis is a former partner of Haftar. Both were members of the US-funded Libyan National Army in the 1980s. In a recent interview with The Guardian he remarked, â€œI donâ€™t think something like this can happen in Libya and the Americans would not know about it.â€ According to Shamis, the Americans â€œwant to see how much momentum Haftar has and how far he goes.â€ Indeed, Haftar is doing a great deal to get Washingtonâ€™s attention, which has somewhat divested from Libya since the killing of its ambassador there and three others in September 2012.

To win favour with Washington, Haftarâ€™s list of enemies also includes Ansar al-Sharia, which along with other militias in Benghazi was accused of plotting the attack against the US embassy. But it shouldnâ€™t be too difficult for Haftar to gain Washingtonâ€™s trust. In fact, he already has. It is no secret that Haftar has had strong backing from the US Central Intelligence Agency for nearly three decades.
The man has been branded and rebranded throughout his colourful and sometimes mysterious history. He fought as an officer in the Chadian-Libyan conflict, and was captured alongside his entire unit of 600 men. During his time in prison, Chad experienced a regime change (both regimes were backed by French and US intelligence) and Haftar and his men were released per US request as he was moved to another African country. While some chose to return home, others knew well what would await them in Libya, for reasons explained by the New York Times on 17 May, 1991.

â€œFor two years, United States officials have been shopping around for a home for about 350 Libyan soldiers who cannot return to their country because American intelligence officials had mobilised them into a commando force to overthrow Col. Muammar Gaddafi, the Libyan leader,â€ NYT reported. â€œNow, the Administration has given up trying to find another country that will accept the Libyans and has decided to bring them to the United States.â€

Haftar was then relocated to a Virginia suburb in the early 1990s, where he settled very close to the CIA headquarters in Langley. The news is murky about his exact activities living near Washington DC, except for his ties to Libyan opposition forces, which of course operated according to US diktats.

In his thorough report, published in the Business Insider, Russ Baker traced much of Haftarâ€™s activities since his split from Gaddafi and adoption by the CIA. â€œA Congressional Research Service report of December 1996 named Haftar as the head of the (National Front For The Salvation of Libya) NFSLâ€™s military wing, the Libyan National Army.

After he joined the exile group, the CRS report added, Haftar began â€œpreparing an army to march on Libyaâ€. The NFSL, the CSR said, is in exile â€œwith many of its members in the United Statesâ€.

It took nearly 15 years for Haftar to march on Libya. It also took a massive war that was purported to support a popular uprising. Although he clearly attempts to brand himself as a potential Sisi, Haftar, per Bakerâ€™s description, is the Libyan equivalent of Iraqâ€™s Ahmed Chalabi, a discredited figure with strong allies in Washington DC, Chalabi was sent to post-Saddam Iraq to lead the â€œdemocratizationâ€ process. Instead, he helped set the stage for the calamity under way there.

It is no wonder why Haftarâ€™s return was a major source of controversy. Since the news of his CIA affiliation was no big secret, his return to Libya to join the rebels in March 2011 caused much confusion.
Almost immediately, he was announced by a military spokesman as the rebelsâ€™ new commander, only for the announcement to be dismissed by the National Transitional Council as false. The NTC was largely a composition of equally enigmatic characters that had little presence within Libyaâ€™s national consciousness. Haftar found himself as the third man on the military ladder, which he grudgingly accepted.

The Right Man for Libya?

Haftarâ€™s legacy has been linked to military coups as early as 1969, when he, along with a few soldiers, helped Gaddafi overthrow King Idris. Between then and the last two coups, he was, and perhaps still is, affiliated with the CIA.

But Libya is gripped by extreme violence and is hostage to the whims of militias, some tribal, others affiliated with small towns and large cities – Misurata, Zintan and so on – and others are loosely affiliated with government ministries. In times of such befuddling strife, some people might be ready to accept feeble alternatives. Despite his dubious legacy, Haftar might oddly enough appear to some as Libyaâ€™s strong man.

As expected, many are not convinced. Powerful militias are also lining up against Haftar. Misurataâ€™s 235 militia brigades are ready to fight. They have already deployed near Tripoli. If this showdown is allowed to carry on, a bloody civil war will be awaiting Libya, one that might prove even bloodier and lengthier than the NATO-led war against Gaddafi.

This time around, however, neither NATO nor the US seem willing to get involved again, at least not until one warring camp proves worthy of their support. In all cases, Libyaâ€™s suffering is likely to linger.

(Ramzy Baroud is the Managing Editor of Middle East Eye. He is an internationally-syndicated columnist, a media consultant, an author and the founder of PalestineChronicle.com. His latest book is My Father Was a Freedom Fighter: Gazaâ€™s Untold Story (Pluto Press, London). 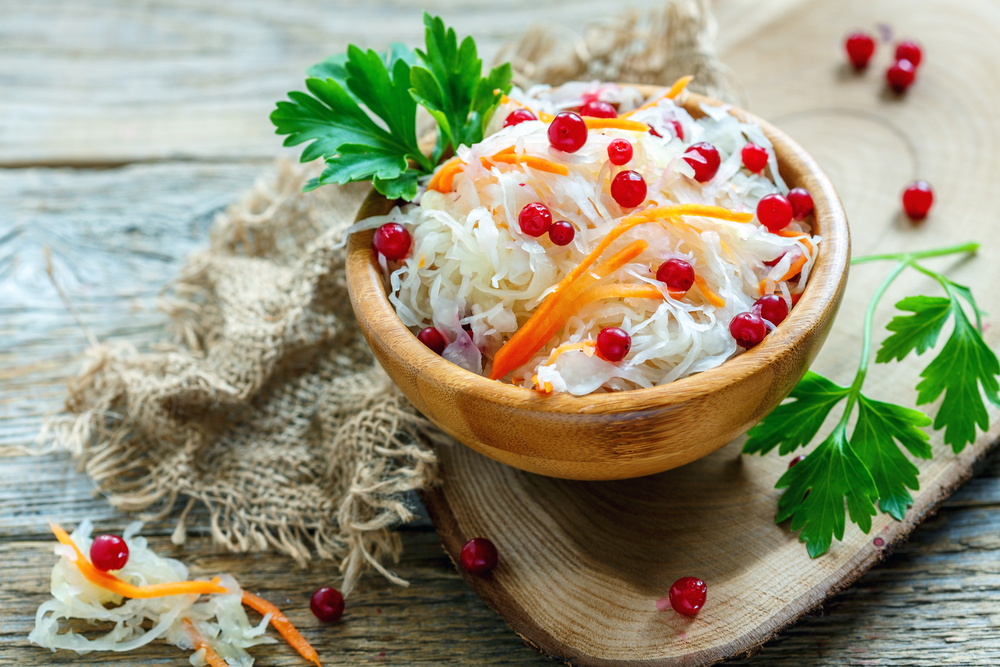 Trump suggests fallen soldiers’ families are to blame for his contracting COVID-19
by Aysha Qamar A day after what people are calling the “Rose Garden Superspreader,” Donald Trump welcomed Gold Star families…