Approximately 700 attendees gathered for the MAS-ICNA conference held at the Tawheed Center in Michigan. This year’s conference was centered around Healing Humanity: Lessons from Islam  on Sept 21. The goal was to emphasize strengthening core values of Islam such as unity, helping those in need and taking care of the well-being of each soul. The event featured many notable speakers, entertainment performances, an international bazaar, food bank, mobile health care clinic and matrimonial banquet.

Several national speakers and scholars of Islam delivered moving speeches. Imam Siraj Wahhaj, a well-known scholar from Brooklyn, NY, spoke on the importance of remaining steadfast in the face of challenges against Muslim values and identity. He noted how several religions in the western world are losing their steadfastness in faith and if Muslims are not careful, the same thing could occur to them.

Traveling from North Carolina was Imam Khalid Griggs, who delivered a powerful speech titled “Walls of Division: Has America Lost its Soul?”
In his speech, he addressed the increasing sentiment of xenophobia underlined by public policy enacted in recent years. In addition, he gave a talk on “Let the Healing Begin! An Open Invitation.”

A bazaar featuring ethnic dresses, fine jewelry and religious books was offered to the attendants. There were also multiple food stands selling biryani and other South Asian foods. An Arabic dessert table by Taste of Palestine was also present, which included date cookies, coconut treats and traditional chocolate cake. An ice-cream cart selling a South Asian dessert, Kulfi, was also popular amongst attendants.

The event also had a  Qiraat competition, testing the youth on their Quran recitation skills ran concurrently with the other event programs. Three groups from ages six-years-old to nine-years-old, 10-years-old through 12-years-old and 13-years-old to 16-years-old competed in 10 different styles of Quran recitation. The winners received a certificate of recognition, leaving their parents proud.

Over 80 people attended the Matrimonial Banquet to meet suitable spouses. The event format was only open to conference participants, at $30 a candidate. It was a safe and supervised method of meeting potential spouses in accordance with Islamic values. A diversity of attendees participated.

In the evening before the last round of speeches, attendees were treated with live entertainment. Abdallah Jasim left the audience in laughter with his classic stand-up comedy routine, relating to American-Muslim life. Khadega Mohammed delivered a powerful spoken word performance emphasizing remaining strong in Islamic values.

ICNA’s Muslim Family Services were present, providing free basic health checkups by volunteering physicians through a fully equipped mobile clinic. They also had a food bank, administering food staples to those in need.

Overall the conference was a fruitful event that brought spiritual and practical benefit to its attendees. 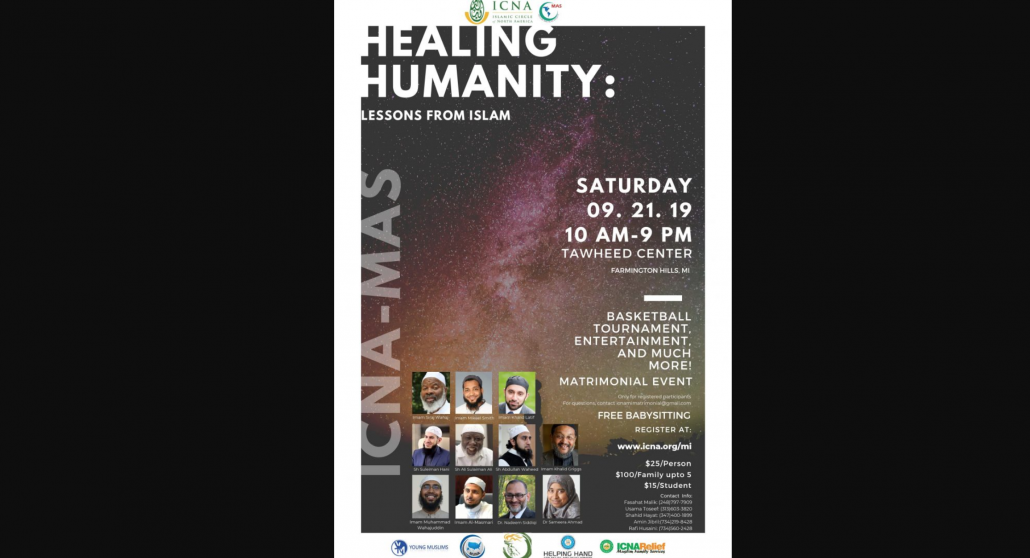 The Pakistani Venus And Serena

Community News (V12-I14)
Shah R. Ali Receives Soros Fellowship This is a second in our continuing series on profiles of young Muslim American…

More than 100 Killed in West Libya Clashes in a Week