IMANA sets up clinic in Haiti

Imana team on their first day in Haiti

PORT-AU-PRINCE, Haiti–The Islamic Medical Association of North America (IMANA) said today that it has helped convert an amusement park in Port-au-Prince, Haiti, to a health care facility. The facility, which is seeing over 100 patients a day, is being operated through a partnership between IMANA, other medical teams, and local partners such as Aimer Haiti.

With existing hospitals in Port-Au-Prince overwhelmed with patients, IMANA said physicians at the facility are hoping to increase their capacity as quake victims continue to present with fractures, infected wounds and dehydration.

â€œOn day one, an air hockey table doubled as a procedure table. Now, with our partners, we are providing services from pediatricians, obstetricians, emergency doctors, and surgeons to at least 100 patients a day. We are hoping to arrange equipment that would allow our surgeons to go from performing simple procedures to running a full mobile operating room,â€ said Dr. Sameer Gafoor, a volunteer physician in Port-au-Prince. Gafoor is a cardiology fellow in Washington, D.C.

IMANA  is planning to send additional teams of physicians and surgeons every week with shipments of supplies to support existing operations.

FLINT, MI–The Flint Islamic Center, catering to more than 1500 Muslims in the area, is seeking a $4.5 million expansion to its existing facilities. The new complex will have a mosque, a grade school, and will double its size from its current facility.

Besides an expanded worship space, a multi-purpose hall for social gatherings, a professional kitchen and new offices, the plan is to revamp the school operation with a new media center, science lab, school cafeteria, a new gym, an expanded computer lab to include long-distance learning, and room for a new high school program, said board member Abed Khirfan to mlive.com.

The Flint area continues to attract Muslim professionals and their families to the area due to its excellent schools, communities, and hospitals.

SACRAMENTO, CA– Kais Menoufy, a Muslim community activist in Sacramento, was honored by the Florin Chapter of the Japanese American Citizenâ€™s League, for his commitment to civil rights.

Since 2006, the Florin JACL has partnered with Muslim organizations to take Muslim American youths to the Manzanar Internment Camp in the Southern California desert where Japanese American were interned during World War II.

Interfaith leader Eboo Patel is one of the featured speakers at this yearâ€™s graduation ceremonies beginning on June 11, 200. He will joing UN Ambassador Susan Rice and Stanford Philosophy Professor Debra Satz.

Patel is a member of the Obama administrationâ€™s Advisory Council on Faith-Based and Neighborhood Partnerships. A Muslim born in India and raised in Chicago, he founded the Interfaith Youth Core in 1998 to inspire and train college students to build understanding.

He is the author of a Washington Post blog, â€œThe Faith Divide,â€ which explores what drives faiths apart and what brings them together. He also wrote â€œActs of Faith: The Story of an American Muslim, the Struggle for the Soul of a Generation.â€ He holds a doctorate in the sociology of religion from Oxford, and a bachelorâ€™s degree from the University of Illinois.

â€œWe believe Eboo Patelâ€™s lifelong work to encourage religious tolerance and to prompt young people to take action will inspire all of us to make a difference,â€ the class presidents said. 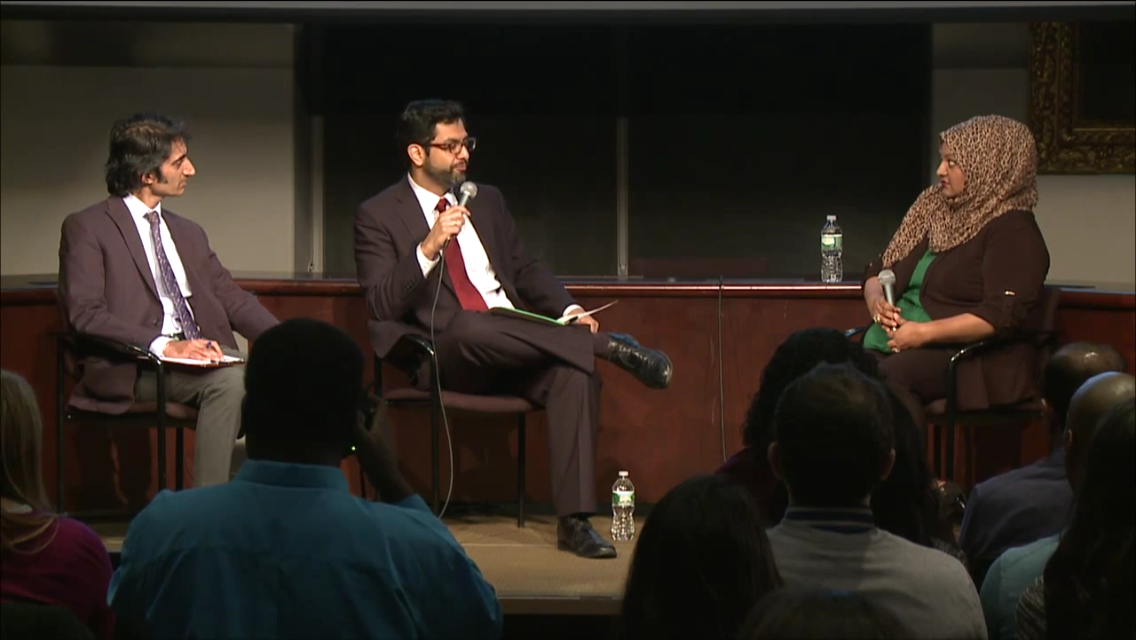 Civic Engagement Over Coffee or Chai?

Muslim journalists no longer as rare in US newsrooms