Watching Riyadh, the capital of Saudi Arabia nowadays, is like Kremlin-watching in the old days of the Cold War. It is not as if most Western journalists have a really good idea of the maneuverings inside the Saudi palace or know why exactly things happen.

Since King Salman succeeded the late Abdullah this winter, Saudi Arabia has become a different country with regard to foreign policy. Abdullah was known for being cautious and diplomatic. He appears to have attempted to head off the Iraq War at the Arab League meeting in 2002 by kissing Saddam Hussain on both cheeks as a sign to Washington that he wasn’t on board with an invasion. Even in the darkest days of tension with Iran under Mahmoud Ahmadinejad, he invited the quirky Iranian president to Riyadh. He wanted Bashar al-Assad of Syria gone after the latter started massacring that country’s Sunni rebel strongholds, including civilians in rebel zones, but he was uncomfortable with the rise of al-Qaeda-linked groups and Daesh (ISIL, ISIS) in Syria and threw support instead to a southern front of moderates in cooperation with Jordan and to Zahran Alloush’s Army of Islam (a component of the Islamic Front).

Since Salman came to power, it is as though Bruce Banner got angry and turned into the Incredible Hulk. Wahhabi Saudi Arabia has been palpably uncomfortable with the campaign against Daesh in Iraq, which has seen Iran-linked Shiite militias take the lead in conquering Sunni Arab centers like Tikrit. Saudi Arabia is afraid of Daesh too, but not nearly as afraid of it as it is of Iran and Iran’s Shiite allies in the region. Riyadh appears to have suddenly been willing to aid the new coalition of rebels in north Syria, the Army of Conquest, even though one of its major members is al-Qaeda in Syria (the Support Front or Jabhat al-Nusra). And then without telling the US it was going to do so until the last minute, the Saudi Air Force began a massive bombing campaign on Yemen in a bid to destroy the rebel Houthi movement of Zaidi Shiites that was taking over that country, Saudi Arabia believes, as a proxy of Iran.

I think we may conclude that something has changed. The hawks have taken over Saudi Arabia and it is newly militarily assertive and the long-standing paranoia about Iran has spun out of control.

Enter President Barack Obama, who wants to do a deal with Iran to allow it to enrich uranium for electricity generation but to forever forestall an Iranian nuclear weapon (which Iran in any case says it does not want and considers a tool of the devil). A nuclear settlement is not a threat in itself, as common sense should make clear, but it would entail an end to the severe sanctions that have somewhat constrained Iran’s economic growth and technological development.

Iran, if it came in from the cold and could freely do commerce and technological exchange with the West, could become the giant of the eastern reaches of the Middle East. Its population is nearly that of Germany, whereas Saudi Arabia’s citizen population is closer to that of Romania. And the rest of the Gulf Cooperation Council countries are tiny principalities. The citizen population of Qatar is less than 300,000 and even the United Arab Emirates has a citizen population of only a couple of million – we are talking about Iceland and Slovenia here. Population is important in geopolitics because it determines the size of the army that can be fielded and it also usually has implications for size of gross domestic product. Here, however, Iran has about the same nominal GDP as the United Arab Emirates, because the former’s oil sales and financial transactions have been throttled, whereas the UAE freely sells its petroleum and also rivals Switzerland as a banking and investment center.

That is, Saudi Arabia and its GCC allies believe that we are in a moment like that of the 1860s, when the German principalities were coming together as modern Germany. The first big sign of the new kid on the block was the defeat of Napoleon III’s France at Sedan in the Franco-Prussian War of 1870-71. Since then, Germany has usually been dominant, either as a powerful enemy or as a senior partner in Europe after WW II. Saudi Arabia distinctly does not want to play France to a Bismarckian Iran.

One thing you could do as Lilliputians to constrain the Iranian Gulliver is tie it down with lots of small constraints and alliances. Hence, Obama’s summit with the Gulf Cooperation Council (Saudi Arabia, the United Arab Emirates, Kuwait, Bahrain, Qatar and Oman). They want, AP reports, a security deal with the US similar to the special relationship with Israel. Perhaps something less than a formal NATO treaty alliance, but much more than a vague commitment to be supportive and friendly. They want lots of American weapons and trainers and they want an iron clad security shield from Iran.

In the absence of many public statements, I can only speculate. But I think Obama’s priority will be to convince the GCC that:

a) The Iran deal makes them safer, not more exposed, with regard to Iran

d) Daesh has to be rolled back and defeated, even if that strengthens the Shiite, Iran-backed government in Baghdad of Haydar al-Abadi of the Islamic Call Party (Da’wa), which is generally fiercely anti-Wahhabi (Wahhabism is the Saudi state church, and it has a history of being fiercely anti-Shiite).

This list appears to have angered King Salman, so that he canceled his trip to Washington and sent his new crown prince, Muhammad bin Nayef, instead. Likewise, Bahrain’s king did not attend (his Sunni court has been repressing a political movement of the Shiite majority that he believes is stirred up by Shiite Iran). Other absences, the top leaders of the UAE and Oman, are probably health-related and not, as with Saudi Arabia and Bahrain, intended to send a signal of displeasure with Obama’s complaisance toward Iran. In fact, Oman has been a mediator with Iran and its foreign office approves of Obama’s outreach to that country. Dubai in the UAE is also reportedly happy about the Iran rapprochement.

The NYT quotes a UAE professor who maintains that the GCC countries were upset when Obama said that they faced more internal problems than they did from Iran. The GCC states are mostly absolute monarchies, with the exception of Kuwait, and many do face popular discontent, as with Bahrain. Many also have enormous guest worker populations that dwarf the citizen population and who are trapped in sweat shops without rights. Obama is right that they need substantial reforms if they are to avoid potential severe unrest, but maybe it wasn’t the right time to say it.

In short, Obama’s GCC summit was not the high-powered equivalent of a G7 meeting, where the top leaders hobnob and make personal understandings. It was largely a summit of crown princes, the people typically sent to the state funeral of lesser world leaders. And that should tell us something about Gulf-US relations right now.

Editor’s note: This article originally ran on juancole.com. The author’s views are his own. 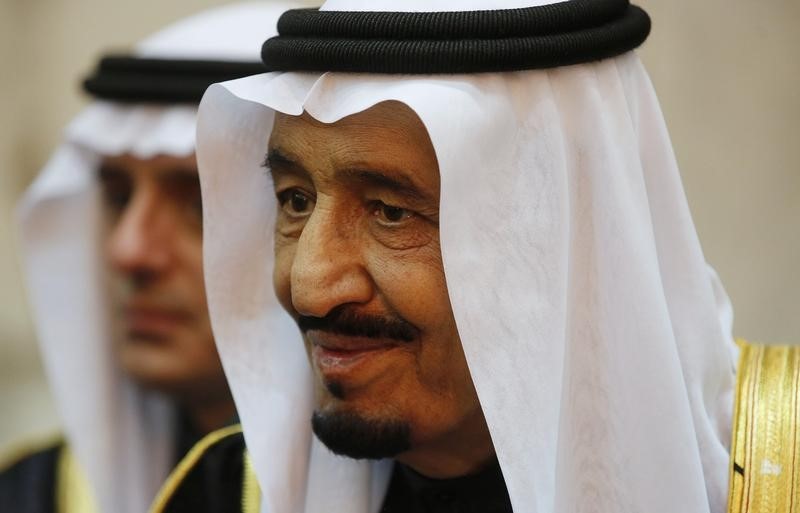 © 2020 MuslimObserver.com, All Rights Reserved
Five ways to tell if your mosque is successful or just big

Does science show spirituality benefits your child?
Scroll to top