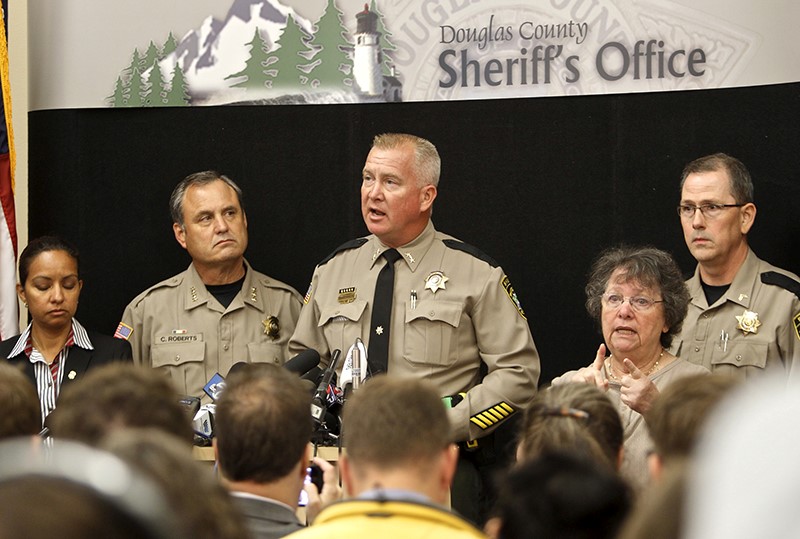 Douglas County Sheriff John Hanlin, center, speaks at a news conference in Roseburg, Ore., on Oct. 2, 2015. Chris Harper Mercer, the man killed by police the previous day after he fatally shot nine people at a southern Oregon community college was a shy, awkward 26-year-old fascinated with shootings, according to neighbors, a person who knew him, news reports and his own social media postings. Steve Dipaola / Reuters

According to a classmate and a survivor of the attack, the shooter asked people to stand up and identify their religion before he opened fire.

The U.S. averaged more than one mass shooting per day this year and President Obama has now experienced 994 mass shootings since he was re-elected in 2012.

Given the death toll and the explicit targeting of religious identity, the shooting in Oregon resembles the shooting in Charleston, S.C., earlier this year. On that occasion, 21-year-old Dylann Roof walked into the historic Emanuel African Methodist Episcopal Church and opened fire. Roof murdered nine African-American congregants before he fled.

Both Roof and Mercer, who later killed himself, were motivated by hate against those who identified with religion differently than they did. Both are terrorists in every sense of how we understand the word — except for one. Both are non-Muslim, and therefore, our media and political leadership are reluctant to place them in the terrorist category.

In our modern world, “terrorist” is a racially coded word we have reserved primarily for describing Muslims engaged in acts of violence. We are quick to label violence as terrorism the moment we learn that the perpetrator is Muslim, yet we immediately stop short when a non-Muslim commits the same act of violence.

Mercer murdered nine innocent people to further his political ideology and worldview. So why don’t we call him a terrorist? As a nation we can’t continue to have it both ways and expect to adequately address the true threats we face together as a country.

The framing of mental illness plays into classic colonialist and Orientalist discourses in which the colonized are presumed to be savage and irrational, whereas the colonizers are rational and civilized. In other words, we presume that a violent white person must be mentally ill, whereas we assume that a person of color is either predisposed or conditioned to be violent.

By misunderstanding legitimate threats to our national security, we miss the fact that this incident falls into a larger pattern of increasing mass shootings and domestic terrorism committed by our fellow citizens.

In Charleston, it took nearly 48 hours to publicly discuss the shooting as domestic terrorism. In Oregon, this conversation has yet to even begin. The media’s response to the Charleston shooting is nothing more than a well-rehearsed trope, in which mass violence by white men is dismissed as an isolated incident.

In his remarks after the shooting, President Obama challenged our assumptions that international terrorism poses a greater threat to our nation than gun violence. He pointed out that while we rightly devote resources to protect against “terrorist attacks,” we continually fail to identify and address the threat of violence within our own borders. When we continually misidentify the problem, we then fail to examine the right solution.

Recent studies from the Police Executive Research Forum show that international terrorism is not the greatest threat to our national security. Rather, the most serious threat to our stability as a nation is the growing threat of domestic terrorism motivated by xenophobia and bigotry.

An FBI study found that 94 percent of all terrorism committed on U.S. soil between 1980 and 2005 was perpetrated by non-Muslims. Roof and Mercer have each killed more Americans at home in the past three years than al-Qaida and ISIS combined.

Our entire American discourse over what constitutes a threat remains grossly inaccurate, and therefore, our response in these moments of terrible tragedy is deeply problematic.
It is critical that we re-examine how we think about terrorism in order to properly address this problem. Until we do so, we will continue to be at risk — at our places of worship, in our own homes, and yes, even in our schools.

Editor’s note: Simran Jeet Singh is an assistant professor of religion at Trinity University in San Antonio. He is also the senior religion fellow for the Sikh Coalition and a Truman fellow for the Truman National Security Project. His views are solely his own. 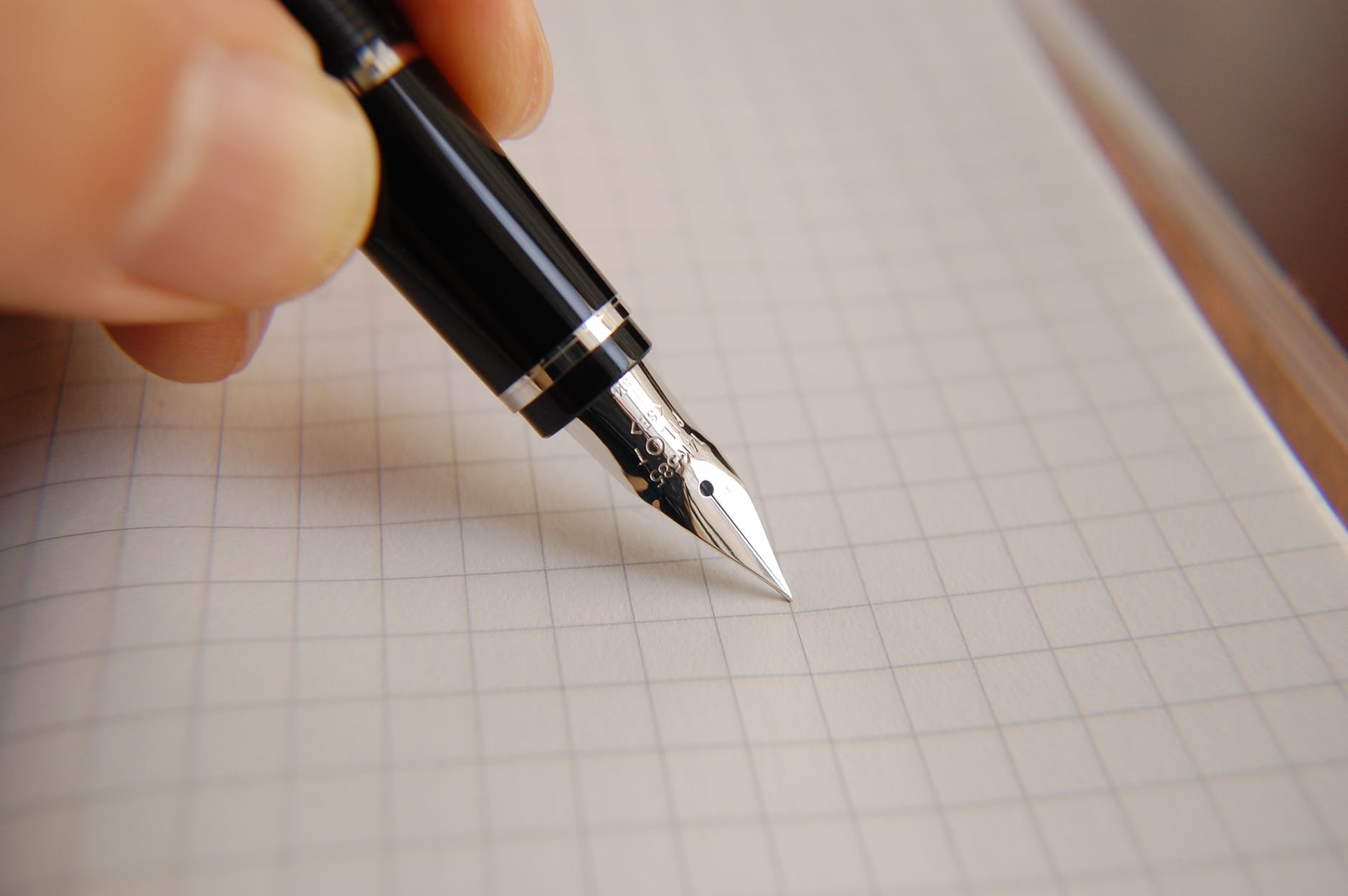 Health Tips and Tricks for the Busiest Bees

Pew Study: Many Muslims Believe In Mixing Mosque And State
By Scott Neuman Faithful in Bangladesh offer Friday prayers during a street protest in the capital, Dhaka, in March. AFP/AFP/Getty…

© 2020 MuslimObserver.com, All Rights Reserved
Anti-immigrant rhetoric can be deadly