It’s a personal vendetta of Trump against two Muslim congresswomen. It is not presidential and it is not American. It’s more like a scene from a Western movie. If you are not with me, you are my enemy and I would do whatever I can to silence and humiliate you. The President of the United States took his fight against Ilhan Omar and Rashida Tlaib to Israel and an always willing Prime Minister obliged him by banning the two elected congresswomen from visiting the West Bank and Gaza, the two Palestinian territories.

The rationale given by Trump was the so-called anti-Semitism of the two new Muslim Democrats representing Michigan and Minnesota districts. Trump and Netanyahu were rightly rebuked by bi-partisan leadership including almost all Democratic hopefuls as well as Israel’s staunchest supporters such as AIPAC officials and American Jewish leaders.  The President had tweeted Thursday that the visit would show great weakness because the two congresswomen hate Israel and all Jewish people.

Rabbi Rick Jacobs, President of the Union for Reform Judaism, the leader of American’s largest Jewish denomination criticized Israeli decision and called it “wrong, full stop.” The Rabbi called Netanyahu and Trump reckless and asked Israel to reverse the decision. Some 35 percent of American Jews identify the Reform Jewish Movement, but Israel’s chief rabbinate does not accept it as a legitimate Jewish group.

A statement issued by the American Israel Public Affairs Committee, Israel was urged to reverse the decision as every member of Congress should be able to visit and experience our democratic Israel firsthand.

Democratic presidential hopeful Bernie Sanders was harsh in his criticism of Israel. He asked Israel to reverse the decision and questioned the legitimacy of receiving billions of dollar aid. Sanders said: “Banning Congresswomen Omar and Tlaib from entering Israel and Palestine is a sign of enormous disrespect to these elected leaders, to the United States Congress, and to the principles of democracy,”

“Israel doesn’t advance its case as a tolerant democracy or unwavering US ally by barring elected members of Congress from visiting because of their political views. This would be a shameful, unprecedented move,” Elizabeth Warren tweeted. “I urge Israel’s government to allow @IlhanMN and@RashidaTlaib entry.”

Former Vice President Joe Biden condemned Israel’s move to ban the lawmakers’ entry and took a shot at Trump for encouraging the country to do so. “I have always been a stalwart supporter of Israel—a vital partner that shares our democratic values. No democracy should deny entry to visitors based on the content of their ideas—even ideas they strongly object to. And no leader of the free world should encourage them to do so,” Biden tweeted.

“Make no mistake, the Israeli government just barred two elected members of the U.S. Congress from an official trip just to appease President Trump’s fragile ego,” tweeted former Housing and Urban Development Secretary Julián Castro, another Democratic presidential hopeful. Rep. John Delaney D-MD called Israel’s decision  “precisely wrong. Andrew Yang said he hopes Israel reverses its decision and said Trump cares more about “riling his base.” “It’s sad to have a president who acts like a child bully in the schoolyard when it comes to international relations,” tweeted Rep. Seth Moulton (D-Mass.). “President Trump, you show great weakness every single day—when you attack women of color, when you degrade the office of the president, and when you ask our allies to stoop to your level,” former Rep. Beto O’Rourke (D-Texas) tweeted. Sen. Cory Booker (D-NJ) also made a plea to Israel to reverse its decision to ban the Muslim American Democrats from crossing its border, while criticizing Trump. “Trump’s constant attacks on Congresswomen Omar and Tlaib are no secret to the Israeli leadership. Reversing this decision would demonstrate they understand the dangerous nature of Trump’s racist rhetoric both here at home and around the world,” Booker said.  Another Democratic hopeful Sen. Amy Klobuchar criticizing Israel said that exporting intolerance is a sign of weakness.

Ilhan Omar, in her tweet, called the Israeli decision an affront. “It is an affront that Israeli Prime Minister Netanyahu, under pressure from President Trump would deny entry to representatives of the U.S. government. Trump’s Muslim ban is what Israel is implementing, this time against two duly elected members of Congress,” Omar said. “The irony of the ‘only democracy’ in the Middle East making such a decision is that it is both an insult to democratic values and a chilling response to a visit by government officials from an allied nation,” Omar continued.

UPDATE AFTER PROTESTS OF THE BAN:

After denying her visa to visit her 90-year-old grandmother and other members of the family in the West Bank, the Jewish state once again took a u-turn and revoked the restriction, but this time Tlaib rejected the offer saying that she would not visit the apartheid state. She said, “I have decided that visiting my grandmother under these oppressive conditions stands against everything I believe in–fighting against racism, oppression & injustice,” Tlaib said in a tweet.

Tlaib in a letter to the Israeli government had requested permission to enter the country saying “I would like to request admittance to Israel in order to visit my relatives and specifically my grandmother, who is in her 90s and lives in Beit Ur al Fouqa. this could be my last opportunity to see her. I will respect any restrictions and will not promote boycott against Israel during my visit.”

Meanwhile, Tlaib’s family in the West Bank condemned Israel for the putting restrictions on her visit.

Tlaib’s grandmother Muftiya Tlaib and her uncle Ghassan Tlaib speaking to media said, “We reject the decision of the Israeli occupation to ban the entry of Congresswomen Rashida Tlaib. This highlights how Israel antagonizes every individual or organization that support the inalienable rights of the Palestinian people and rejects every attempt at explaining the reality of the Palestinian life under occupation.” 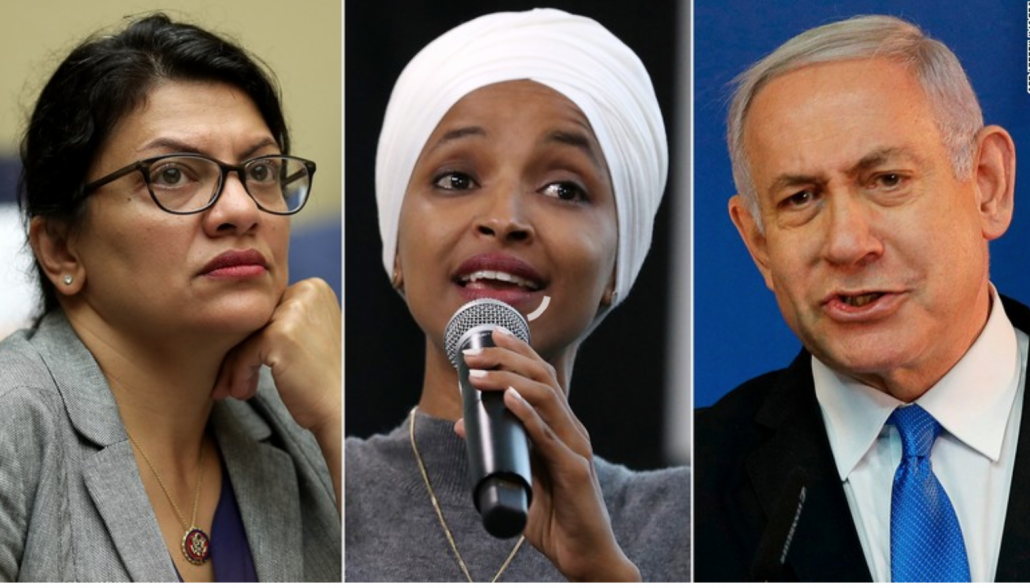 Mumbai Carnage
By Dr. AS Nakadar, TMO CEO   A Muslim pays homage to the victims of the Mumbai attacks during a…

© 2020 MuslimObserver.com, All Rights Reserved
MIST Nationals Comes to An End