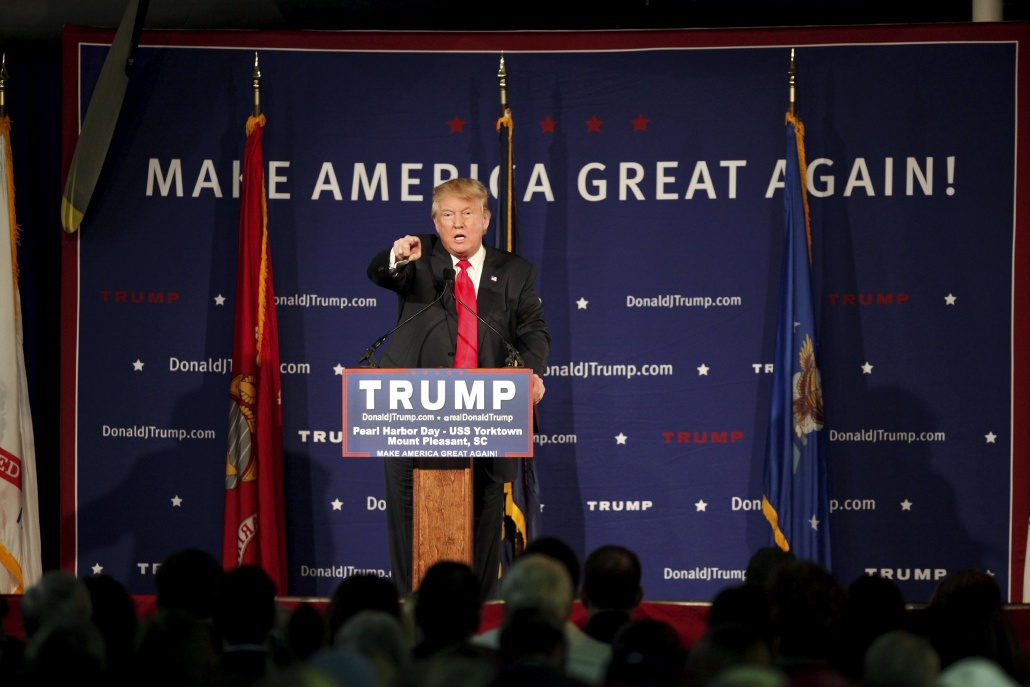 “What I’m doing is no different than FDR,” Trump said on ABC’s “Good Morning America” program in one of a round of heated television interviews where he defended his plan in the wake of last week’s California shooting spree by two Muslims who authorities said were radicalized.

“We have no choice but to do this,” the candidate seeking the Republican nomination in the 2016 presidential race told ABC. “We have people that want to blow up our buildings, our cities. We have figure out what’s going on.”

In a separate, nearly 45-minute interview on MSNBC, Trump said he did not know how long the ban on Muslims would have to be in place. “Until we can get our hands around the situation, we have to do something and we have to do it now,” he said.

Critics have said Trump’s plan rejects American values by singling out people solely based on their religion.

Fellow Republican candidates as well as Muslims in Pakistan and Indonesia have denounced the plan.

Trump’s was the most dramatic response by a presidential candidate, even as other Republicans have called for a suspension to U.S. President Barack Obama’s plan to allow 10,000 refugees from Syria.

On Tuesday, he reiterated that the plan would be temporary, telling ABC that the ban would last until Congress acts on the issue. He also said American citizens who are Muslim would be allowed back into the country after an overseas trip.

Asked about how the ban would work, Trump told MSNBC people would be asked about their religion when they tried to enter the country.

In a confrontational exchange with CNN anchor Chris Cuomo, Trump, his voice hoarse, defended a ban as necessary: “We’re at war. Get it through your head, Chris.”

Still, he said he did not support internment camps, which Roosevelt had set up during World War Two.

“I don’t want to bring to bring them back at all,” Trump said on ABC. He added his plan had “tremendous support” from thousands of people who “just want to see something happen.”

During past disputes with Republicans, Trump, a one-time Democrat, pledged to remain a Republican presidential candidate and not launch an independent bid outside of the party.

Trump also did not directly answer questions in his telephone interview Tuesday about the prospect that the Republican party could rebuke him for his comments.

Islamic Relief Malaria Conference
By Susan Schwartz, TMO It is easy to forget that people suffer and die unnecessarily from disease as well as…