Editorâ€™s note:  The TMO Foundation conducted a scholarship essay contest and TMO is now printing the essays of some of the entrants to the contest.

These are the first words that cross an average Americanâ€™s mind when he hears the word â€œIslam.â€ It has been almost ten years since the September 11th attacks on the World Trade Center in New York. The status of Muslims in the West took an immediate twist since then. The worldâ€™s focus on Islam, extremism, and violence has surpassed that on any other political topic. At any given moment, if an individual in the West flips through random media channels, he is bound to find one anchor speaking about a particular incident involving an â€œIslamic Extremistâ€ who killed innocent people. What have Muslims done since 9/11 to relay the correct image of Islam to the West? Where are the voices of Muslim speakers, politicians, scholars, and journalists?

Despite the fact that many Muslims are actively speaking out against terrorism and violence, scores of Americans are not adequately informed about the proper teachings of Islam. For every Muslim journalist who speaks out and condemns religious extremism, ten or so fanatics tarnish the image. This excessive ideology creates a serious issue for Muslims living in the United States. Our goal is to continue giving the correct impression of Islam to Non-Muslims, yet we are challenged. There is a lack of information in Western media given to portray Islam according to its true teachings. Media has always been and will continue to be the most prominent tool in relaying information to people.

After careful consideration, I have decided to pursue the path of journalism and media for two main reasons. The first is that this is something I have an interest in; conveying the true message of Islam gives me tranquility. The second reason is that the Muslim journalists are the poets that the Arabs were 1400 years ago in Makkah, now the capital of Saudi Arabia. These poets conveyed messages to the people and their word was dominant and mighty. In other words, they were the media of their time. The media of the twenty-first century is what influences mankind. Media barons proofread, edit, and publish based on what the people want to hear.

In order to impact an entire nation, the media must all be presented in a similar manner. If enough news stations vocalize ideological incidents consistently, then psychologically, peopleâ€™s minds will become accustomed to that. Most of them will not question such â€œreliableâ€ and daily sources. Similarly, if enough Muslim journalists cover the news and present it to national residents on a constant or near-constant basis, then their word will be heard and more Americans will contemplate on the global matters being discussed all the time. People do not stereotype by nature, nor are they born prejudiced. These traits develop and in the twenty-first century, they are at their climax. Muslim journalists (as well as Non-Muslim ones) who are combatting the distorted image of Islam with an accurate one need more assistance and need to be heard better.

I want to be a journalist to help these few activists change the way Islam is perceived by the West, especially America, through advanced methods, such as the television. Other than television, one of the most influential ways to send a message to the world is through the Internet. Since 9th grade, when I began and completed the memorization of the Holy Quran, I took an interest in my religion beyond parental expectations. I opened YouTube channels for Muslims and Non-Muslims; I joined forums, took Islamic Studies courses, and became active in my community. I began leading the prayers at the mosque and giving Friday sermons. But I realized that Internet aside, there was a key reason that Americans werenâ€™t completely informed of Islam. That key is the English language.

Praise be to God, I was raised learning multiple languages until secondary education, when knowledge became my responsibility. I realized throughout those high school years that the most vital key to bringing Islam to non-Muslim friends was proper translation and communication of everyday Muslim rituals, actions, and teachings. My English improved greatly over a few years and I completed my first novel at the age of 14. My poetry was published after winning a school-wide competition in an internationally-sold book. Later that year, I became the student President and ran the schoolâ€™s newsletter, The Spectator. It was my job to find ideas for each weekâ€™s print of 100 newsletters, as well as to actually edit and finalize all articles. This helped strengthen my language as well as develop my sense of free writing. At this point, English became my preferred language.

Meanwhile, more Muslim youth entering the fields of journalism, communications, and English should be trained by experienced journalists and commentators. There simply are not enough opportunities for youth, especially Muslim youth, to be trained and brought into the playing field. Doing so will give future generations of Muslims a stronger grasp on how to direct the news properly while maintaining a constant resource of anti-Islamophobia.

Furthermore, Muslim media such as The Muslim Observer, one of the best (if not the best) news sources, need to reach out to youth in order to build that future generation that will help keep Muslims in America debating actively all open discussions and policies. As you very well know, the pen is mightier than the sword. The might of the pen, the spoken word, are what influence the masses.

To win a war, you do not need to kill your enemies; you need to convince them with the power of eloquence and truth. I personally would love to work for a Muslim media network; being active, debating, and spreading the accurate teachings of Islam gives me pleasure. However, at the moment, Iâ€™m completely immersed with other matters.

I am now attending university full-time while trying to balance a life of part-time work, community events, web-based discussions about religion, and seeking knowledge. Iâ€™m currently intending to pursue a degree in Journalism or English, with a minor in Psychology or Computer Science. At 19 years old, I have completed more than two years towards my degree and initially intended to finish in early 2011. Unfortunately, my fatherâ€™s business was robbed and this tightened my school budget, as well as my time. I now have to work double the hours to help the family with bills and even then it isnâ€™t enough. But all praise is due to God, who blessed us in the first place with all that we had. I will still attempt to take a few courses in the next few years, when I am given a chance to pay for a course or two. Any and all funds from sources such as scholarships and side business will help me immensely, and I will always be grateful for that. Being helped at a time of need is a feeling that can never be forgotten; similarly, the valor of the pen in a world of swords shall never be forgotten. 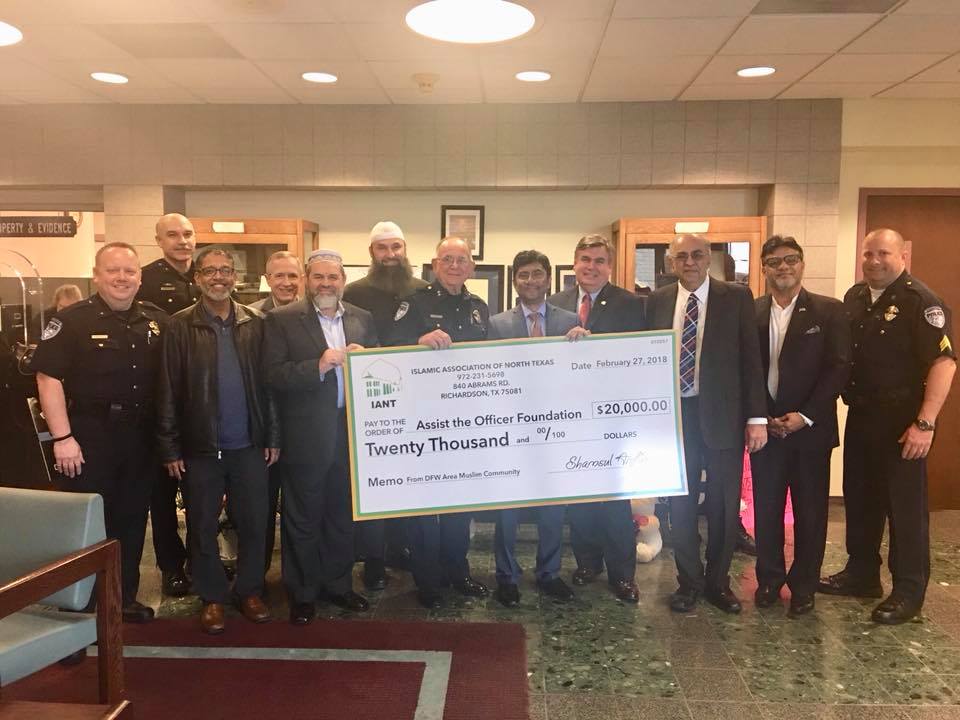 A Chinese Muslim in the U.S.: Religion and Nationality

© 2020 MuslimObserver.com, All Rights Reserved
US More in Alignment with Islamic Values than Many Muslim States: Sheikh Aaidh... A Massacre of Arabs Masked by a State of National Amnesia
Scroll to top