As a Muslim with Ahmed in my name, I am acutely aware of how much it sucks to be a brown guy with my name in post-9/11 America. I know plenty about the experience of being racially profiled with a name that causes significant suspicion by law enforcement and others in our society. When I learned about the recent experience of 9th grader Ahmed Mohamed being arrested and interrogated by police without his parents present in Irvine, Texas, I was angry and deeply sympathetic. What a horrible experience for a child to be accused of creating a bomb when simply seeking the approval of your engineering teacher for building a clock at home.

In seeing Ahmed through the media, he reminds me of myself when I was a kid as well as so many of my friends, cousins, nieces and nephews who were all children of South Asian immigrant Muslims. He reminds me of all the beautiful kids that I always see running around at any mosques I visit. Ahmed’s parents and family remind me of all the “uncles” and “aunties” of my community that were all around me on a daily basis. I can almost hear the things they have been saying to Ahmed during his upbringing (like my parents and others in our community always said):

“Focus on your studies. Do not be distracted by other things. Don’t make any excuses, no matter how bad you are treated. You should be thankful that we are in America and they let us into their country. We have opportunity here that we did not have back home. Don’t cause any trouble or bring any attention to yourself. Try to be a doctor or an engineer, don’t get involved with politics and don’t talk to anyone about controversial things like religion. Be a good Muslim boy and respect your elders. Listen to what the teacher tells you. Always make the teacher happy and do what they say.”

It is that last part of the message that I believe led to Ahmed wanting to share his clock with his teacher. As soon as I found out that he was seeking this teacher’s approval, I immediately knew it was because he has been encouraged to desire that approval by his family and community. It’s so deeply engrained in our culture to want your teacher’s approval and for them to think positively of you. I can only imagine how painful it was for him to watch his teacher then transform the situation into one of deep suspicion, followed by irresponsible administrators exacerbating the situation by bringing in the police. As we now know, the police compounded the trauma by arresting and interrogating him.

On so many levels, I can relate to Ahmed and his family. However, despite the fact that I can relate to Ahmed in so many ways, there is one way in which I cannot relate to him. That is because I lived for 22 years in America prior to September 11th, 2001. I did not, as Ahmed and so many Muslim children in America are, grow up in post-9/11 America. When I look at my life, it is impossible to avoid the bifurcated reality of being Muslim in America before and after 9/11. For most Muslims, it fundamentally altered our experience in this country. We went from a largely unknown group to a vilified community with deeply held suspicions surrounding us. Although there were plenty of marginalizing experiences related to being a person of color before 9/11, it has been nothing like the persistent attack and vitriol directed at us since then.

Despite the sense of loss that emerges from the complete alteration of the American experience for American Muslims like myself, I hold much more concern for young Muslims like Ahmed. They only know an American experience that has consistently communicated openly bigoted views of them in the public discourse. In addition, they have grown up in a country that deems it to be acceptable to profile us, criminalize us, vilify us, and stereotype us as violent terrorists. I want you to imagine what it is like for the American Muslim children of this country who have watched Islamophobes like Bill Maher, Bill O’Reilly and Donald Trump hold mainstream appeal. Muslims are one of the few groups in which people who espouse overt hate towards us are not marginalized and/or discredited. If the same things that are said about Muslims were said about anyone else (e.g. Black, Jewish, etc.), there would be widespread condemnation. When someone spreads hate about us, it’s par for the course.

Every day through American media, Muslim kids are told that there is something wrong with them for being who they are and that they fundamentally are not American. Let’s just use the whole “Barack Obama is a Muslim” thing as an example (which ironically is rearing its ugly head once again at Trump town halls and campaign stops). The reasonable position on this issue is to say, “He’s not a Muslim, he’s a Christian.” What has never been the dominant response to that has been, “So what if he was?” The entire framing and response of the issue is predicated on the assumption that there is some sort of inherent problem with being a Muslim. This has been the message that Muslim children have been receiving for much of their lives. Quite honestly, this is the most benign aspect of the manner in which they have been vilified and articulated as being outside of the parameters of what it means to be American.

Given that there has been outrage over the arrest of Ahmed Mohamed, some may say that this proves that people do care and recognize that Muslim children should not be criminalized with this type of suspicion. However, given the bullying, hate and vilification that Muslim children have been subjected to in this country, why did it take this incident for people to develop some empathy? (In fact, in a recent interview, Ahmed mentioned that he has been teased for being Muslim and called terrorists by his peers prior to this incident.) I could ask the same question regarding the lack of empathy for children of Syria, Iraq, Afghanistan and throughout the world? Why did it take seeing the horrific image of a toddler washing up to shore for people to realize the inhumanity of what is happening to Muslim children in this world? What is it going to take for people to realize that these children that are being criminalized, vilified and therefore dehumanized are part of the human family and are worthy of life, dignity and respect?

It is my hope that the case of Ahmed Mohamed can be a turning point for us to recognize that we must confront Islamophobia in real and serious ways in the country. Time will tell if people use this as an example that highlights our need to shift course. If we allow this vilification to continue, there are dark chapters in American history that reveal the extent of horror that can occur in this country. We must do so for the betterment of this entire country, not just for Muslims (and Muslim children).

Editor’s note: Amer F. Ahmed is an Associate Faculty member at the Summer Institute for Intercultural Communication and a member of SpeakOut: Institute for Democratic Leadership and Culture. An individual with eclectic personal and professional experience, he is a Hip Hop activist, spoken word poet, diversity consultant and college administrator, channeling his diverse experiences into work geared towards facilitating effective intercultural development. This article originally appeared in UmmahWide. 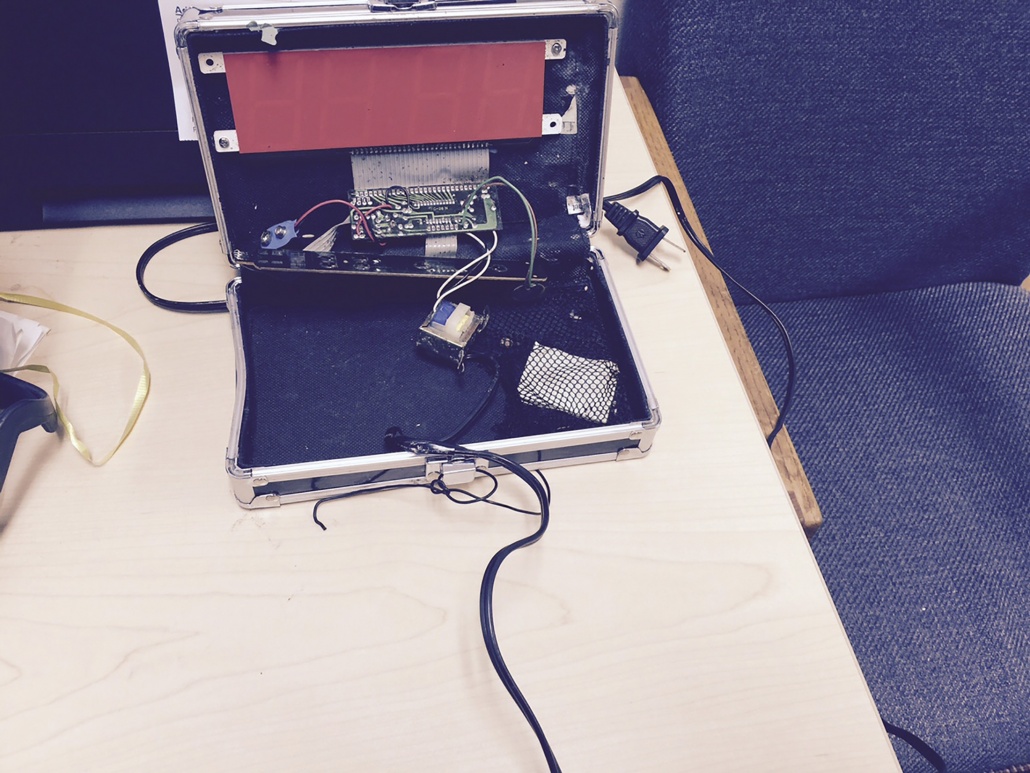 Will the Real Osama Stand Up?

© 2020 MuslimObserver.com, All Rights Reserved
Fencing off the east: how the refugee crisis is dividing the European Union What they don’t teach you at Sunday school
Scroll to top