The Little Men and the Inferno

Five years on, and still we have not learnt. With each anniversary, the steps crumble beneath our feet, the stones ever more cracked, the sand ever finer. Five years of catastrophe in Iraq and I think of Churchill, who in the end called Palestine a “hell-disaster.”

But we have used these parallels before and they have drifted away in the Tigris breeze. Iraq is swamped in blood. Yet what is the state of our remorse? Why, we will have a public inquiry–but not yet! If only inadequacy was our only sin.

Today, we are engaged in a fruitless debate. What went wrong? How did the people–the senatus populusque Romanus of our modern world–not rise up in rebellion when told the lies about weapons of mass destruction, about Saddamâ€™s links with Osama bin Laden and 11 September? How did we let it happen? And how come we didnâ€™t plan for the aftermath of war?

Oh, the British tried to get the Americans to listen, Downing Street now tells us. We really, honestly did try, before we absolutely and completely knew it was right to embark on this illegal war. There is now a vast literature on the Iraq debacle and there are precedents for post-war planning–of which more later–but this is not the point. Our predicament in Iraq is on an infinitely more terrible scale.

As the Americans came storming up Iraq in 2003, their cruise missiles hissing through the sandstorm towards a hundred Iraqi towns and cities, I would sit in my filthy room in the Baghdad Palestine Hotel, unable to sleep for the thunder of explosions, and root through the books Iâ€™d brought to fill the dark, dangerous hours. Tolstoyâ€™s War and Peace reminded me how conflict can be described with sensitivity and grace and horror–I recommend the Battle of Borodino–along with a file of newspaper clippings. In this little folder, there was a long rant by Pat Buchanan, written five months earlier; and still, today I feel its power and its prescience and its absolute historical honesty: â€œWith our MacArthur Regency in Baghdad, Pax Americana will reach apogee. But then the tide recedes, for the one endeavour at which Islamic people excel is expelling imperial powers by terror or guerrilla war.

â€œThey drove the Brits out of Palestine and Aden, the French out of Algeria, the Russians out of Afghanistan, the Americans out of Somalia and Beirut, the Israelis out of Lebanon. We have started up the road to empire and over the next hill we will meet those who went before. The only lesson we learn from history is that we do not learn from history.â€

How easily the little men took us into the inferno, with no knowledge or, at least, interest in history. None of them read of the 1920 Iraqi insurgency against British occupation, nor of Churchillâ€™s brusque and brutal settlement of Iraq the following year.

On our historical radars, not even Crassus appeared, the wealthiest Roman general of all, who demanded an emperorship after conquering Macedonia–â€Mission Accomplishedâ€–and vengefully set forth to destroy Mesopotamia. At a spot in the desert near the Euphrates river, the Parthians–ancestors of present day Iraqi insurgents–annihilated the legions, chopped off Crassusâ€™s head and sent it back to Rome filled with gold. Today, they would have videotaped his beheading.

To their monumental hubris, these little men who took us to war five years ago now prove that they have learnt nothing. Anthony Blair–as we should always have called this small town lawyer–should be facing trial for his mendacity. Instead, he now presumes to bring peace to an Arab-Israeli conflict which he has done so much to exacerbate. And now we have the man who changed his mind on the legality of war–and did so on a single sheet of A4 paper–daring to suggest that we should test immigrants for British citizenship.

Question 1, I contend, should be: Which blood-soaked British attorney general helped to send 176 British soldiers to their deaths for a lie?

Question 2: How did he get away with it?

But in a sense, the facile, dumbo nature of Lord Goldsmithâ€™s proposal is a clue to the whole transitory, cardboard structure of our decision-making. The great issues that face us–be they Iraq or Afghanistan, the US economy or global warming, planned invasions or â€œterrorismâ€–are discussed not according to serious political timetables but around television schedules and press conferences.

Will the first air raids on Iraq hit prime-time television in the States? Mercifully, yes. Will the first US troops in Baghdad appear on the breakfast shows? Of course. Will Saddamâ€™s capture be announced by Bush and Blair simultaneously?.

But this is all part of the problem. True, Churchill and Roosevelt argued about the timing of the announcement that war in Europe had ended. And it was the Russians who pipped them to the post. But we told the truth. When the British were retreating to Dunkirk, Churchill announced that the Germans had â€œpenetrated deeply and spread alarm and confusion in their tracksâ€.

Why didnâ€™t Bush or Blair tell us this when the Iraqi insurgents began to assault the Western occupation forces? Well, they were too busy telling us that things were getting better, that the rebels were mere â€œdead-endersâ€.

On 17 June 1940, Churchill told the people of Britain: â€œThe news from France is very bad and I grieve for the gallant French people who have fallen into this terrible misfortune.â€ Why didnâ€™t Blair or Bush tell us that the news from Iraq was very bad and that they grieved–even just a few tears for a minute or so–for the Iraqis?

For these were the men who had the temerity, the sheer, unadulterated gall, to dress themselves up as Churchill, heroes who would stage a rerun of the Second World War, the BBC dutifully calling the invaders â€œthe Alliesâ€–they did, by the way–and painting Saddamâ€™s regime as the Third Reich.

Of course, when I was at school, our leaders–Attlee, Churchill, Eden, Macmillan, or Truman, Eisenhower and Kennedy in the United States–had real experience of real war. Not a single Western leader today has any first-hand experience of conflict. When the Anglo-American invasion of Iraq began, the most prominent European opponent of the war was Jacques Chirac, who fought in the Algerian conflict. But he has now gone. So has Colin Powell, a Vietnam veteran but himself duped by Rumsfeld and the CIA.

Yet one of the terrible ironies of our times is that the most bloodthirsty of American statesmen–Bush and Cheney, Rumsfeld and Wolfovitz–have either never heard a shot fired in anger or have ensured they did not have to fight for their country when they had the chance to do so. No wonder Hollywood titles like â€œShock and Aweâ€ appeal to the White House. Movies are their only experience of human conflict; the same goes for Blair and Brown.

Churchill had to account for the loss of Singapore before a packed House. Brown wonâ€™t even account for Iraq until the war is over.

It is a grotesque truism that today–after all the posturing of our political midgets five years ago–we might at last be permitted a valid seance with the ghosts of the Second World War. Statistics are the medium, and the room would have to be dark. But it is a fact that the total of US dead in Iraq (3,978) is well over the number of American casualties suffered in the initial D-Day landings at Normandy (3,384 killed and missing) on 6 June, 1944, or more than three times the total British casualties at Arnhem the same year (1,200).

They count for just over a third of the total fatalities (11,014) of the entire British Expeditionary Force from the German invasion of Belgium to the final evacuation at Dunkirk in June 1940. The number of British dead in Iraq–176–is almost equal to the total of UK forces lost at the Battle of the Bulge in 1944-45 (just over 200). The number of US wounded in Iraq–29,395–is more than nine times the number of Americans injured on 6 June (3,184) and more than a quarter of the tally for US wounded in the entire 1950-53 Korean war (103,284).

Iraqi casualties allow an even closer comparison to the Second World War. Even if we accept the lowest of fatality statistics for civilian dead–they range from 350,000 up to a million–these long ago dwarfed the number of British civilian dead in the flying-bomb blitz on London in 1944-45 (6,000) and now far outnumber the total figure for civilians killed in bombing raids across the United Kingdom–60,595 dead, 86,182 seriously wounded–from 1940 to 1945.

Indeed, the Iraqi civilian death toll since our invasion is now greater than the total number of British military fatalities in the Second World War, which came to an astounding 265,000 dead (some histories give this figure as 300,000) and 277,000 wounded. Minimum estimates for Iraqi dead mean that the civilians of Mesopotamia have suffered six or seven Dresdens or–more terrible still–two Hiroshimas.

Yet in a sense, all this is a distraction from the awful truth in Buchananâ€™s warning. We have dispatched our armies into the land of Islam. We have done so with the sole encouragement of Israel, whose own false intelligence over Iraq has been discreetly forgotten by our masters, while weeping crocodile tears for the hundreds of thousands of Iraqis who have died.

Americaâ€™s massive military prestige has been irreparably diminished. And if there are, as I now calculate, 22 times as many Western troops in the Muslim world as there were at the time of the 11th and 12th century Crusades, we must ask what we are doing. Are we there for oil? For democracy? For Israel? For fear of weapons of mass destruction? Or for fear of Islam?

We blithely connect Afghanistan to Iraq. If only Washington had not become distracted by Iraq, so the narrative now goes, the Taliban could not have re-established themselves. But al-Qaâ€™ida and the nebulous Osama bin Laden were not distracted. Which is why they expanded their operations into Iraq and then used this experience to assault the West in Afghanistan with the hithertoâ€”in Afghanistanâ€”unheard of suicide bomber.

And I will hazard a terrible guess: that we have lost Afghanistan as surely as we have lost Iraq and as surely as we are going to â€œloseâ€ Pakistan. It is our presence, our power, our arrogance, our refusal to learn from history and our terror–yes, our terror–of Islam that is leading us into the abyss. And until we learn to leave these Muslim peoples alone, our catastrophe in the Middle East will only become graver. There is no connection between Islam and â€œterrorâ€. But there is a connection between our occupation of Muslim lands and â€œterrorâ€. Itâ€™s not too complicated an equation. And we donâ€™t need a public inquiry to get it right.

Robert Fisk is a reporter for The Independent and author of Pity the Nation. He is also a contributor to CounterPunchâ€™s collection, The Politics of Anti-Semitism. Fiskâ€™s new book is The Conquest of the Middle East. 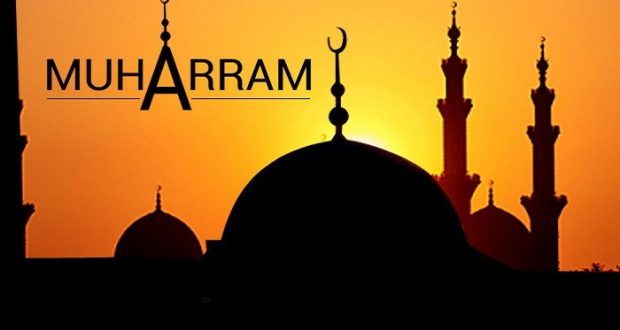 Islamic Banks Grow but May Miss out on Global Footprint: Study