Detroit–July 22–The Concert of Colors is an annual event by means of which tens of thousands of Detroiters celebrate musical connections to ethnic groups from around the world–this past weekend was another celebration of world goodwill to the hearbeat of the worldâ€™s various musical styles.

As usual for the last three years (this reporterâ€™s only exposure to COC), it has been staged at the Max M. Fisher Music Center, the venue for the Detroit Symphony Orchestra.

Perhaps the best known of the approximately 40 bands represented at this yearâ€™s COC was They Might Be Giants, an American alternative rock duo formed in 1982 that has been a recognized fixture in the pop music charts for decades, and has also done numerous musical arrangements to accompany television shows and childrenâ€™s movies.

Another well-known band was the Neville Brothers, originally from New Orleans, LA, who have been fixtures in the American musical scene for about 30 years. They have a smooth R&B sound. They are famous for such songs as Tell it Like it Is.

There was, as usual, a large range of bands representing the many peoples of the world, including China, Indonesia, Italy, Puerto Rico, Australia, and the subcontinent. Some bands were of particular interest to Muslims, especially Sambasunda from Indonesia, which plays the gamelon, a traditional musical form from Indonesia that is hauntingly rhythmic and is practised often in accompaniment with the traditional martial art of Indonesia and Malaysia, Pincak Silat.

Sambasunda is a very established modern gamelon band, which plays traditional instruments along with newer more contemporary songs and melodies, and has played such huge venues as the Montreux Jazz Festival.

Another performer of particular interest to Muslims is Hassan Hakmoun, who grew up in Marakesh, Morocco, and practises the music of the Gnawa, an African ethnic group which mixes African, Berber, and Arabic religious songs and rhythms with acrobatic dancing. In his music you can hear the dancing rhythms, repetition, and steel guitar of African music, with some guitar rhythms in the background reminiscent of complex North African rhythmic melodies. He plays with jazz giants Wendell Harrison and Rayse Biggs.

Nawal is a singer from the Comoros Islands who plays traditional songs on the gambusi, a traditional stringed instrument–she is not to be confused with the Lebanese Maronite Christian Nawal who is a very successful Arabic-language pop singer in her own right.

Dr. Francis Shor, a professor at Wayne State University, said of the COC, â€œalthough I did not see and hear akll of the musicians in the incredible line-up, I was fortunate to experience the diversity and excitement of numerous outstanding performances.â€

Steve Heath, one of the festival coordinators, compared the exciting and polyrhythmic event to a robbery in which â€œour hearts were stolen by a group of 18 Italian grandmothers wearing flowered dresses and straw hats.â€ This was the story of Italian women who resisted the fascist oppression during WWII. Heath wrote that by the end, â€œthe larceny was complete–1,000 people singing along, weeping, laughing, and applauding continuously for a solid five minutes or more. As emcee, my heart had been stolen long before, but I found my brain and my vocal chords had been taken along for the ride…â€

The COC is not a religious event–many many non-Muslims and a few Muslims are present. People drink alcohol and enjoy themselves–but if you are a music aficionado and donâ€™t mind some non-religious events going on around you, then perhaps the COC is for you.

The COC is one of the many products of ACCESS, Dearbornâ€™s immensely powerful and active Arab community service organization. The COC is produced by ACCESS in association with many sponsors, including the Arab American National Museum, New Detroit Inc., and the Detroit Symphony Orchestra (DSO), â€œwith the goal of bringing together metro Detroitâ€™s diverse communities and ethnic groups by presenting musical acts from around the world.â€

The organizers claim 100,000 annual visitors to the COC.

CAIR-MI now has internships available for college/university students for the Fall 2007 semseter. To apply, submit a resume, three references, and letter explaining interest in interning with CAIRto info@cairmichigan.org. Or see website at www.cairmichigan.org. 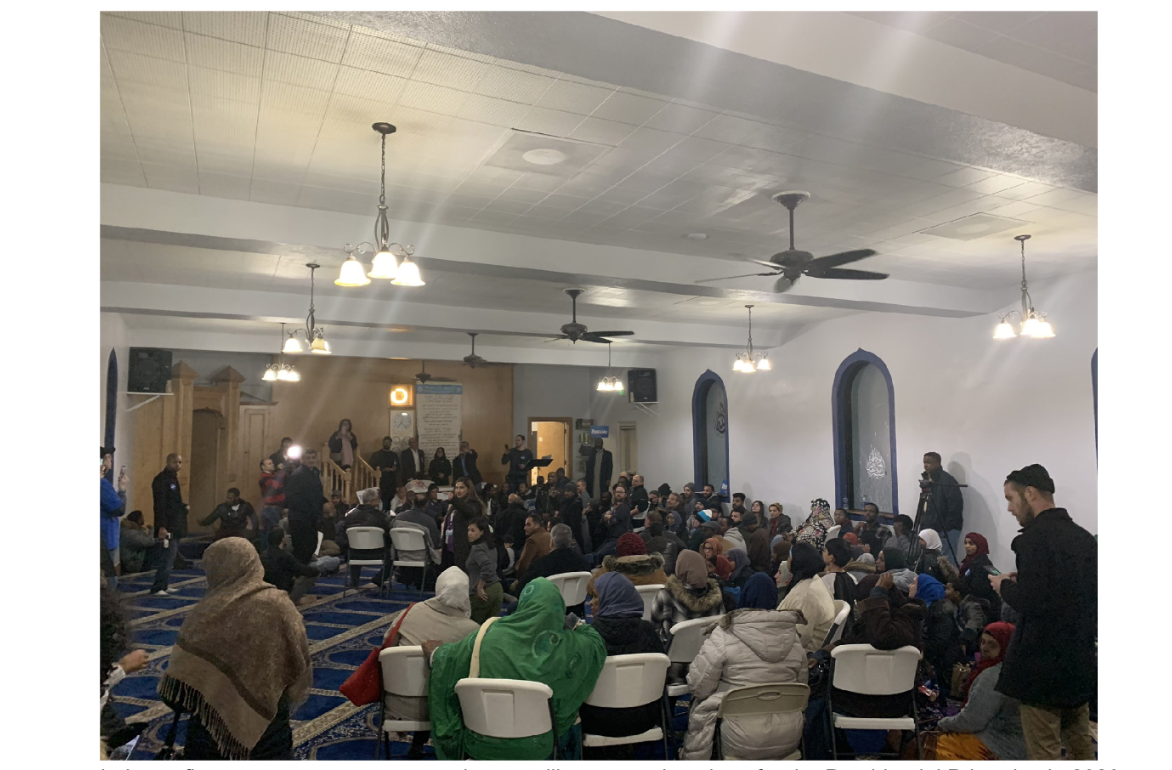 Examples of Advanced Ancient Technology
By Harun Yahya Excerpted from the book A Historical Lie: the Stone Age The Nimrud Lens A discovery made by…

The Frightening Effects of the NYPD’s ‘Mapping Muslims’ Program