Dearborn, MI–Friday at the Islamic Center of America, (ICA), Imam Sayed Hassan Qazwini resigned as the imam of the Center, following numerous anonymous campaigns against him. On Tuesday the board
released a statement in response to widespread community criticism of its handling the situation.

Qazwini has been the target of a total of five anonymous letters that were sent out to the Shia community of Dearborn, claiming him to be a thief and adulterer, claims the imam denies and says to be unfounded. The letters are from a group calling itself The Muslim Youth of Dearborn. The reaction against the letters was swift and strong.

“Sayed Hassan Qazwini is not infallible and no one is, and we all know this, but to accuse the man of such unauthentic, low animalistic standards is absurd and unacceptable,” wrote one Facebook user. “Those responsible are the ones who have sold their souls to the devil.”

Qazwini publicly resigned first in his sermon at Friday prayers in Arabic, and then that evening in English at the Young Muslims Association’s (YMA) weekly Friday program. Qazwini, who is the founder of the YMA, spoke that evening in much more details of the pain he’s been going through. He said that he’s always demeaned by some Board members for being Iraqi.

In his Friday sermon and talk to the YMA, Qazwini said that the ICA’s Board of Trustees should dissolve itself, getting rid of those he called the three “rotten apples”, or that he would resign. 800 people gathered Friday night to support the imam and hear his plea. He said that he no longer wanted to accept the status quo. Rather he was looking to change the situation in one of two ways: either the board would reform, change and remove these members, or he would leave and the board members could take the ICA. The imam also asked for the by-laws to change where any Imam of the Center would have more respect. “That’s ok, the Prophet (SAWS) left Mecca, the most sacred place, he went to Medina. So I would leave the Center, it’s not a big deal, or I will find some other place and I will continue serving you,” said Qazwini, as a few audience members shouted, “we’ll follow you.”

Qazwini asked to come back the following Sunday at 9 a.m. to show the ICA board that they agreed with his requests; an additional 600 people came that morning to support this statement.

The Muslim Observer tried to talk to the Board of Trustees and hear why they chose not to agree with their Imam and the community, but they would not allow reporters or community members to be apart of the meeting. Rather, they told everyone to wait in the lecture hall while they met in the boardroom. At the end of the meeting the board did not dissolve, so this Friday would be Qazwini’s last as imam at the ICA, concluding with Friday prayer.

On Tuesday, chairman of the board Ron Amen made a public announcement regarding the situation on behalf of the 35 members of the board in a video update to the community hosted on the YMA’s YouTube channel. The statement said that the board “reaffirms its support and confidence in Imam Sayed Hasan Qazwini. It is the board’s sincere hope that he reverses his decision to resign. … The board of trustees has unanimously voted to reject his resignation.

“The board of trustees instituted several bylaw changes in the past two years, one of which is to insert a totally new concept of term limits for board members. The board has also introduced seven new members in the last two years from our community. They are young, energetic, highly intelligent trustees, many of whom come from the roles of the Young Muslim Association. … The center continues to investigate the source of these defamatory letters which have been circulated and are really the root cause of many of the problems that the Sayed has had to endure. So far no evidence has been uncovered that these letters originated by anyone in the center.”

An anonymous member of the community who wished that her name not be used criticised the statement after hearing it. “Yes, it’s true that term limits were introduced, but not for standing board members at the time of the decision,” she said. “Also, none of the trustees come from the YMA. I know this because I’m a member of the YMA.

One of the accusations against the imam is misusing masjid funds. In accordance to Shia Islamic law, Muslims are to give their khums (20% of savings that is given to the needy) money to specific appointed persons. The majority of the time, the khums is given to the community imam, the religious leaders who then distribute that money accordingly for different projects. Qazwini, as the religious leader of that center, distributed the money to those whom he deemed needed it. This included an orphanage in Iraq run by his father’s foundation.

Then the imam continued by calling out to community member and YMA co-founder Najah Bazzy who was in the audience. He asked her “Isn’t true that there’s orphanage in Iraq that my family and father are running, where there are orphans in need? Isn’t true that they are all orphans and need some help?” Bazzy responded, “yes” to every question. “They accused me of stealing khums money, why? Because I sent some money to an orphanage that’s in Iraq, to Karbala?” said Qazwini.

Qazwini spoke on the racism he receives from the three board members at the ICA and said, “What can I do if I wasn’t born in Lebanon? Can I do anything about it? Can’t you accept me as I am, for what I say, for what I do?”

Qazwini came to the ICA from California in March of 1997 after the three imams before him were either asked to leave or fired. The founder of the ICA was Imam Mohamad Jawad Chirri, and after he passed away in 1994, the ICA was stricken by several problems between the board, the imams, and their community members. Due to the tension, the Islamic Center lost much of its base, losing many members of its congregation. The board asked Qazwini to be the new spiritual leader. “I knew it wasn’t going to be easy. I knew it was going to be difficult. But honestly, I didn’t know it was going to be that difficult,” said Qazwini.

“For the sake that we as Muslims are a minority, we should not look divided and that we are against one-another, I kept my mouth shut. I didn’t say anything, I would hold it in my heart, and my heart is full of pain,” added Qazwini.

As with most other imams, their work is not confined to business hours. Qazwini would receive late night phone calls from couples fighting, or early morning phone calls of ill community members where the imam needed to rush out of bed to go the hospital at 4 a.m. “I never asked the board to thank me or to be recognized, all I asked is that you leave me alone and to let me work with the youth, to let me work with this community, and a little respect, that’s all I asked. Respect me. If you do not respect me personally, respect this black turban on my head and what it represents [a spiritual leader from the lineage of Prophet Muhammad (SAWS)],” said Qazwini.

He said he kept telling himself to be patient, but attack after attack would just keep coming at him. Then, six months later another attack, but this time not only was it against him, but against his father as well, using his orphanage as ammo. A month later was another attack, but against the whole Qazwini family, specifically against the imam’s wife, in reference to calling the imam an adulterer.

Qazwini said he remembered a hadith from the Prophet (SAWS) in which he says, “Allah had allowed the believer to do whatever he wants for himself, but not to put themselves in a situation where they are being humiliated,” “and I felt that I’m being humiliated, and I’m not going to take this anymore,” said Qazwini.

He also cited that the Shia are the students of Imam Hussain (AS), and they he taught all people of the world a great principal of sacrificing everything for your dignity. Imam Hussain (AS) says that ‘when it come to your dignity, your dignity is more important than your own life.’ “He is the one who taught us not to accept humiliation, and I felt by saying here at the Islamic Center, without any change, without any reform, I am compromising my dignity, and I am being humiliated,” added Qazwini.

“Your hope Sayed is that we’d be able to reform ourselves,” said Bazzy, and added, “But when your wife and your family, your farther-in-law, the core of who you are is attacked, no man in this room would hold still, and I don’t expect you to either.” 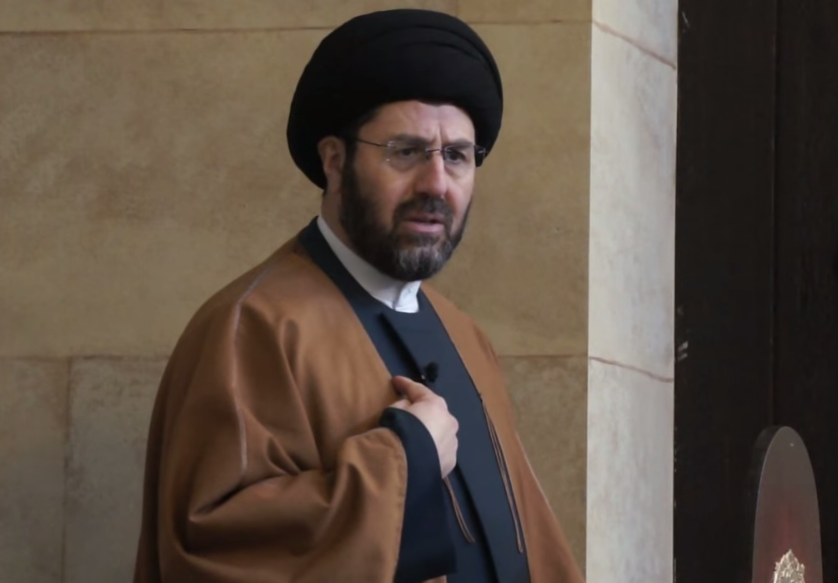 Nine Ways to Respond to Islamophobia
Scroll to top