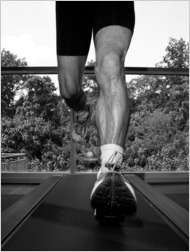 For some time, researchers have been finding that people who exercise donâ€™t necessarily lose weight. A study published online in September in The British Journal of Sports Medicine was the latest to report apparently disappointing slimming results. In the study, 58 obese people completed 12 weeks of supervised aerobic training without changing their diets. The group lost an average of a little more than seven pounds, and many lost barely half that.

How can that be? Exercise, it seems, should make you thin. Activity burns calories. No one doubts that.

â€œWalking, even at a very easy pace, youâ€™ll probably burn three or four calories a minute,â€ beyond what you would use quietly sitting in a chair, said Dan Carey, Ph.D., an assistant professor of exercise physiology at the University of St. Thomas in Minnesota, who studies exercise and metabolism.

But few people, an overwhelming body of research shows, achieve significant weight loss with exercise alone, not without changing their eating habits. A new study from scientists at the University of Colorado School of Medicine in Denver offers some reasons why. For the study, the researchers recruited several groups of people. Some were lean endurance athletes; some sedentary and lean; some sedentary and obese. Each of the subjects agreed to spend, over the course of the experiment, several 24-hour periods in a special laboratory room (a walk-in calorimeter) that measures the number of calories a person burns. Using various calculations, the researchers could also tell whether the calories expended were in the form of fat or carbohydrates, the bodyâ€™s two main fuel sources. Burning more fat than carbohydrates is obviously desirable for weight loss, since the fat being burned comes primarily from body fat stores, and we all, even the leanest among us, have plenty of those.

The Denver researchers were especially interested in how the athletesâ€™ bodies would apportion and use calories. It has been well documented that regular endurance training increases the ability of the body to use fat as a fuel during exercise. They wondered, though, if the athletes â€” or any of the other subjects â€” would burn extra fat calories after exercising, a phenomenon that some exercisers (and even more diet and fitness books) call â€œafterburn.â€

â€œMany people believe that you rev upâ€ your metabolism after an exercise session â€œso that you burn additional body fat throughout the day,â€ said Edward Melanson, Ph.D., an associate professor in the division of endocrinology at the School of Medicine and the lead author of the study. If afterburn were found to exist, it would suggest that even if you replaced the calories you used during an exercise session, you should lose weight, without gaining weight â€” the proverbial free lunch.

Each of Melansonâ€™s subjects spent 24 quiet hours in the calorimeter, followed later by another 24 hours that included an hourlong bout of stationary bicycling. The cycling was deliberately performed at a relatively easy intensity (about 55 percent of each personâ€™s predetermined aerobic capacity). It is well known physiologically that, while high-intensity exercise demands mostly carbohydrate calories (since carbohydrates can quickly reach the bloodstream and, from there, laboring muscles), low-intensity exercise prompts the body to burn at least some stored fat. All of the subjects ate three meals a day.

To their surprise, the researchers found that none of the groups, including the athletes, experienced â€œafterburn.â€ They did not use additional body fat on the day when they exercised. In fact, most of the subjects burned slightly less fat over the 24-hour study period when they exercised than when they did not.

â€œThe message of our work is really simple,â€ although not agreeable to hear, Melanson said. â€œIt all comes down to energy balance,â€ or, as you might have guessed, calories in and calories out. People â€œare only burning 200 or 300 caloriesâ€ in a typical 30-minute exercise session, Melanson points out. â€œYou replace that with one bottle of Gatorade.â€

This does not mean that exercise has no impact on body weight, or that you canâ€™t calibrate your workouts to maximize the amount of body fat that you burn, if thatâ€™s your goal.

â€œIf you work out at an easy intensity, you will burn a higher percentage of fat caloriesâ€ than if you work out a higher intensity, Carey says, so you should draw down some of the padding youâ€™ve accumulated on the hips or elsewhere â€” if you donâ€™t replace all of the calories afterward. To help those hoping to reduce their body fat, he published formulas in The Journal of Strength and Conditioning Research last month that detailed the heart rates at which a person could maximize fat burning. â€œHeart rates of between 105 and 134â€ beats per minute, Carey said, represent the fat-burning zone. â€œItâ€™s probably best to work out near the top of that zone,â€ he says, â€œso that you burn more calories over allâ€ than at the extremely leisurely lower end.

Perhaps just as important, bear in mind that exercise has benefits beyond weight reduction. In the study of obese people who took up exercise, most became notably healthier, increasing their aerobic capacity, decreasing their blood pressure and resting heart rates, and, the authors write, achieving â€œan acute exercise-induced increase in positive mood,â€ leading the authors to conclude that, â€œsignificant and meaningful health benefits can be achieved even in the presence of lower than expected exercise-induced weight loss.â€

Finally and thankfully, exercise seems to aid, physiologically, in the battle to keep off body fat once it has been, through resolute calorie reduction, chiseled away. In other work by Melansonâ€™s group, published in September, laboratory rats that had been overfed and then slimmed through calorie reduction were able to â€œdefendâ€ their lower weight more effectively if they ran on a treadmill and ate at will than if they had no access to a treadmill. The exercise seemed to reset certain metabolic pathways within the rats, Melanson says, that blunted their bodyâ€™s drive to replace the lost fat. Similar mechanisms, he adds, probably operate within the bodies of humans, providing scientific justification for signing up for that Thanksgiving Day 5K.