This article was published on The Express Tribune and has been republished here as is.
By Anadolu Agency

Citing the harassment of minorities in Pakistan, Bangladesh, and Afghanistan, the Indian parliament recently amended its citizenship law, offering citizenship rights to Hindu, Buddhist, Christian, Parsi and Jain communities migrating from these countries.

The law, however, excluded Muslims, triggering mass protests across the country.

“This is a unanimous message from Pakistan’s entire Hindu community to Indian Prime Minister [Narendra] Modi. A true Hindu will never support this legislation,” he said.

He added that the law has violated India’s own constitution.

Anwar Lal Dean, a Christian member of the Pakistani parliament’s upper house or Senate, also said the law is meant to pitch religious communities against each other.

“This is a clear violation of fundamental human rights. We categorically reject it,” said Dean, a leader of the opposition Pakistan People’s Party.

“Through such unjust and uncalled steps, the Modi government wants to pitch religious communities against each other,” he said, citing scrapping of Jammu and Kashmir’s longstanding special rights law, Indian Supreme Court’s judgment on Babri Mosque, and growing violence against minorities in India.

“Not only Pakistani Sikhs but the entire Sikh community in the world, including those in India, also condemn this move,” said Gopal Singh, leader of the Baba Guru Nanak.

“The Sikh community is a minority both in India and Pakistan. Being a member of a minority, I can feel the pain and the fears of the Muslim minority [India]. This is simply persecution,” he said.

Singh urged Modi not to push minorities “back to the wall.”

While introducing the citizenship law, Indian Home Minister Amit Shah told parliament that non-Muslim population in Pakistan has alarmingly decreased over the years.

He said the minorities comprised 23% of Pakistan’s population in 1947, when it was formed. “But now it has decreased to a mere 3.7%,” he said, adding that this means either they have been killed, migrated or forced to convert their religion.

The official figures available with the Pakistan Census, however, contest his claims.

The minority population was never 23% in the then-West Pakistan (present-day Pakistan).

Though Pakistan carried out a fresh census in 2017, its religious data has yet to be released. However, according to Pakistan Hindu Council leader Manglani, Hindus make up 4% of the total 210 million population. Nearly 80% of Hindus — Pakistan’s largest minority — inhabit the southern part of the Sindh province.

“The Modi government continues to curb and undermine the rights of minorities in accordance with Hindutva supremacist ideology,” Foreign Minister Shah Mahmood Qureshi said in a series of tweets on Monday.

“Illegal annexation of Kashmir, [handing over of] Babri Masjid [to Hindus], and [the] Citizenship Amendment Bill which excludes Muslims, are all targeted towards subjugation of minorities,” he added.

Pakistan’s main opposition leader Shehbaz Sharif too decried the Modi government for stifling the voice of dissent through state force.

“Disturbing news and images emanating from India. The state fascism being perpetrated on students of Jamia Millia Islamia and Aligarh Muslim University, is a reminder that Modi’s hatred of Muslims is ideologically driven,” he said in a twitter post. 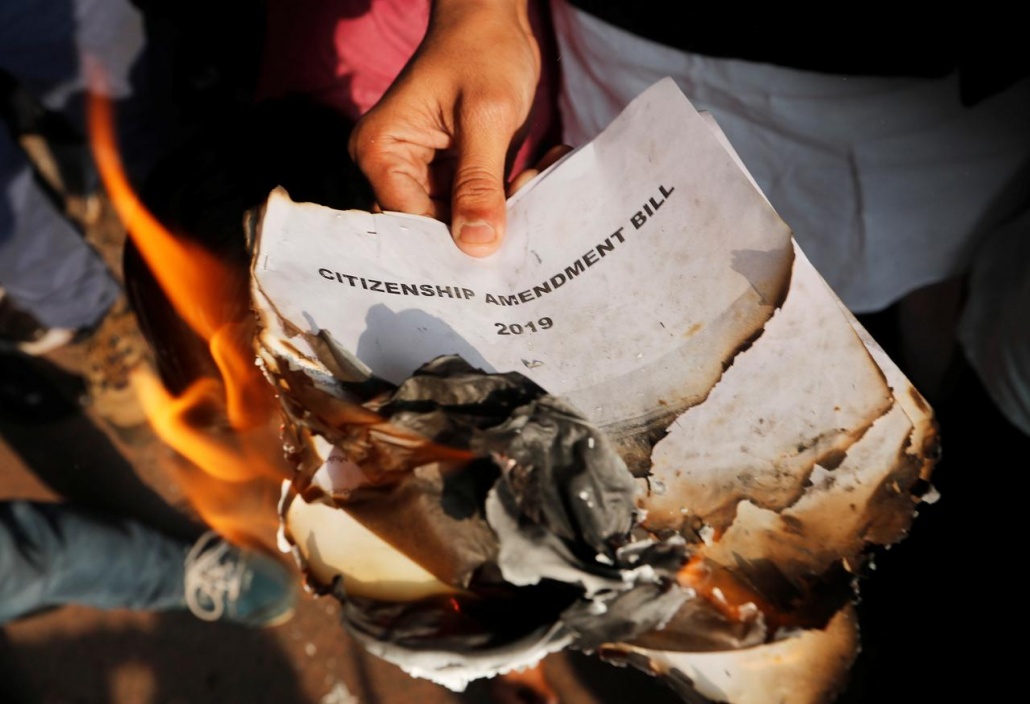 #EmergencyinJNU: why the Recent Attack at Jawaharlal Nehru University Links...
Scroll to top