ISLAMABAD, Aug 27 (Reuters) – Pakistan, keen to show its commitment to fixing its ailing finances, on Tuesday reported a 25 percent rise in tax revenues since the beginning of the fiscal year due to a raft of new tax collection measures introduced by the new government.

Pakistan has one of the lowest tax collection rates in the world and the International Monetary Fund is watching its efforts closely. It wants Pakistan to do more to tackle rampant tax evasion, particularly by its wealthy elite.

Any delay in implementing proposed reforms could disrupt the delivery of vital assistance from the IMF, which last month agreed that Pakistan can seek a loan package worth $6.6 billion to fix its moribund economy.

The finance ministry said new measures such as a sales tax rise to 17 percent from 16 percent had already generated $1.3 billion in revenues since the beginning of the new fiscal year in July, a 25 percent rise compared to a year earlier.
A finance ministry official, speaking on condition of anonymity, said the new measures were expected to generate 207 billion rupees in the current fiscal year.

â€œIn the first month of the fiscal year, that is in July, the increase ascribed to the new taxes would be roughly 10 billion rupees,â€ the official said.

â€œThe rest can be ascribed to better assessments, plugging of leakages and better supervision and management.â€

Pakistanâ€™s Western allies have poured in billions of dollars to aid its economy, reflecting worries that growing public anger at crumbling finances could play into the hands of Islamist insurgents and destabilise the region.

But the aid has not been nearly enough to plug the gap between members of the elite, who pay little tax, and the poor, who rely on public services which taxes should fund. Pakistanâ€™s new government wants to show it is serious about the problem.

The new government has already made steps towards reforms, setting an ambitious budget deficit target of 6.3 percent for 2013/14, which most analysts say might be hard to meet.

â€œWe realise the consequences of a failure to implement tax reform,â€ said the ministry official. â€œWe are working on a war-footing.â€ ($1 = 103.7100 Pakistani rupees) (Writing By Mehreen Zahra-Malik; Editing by Nick Macfie)

Tell Secretary Kerry and Congress to Demand Justice for Tariq 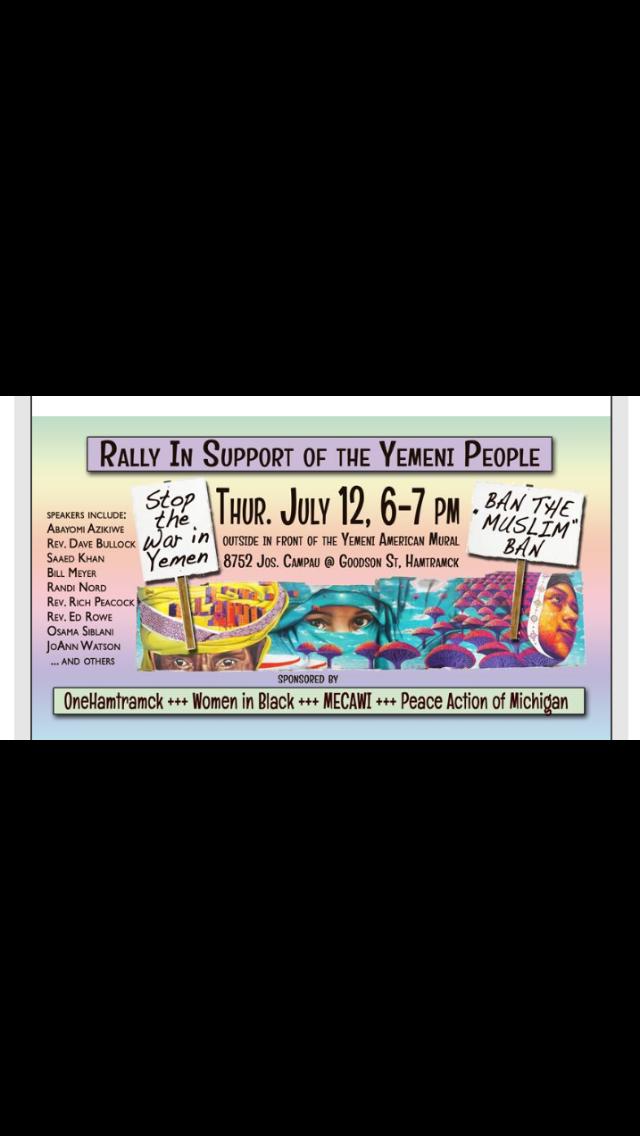 Yemen Rally: a Success
People from diverse backgrounds gathered in downtown Hamtramck, MI on Thursday July 12th, from 6-7 pm to protest “The No…

© 2020 MuslimObserver.com, All Rights Reserved
Who’s Who: Egypt’s ‘Color Coup’ A Presentation on Syria
Scroll to top