Origins of the Poisoning of the Western Mind Against Islam

The traumatic experience of the Crusades gave Europe its cultural awareness and its unity; but this same experience was destined henceforth also to provide the false colour in which Islam was to appear to Western eyes ..

Muhammad Asad, Leopold Weiss, was born in Livow, Austria (later Poland) in 1900, and at the age of 22 made his first visit to the Middle East.

After his conversion to Islam he traveled and worked throughout the Muslim world, from North Africa to as far East as Afghanistan. After years of devoted study he became one of the leading Muslim scholars of our age.

Following is an excerpt from the introduction to his book â€œThe Road to Meccaâ€ in which he outlines a discussion about the root causes of bias against Islam and the Muslim world in the West with a non-Muslim friend. He describes his friend as â€œan American friend of mine – a man of considerable intellectual attainments and a scholarly bent of mind.â€

Although he wrote this in 1954, you can decide if it is still valid today.

When it comes to Islam – Western equanimity is almost invariably disturbed by an emotional bias. Is it perhaps, I sometimes wonder, because the values of Islam are close enough to those of the West to constitute a potential challenge to many Western concepts of spiritual and social life?â€™

And I went on to tell him [non-Muslim friend of Muhammad Asad] of a theory which I had conceived some years ago – a theory that might perhaps help one to understand better the deep-seated prejudice against Islam so often to be found in Western literature and contemporary thought. â€˜To find a truly convincing explanation of this prejudice I said, â€˜one has to look far backward into history and try to comprehend the psychological background of the earliest relations between the Western and the Muslim worlds. What Occidentals think and feel about Islam today is rooted in impressions that were born during the Crusades.â€™

â€˜The Crusades!â€™ exclaimed my friend. â€˜You donâ€™t mean to say that what happened nearly a thousand years ago could still have an effect on people of the twentieth century?â€™

â€˜But it does! I know it sounds incredible; but donâ€™t you remember the incredulity which greeted the early discoveries of the psychoanalysts when they tried to show that much of the emotional life of a mature person and most of those seemingly unaccountable leanings, tastes and prejudices comprised in the term â€œidiosyncrasiesâ€- can be traced back to the experiences of his most formative age, his early childhood?

Well, are nations and civilizations anything but collective individuals? Their development also is bound up with the experiences of their early childhood. As with children, those experiences may have been pleasant or unpleasant; they may have been perfectly rational or, alternatively, due to the childâ€™s naive misinterpretation of an event:

the moulding effect of every such experience depends primarily on its original intensity. The century immediately preceding the Crusades, that is, the end of the first millennium of the Christian era, might well be described as the early childhood of Western civilization . . .â€™

I proceeded to remind my friend – himself an historian – that this had been the age when, for the first time since the dark centuries that followed the breakup of Imperial Rome, Europe was beginning to see its own cultural way. Independently of the almost forgotten Roman heritage, new literatures were just then coming into existence in the European vernaculars; inspired by the religious experience of Western Christianity, fine arts were slowly awakening from the lethargy caused by the warlike migrations of the Goths, Huns and Avars; out of the crude conditions of the early Middle Ages, a new cultural world was emerging. It was at that critical, extremely sensitive stage of its development that Europe received its most formidable shock – in modern parlance, a â€˜traumaâ€™ – in the shape of the Crusades.

The Crusades were the strongest collective impression on a civilization that had just begun to be conscious of itself. Historically speaking, they represented Europeâ€™s earliest – and entirely successful – attempt to view itself under the aspect of cultural unity. Nothing that Europe has experienced before or after could compare with the enthusiasm which the First Crusade brought into being. A wave of intoxication swept over the Continent, an elation which for the first time overstepped the barriers between states and tribes and classes.

Before then, there had been Franks and Saxons and Germans, Burgundians and Sicilians, Normans and Lombards – a medley of tribes and races with scarcely anything in common but the fact that most of their feudal kingdoms and principalities were remnants of the Roman Empire and that all of them professed the Christian faith: but in the Crusades, and through them, the religious bond was elevated to a new plane, a cause common to all Europeans alik e – the politico-religious concept of â€˜Christendomâ€™, which in its turn gave birth to the cultural concept of â€˜Europeâ€™.

When, in his famous speech at Clermont, in November, 1095, Pope Urban II exhorted the Christians to make war upon the â€˜wicked raceâ€™ that held the Holy Land, he enunciated – probably without knowing it himself – the charter of Western civilization.

The traumatic experience of the Crusades gave Europe its cultural awareness and its unity; but this same experience was destined henceforth also to provide the false colour in which Islam was to appear to Western eyes. Not simply because the Crusades meant war and bloodshed. So many wars have been waged between nations and subsequently forgotten, and so many animosities which in their time seemed ineradicable have later turned into friendships.

The damage caused by the Crusades was not restricted to a clash of weapons: it was, first and foremost, an intellectual damage – the poisoning of the Western mind against the Muslim world through a deliberate misrepresentation of the teachings and ideals of Islam. For, if the call for a crusade was to maintain its validity, the Prophet of the Muslims had, of necessity, to be stamped as the Anti-Christ and his religion depicted in the most lurid terms as a fount of immorality and Perversion. It was at the time of the Crusades that the ludicrous notion that slam was a religion of crude sensualism and brutal violence, of an observance of ritual instead of a purification of the heart entered the Western mind and remained there; and it was then that the name of the Prophet Muhammad (s) – the same Muhammad (s) who had insisted that his own followers respect the prophets of other religions-was contemptuously transformed by Europeans into an insult.

The age when the spirit of independent inquiry could raise its head was as yet far distant in Europe; it was easy for the powers-that-were to sow the dark seeds of hatred for a religion and civilization that was so different from the religion and civilization of the West. Thus it was no accident that the fiery Chanson da Roland, which describes the legendary victory of Christendom over the Muslim â€˜heathenâ€™ in southern France, was composed not at the time of those battles but three centuries later-to wit, shortly before the First Crusade – immediately to become a kind of â€˜national anthemâ€™ of Europe, and it is no accident, either, that this warlike epic marks the beginning of a European literature, as distinct from the earlier, localized literatures: for hostility toward Islam stood over the cradle of European civilization.

It would seem an irony of history that the age-old Western resentment against Islam, which was religious in origin, should still persist subconsciously at a time when religion has lost most of its hold on the imagination of Western man. This, however is not really surprising. We know that a person may completely lose the religious beliefs imparted to him in his childhood while, nevertheless, some particular emotion connected with those beliefs remains, irrationally, in force throughout his later life â€˜-and this,â€™ I concluded, â€˜is precisely what happened to that collective personality, Western civilization. The shadow of the Crusades hovers over the West to this day; and all its reaction toward Islam and the Muslim world bear distinct traces of that die-hard ghost …â€™

My friend remained silent for a long time. I can still see his tall, lanky figure pacing up and down the room, his hands in his coat pockets, shaking his head as if puzzled, and finally saying: â€˜There may be something in what you say . .. indeed, there may be, although I am not in a position to judge your â€œtheoryâ€ offhand … But in any case, in the light of what you yourself have just told me, donâ€™t you realize that your life, which to you seems so very simple and uncomplicated, must appear very strange and unusual to Westerners? Could you not perhaps share some of your own experiences with them? Why donâ€™t you write your autobiography? I am sure it would make fascinating reading!â€™

Laughingly I replied: â€˜Well, I might perhaps let myself be persuaded to leave the Foreign Service and write such a book. After all, writing is my original profession

In the following weeks and months my joking response imperceptibly lost the aspect of a joke. I began to think seriously about setting down the story of my life and thus helping, in however small a measure, to lift the heavy veil which separates Islam and its culture from the Occidental mind. My way to Islam had been in many respects unique: I had not become a Muslim because I had lived for a long time among Muslims – on the contrary, I decided to live among them because I had embraced Islam.

Might I not, by communicating my very personal experiences to Western readers, contribute more to a mutual understanding between the Islamic and Western worlds than I could by continuing in a diplomatic position which might be filled equally well by other countrymen of mine? After all, any intelligent man could be Pakistanâ€™s Minister to the United Nations – but how many men were able to talk to Westerners about Islam as I could? I was a Muslim – but I was also of Western origin: and thus I could speak the intellectual languages of both Islam and the West. .

And so, toward the end of 1952,1 resigned from the Pakistan Foreign Service and started to write this book. Whether it is as â€˜fascinating readingâ€™ as my American friend anticipated, I cannot say. I could do no more than try to retrace from memory – with the help of only a few old notes, disjointed diary entries and some of the newspaper articles I had written at the time-the tangled lines of a development that stretched over many years and over vast expanses of geographical space. 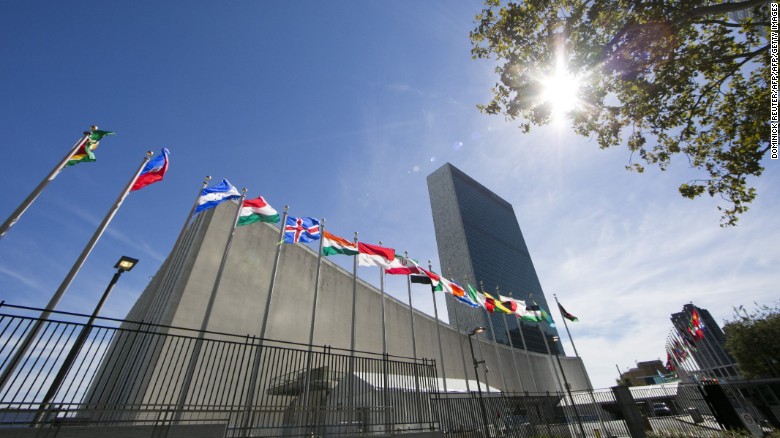 Leaf in His Hair

Letter from a Christian to Muslim Women