by Mike Ghouse
President Recep Tayyip Erdo?an is considering converting the Hagia Sophia to a Mosque, which has been a museum since its conquest. As Muslims, we appeal to President Erdogan to keep it as a Museum, and not convert it to a Mosque.

“Hagia Sophia was one of the largest Christian Cathedral in the Eastern Roman Empire for 1000 years, and it is one of the most contested buildings and is creating controversy again.” Aljazeera. Indeed, it will create animosity between Islam and Christianity.

The idea of converting Hagia Sofia to a mosque offers a short-term political gain, but at the cost of long-term harmony between Muslims and Christians.
The role of Muslims is to mitigate conflicts and nurture goodwill – a formula embedded in the Prophet’s actions; he was a blessed peacemaker. Islam means peace, and it behooves us to achieve peace and harmony through our actions and words.
The Greek Orthodox Church mourns the loss of their Church to Muslim conquest; however, they have accepted it. If this is converted to a mosque, it amounts to rubbing salt on the wounds. It will rekindle hostilities that none of us want. Today, the societies are moving towards respecting the otherness of the others.
Hazrat Umar set a great example – after conquering Jerusalem, he was offered to pray in the Holy Sepulcher. He chose not to pray inside the church for the concern that the future generation of Muslims will convert it into a Mosque.
Quran 22:40 essentially says God’s name is extolled abundantly in Churches, Synagogues, and Mosques. We have to protect the places of Worship. God will most certainly assist him who succors His cause: verily, God is all-knowing and almighty.
The Islamic Society of North America (ISNA) has paved the way for building bridges among different communities in the United States. It is the largest Muslim civic body in America. It maintains good relationships with all populations, including the Greek Orthodox hierarchy. ISNA has played Amin’s role in building a cohesive America and has earned the goodwill of Jews, Christians, Hindus, and others. Out of a sense of righteousness, they have stood up for Muslims against Islamophobic rhetoric during 9/11, and it continues today. We, the Muslims, appreciate them.

Dr. Sayyid M. Saeed, President of ISNA, said, “The conversion of the Hagia Sophia was against the historical examples set by the righteous Caliphs, beginning with Abu Bakr when he advised his general heading to conquer foreign lands. The Umayyad Caliphs apologized and paid for the church land used to build the Umayyad Mosque in Damascus.
As American Muslims, we celebrate this Islamic provision in US law that enabled us to build 3 thousand mosques in the last half a century. Hagia Sophia is not just a Church but the main symbol of the Greek Orthodox Church. It is a slap on the entire system of the Greek Orthodox Church and Greece. It fostered permanent hate against Muslims and Islam in those quarters.”
Dr. Saeed further adds, “The destruction of the Babri Mosque in India is a historical example of religious bigotry. We cannot do the same thing to Hagia Sophia.”

Indeed, we have to be consistent in our policies – if we apply it in one place, we must be able to use it in every situation. As an Indian American Muslim, it hurts me to see the destruction of the Babri Mosque, and it equally hurts me to see the Hagia Sophia converted to a Mosque. We have to set an excellent example for the world. The Alhambra is a UNESCO World Heritage Site, let Hagia Sophia be one as well.
We urge President Erdogan to consider the Sunnah of Prophet Muhammad, who was and is a mercy to mankind. He granted permanent protection to places of Worship in the covenant he issued in 628 AD. A majority of Muslims believe in the sanctity of the location of Worship. We hope President Erdogan can be a catalyst in correcting false perceptions about Muslims and not convert Hagia Sophia into a Mosque. The majority of Muslims will applaud him for walking on the right path. May God bless him.
Dr. Mike Ghouse is the founder and president of the Center for Pluralism. He is a speaker, thinker, author, community consultant, pluralist, activist, newsmaker, and an interfaith wedding officiant. Mike is deeply committed to Free speech, Human Rights, and Pluralism in Religion, Politics, Societies, and the workplace. He has dedicated his life to building cohesive societies and offers pluralistic solutions to the media and the policymakers. More about him at www.TheGhousediary.com.
Share on Facebook Share
Share on TwitterTweet
Share on Google Plus Share 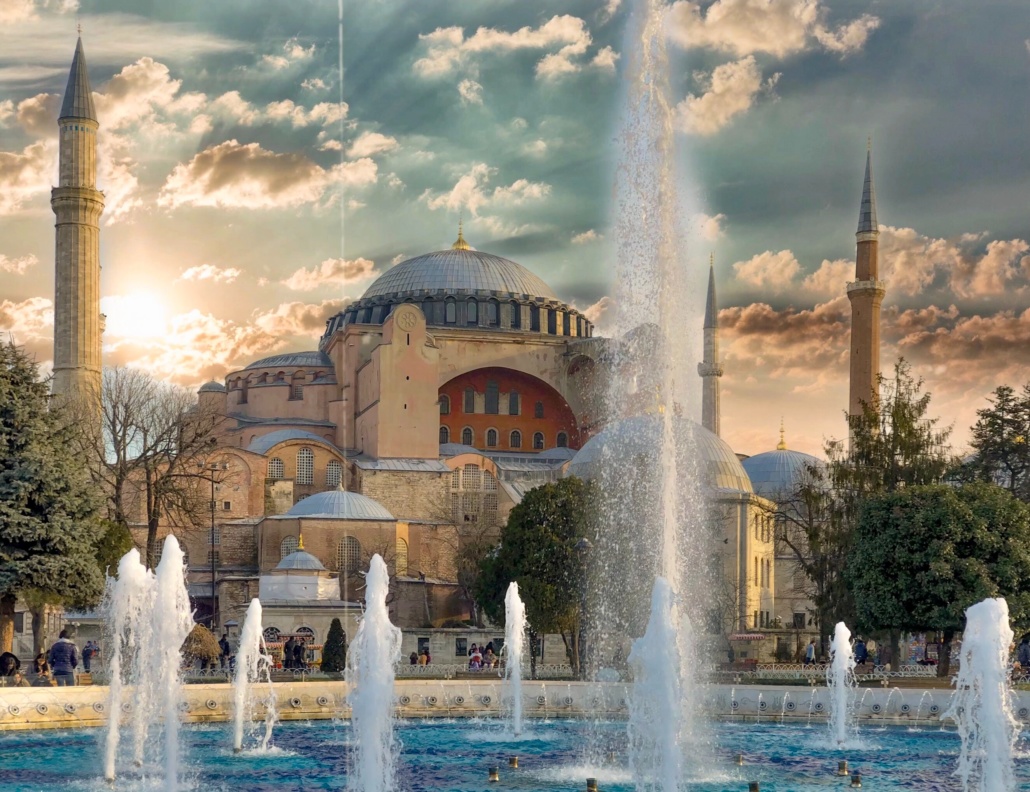 Whom Do They Serve?