CAN Israel still call the US its best international friend? Apparently not, if you believe the tone of the local media. Watching the drama unfold inside Israel, the increasingly tense dialogue between President Obama and new Israeli PM Benjamin Netanyahu is taking on all the trappings of a duel.

Almost every day brings news of another sore point between the two countries, a source of yet further inflammation of their once warm relations.

One could be forgiven for thinking the more immediate threat to Israelâ€™s national security lay across the Atlantic rather than from closer to home. It is bad enough that President Obama uses almost every opportunity he can to set the parameters of a final peace agreement between Israel and the Palestinians. Now US officials are openly using Israeli anxiety over Iranâ€™s fledging nuclear program as a bargaining chip to force Israelâ€™s hand on giving up control of the West Bank Palestinian territory.

No less a figure than White House chief-of-staff Rahm Emanuel 8 0 whose father fought with the militant Zionist group the Irgun, and whose appointment had provided such reassurance to Israeli officials â€” was quoted this week laying down the law to Israel. If Israel wants US help to defuse the Iranian threat, Mr Emanuel was reported to have told Jewish leaders in Washington, then get ready to start evacuating settlements in the West Bank.

Talkback radio blazed with fury across the country the same day, as Israelis protested that no US official had the right to tell them where to live.

Then on Thursday came the news that Mr Netanyahuâ€™s planned first meeting with President Obama in Washington next month had been called off.

Mr Netanyahu had hoped to capitalize on his attendance at the annual American Israel Public Affairs Committee conference in Washington to visit the White House. But Administration officials informed Mr Netanyahuâ€™s office that the President would not be â€œin town.â€

Washington sources added that the Obama Administration would not be continuing the tradition that had developed during the Bush years of hosting Israeli prime ministers whenever they showed up in town, sometimes with just a phone callâ€™s notice.

It might have been no more than coincidence, but yesterday Israeli defense officials told the liberal daily Haaretz that Israelâ€™s $US15 billion ($A21 billion) purchase of 75 US-made F-35 Joint Strike Fighter jets was now under review due to â€œthe unexpected high cost and disagreements with the manufacturer.â€

Contrary to initial expectations, President Obama has wasted no time becoming fully engaged in the Middle East peace process, despite the magnitude of his domestic political agenda. While Mr Netanyahu has refused to endorse a two-state solution to the Israel-Palestinian conflict agreed to by his predecessor, President Obama has made it abundantly clear that the US will accept nothing less than Israel living side by side with a sovereign Palestinian state.

Mr. Obama is also demanding a freeze on Jewish settlement expansion in the West Bank, and has dropped the Bush administrationâ€™ s opposition to Hamas being part of a future Palestinian Authority government.

According to prominent Israeli political commentator Maya Bengal, who writes for the countryâ€™s second-largest selling newspaper Maariv, the holiday is over.

Tel Aviv barman Meir Avraham, 30, says he can feel on the street the tensions being played out between the US and Israel. â€œThis is one of the main things that the people are talking about at the moment,â€ says Mr Avraham.

All Israelis, says Mr Avraham, understand the vital nature of the relationship between Israel and the US. â€œIf we lose America, then we are alone,â€ he says. â€œSo we must listen to what America wants. But really I think this is more about the little brother testing the limits of the big brother.â€ 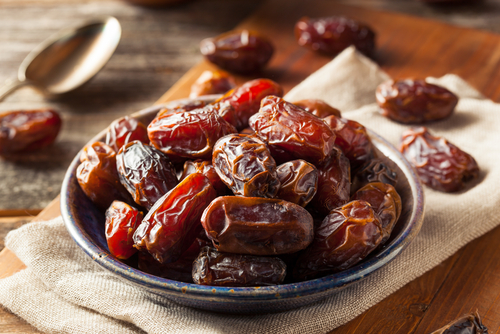