Islamic groups in Nigeria has demanded that Muharram 1, marking the beginning of every Islamic year should be declared a public holiday by the Federal Government just as January 1 is so declared every Gregorian year.

The groups in a separate Hijrah 1430 A.H message said such declaration was in accordance with the rule of law, fairness and justice to Muslims in the country.

MMPN in a statement signed by its chairman, Alhaji Abdurrahman Balogun said such declaration would enable Muslims to celebrate and reflect on the historical importance of Hijrah.

MMPN said the Hijrah public holiday was equivalent to public holiday given to Christians on every January 1, as Muslims have its own 12 sacred months.

In its message, Al-Furquan (the Criterion), an association of Muslim Women in Business and the Professions said, â€œWe seize this opportunity to call on the government at various levels to give recognition to the hijrah calendar and use it side by side with the Gregorian.â€

The statement signed by Mrs Sharifah Yusuf, Criterion President, said the recognition would go a long way to portray the government as impartial and unbiased against Islam and the Muslims.

While congratulating Muslims and non muslims alike for 1430 Hijrah, she implored them to reflect on their deeds and activities during the past year; and resolve to improve upon the good ones and strive to move away from the unworthy ones.

â€œThe occasion does not call for merry making but for a sober reflection over the past year deeds and misdeedsâ€, the statement said.

MURIC in a statement signed by its National Director, Dr Ishaq Akintola, said the declaration and recognition of Hijrah was long overdue and called for its immediate implementation.

Akintola called on Supreme Council for Islamic Affairs (NSCIA) to enter into dialogue with the federal government and let it know the implication of non declaration of holiday for Muslims on their new year.

AMF in its statement signed by its National President, Malam Musa Aliyu, said that Hijrah connotes dropping the unworthy characters for the pleasant ones.

Aliyu said the Muslims had persevered for long, as it was denied holiday to mark its own new year, Hijrah, like their Christian counterparts.

MCF in a statement signed by Ustaz Abubakar Sideeq, urged the federal government to give recognition to Muslim New Year in the interest of peace, fairness and unity.

Speaking in the same vein, UNIFEMGA called on all Muslims to migrate from their bad deeds in the past year and embrace the good ones in the coming year.

UNIFEMGA in its 1430 A.H Hijrah message signed by Alhaji Abideen Lawal, the national PRO, urged the federal government to expedite actions on its programmes that will cushion the effects of economic hardship on Nigerians. 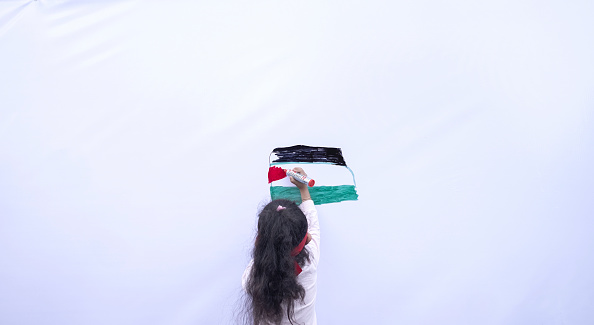 Palestine. Though a positive step, a ceasefire does not equal “peace.”