Prayers, songs, the spoken word, and speeches were all part of the eveningâ€™s moving presentation.

The event was at once a vigil, a prayer offering, a show of unity, and a call to action to end gender based violence and to encourage the United States Congress to pass the International Violence against Women Act (IVAWA). After the program petitions and postcards addressed to legislators were available for attendees to sign demanding this action.
The event began with the blowing of the Shofar simultaneously with a performance on the Djembe. The former is a horn, usually a ramâ€™s horn, used in traditional Jewish services and of ancient origin. The latter is a large drum originally from West Africa. Often it is used to tell an emotional story and, because of its size, is usually heard above other instruments in an ensemble.

Rabbi Beau Shapiro of the Wilshire Boulevard Temple welcomed the audience. He spoke of the religious and civic diversity of Los Angles, second only nationwide to Brooklyn.
â€œWe are here to show we are not indifferentâ€.

Edina Lekovic, Director of Policy and Programming at the Muslim Public Affairs Council, gave a moving address to the audience. She referenced her own current pregnancy and the fact that she knew she would give birth to a girl, making the plight of the Nigerian school girls all the more poignant to her and, by extension, her audience. She said that we want easy answers, answers that focus on one group. The very act of education is a threat to extremists.

â€œMy heart is broken over the Nigerian girlsâ€.

Ms Lekovic continued by saying that she read about the Taliban and how they throw the name of God around. The literacy rate for girls is  25% and for boys it is not much higher – 30%. Ms Lekovic reminded the audience that the first word of the Koran is â€œreadâ€.

â€œWe are here to push back against hatredâ€.

Ms Lekovic has been a speaker at hundreds of national and international conferences. She is Adjunct Professor at Bayan Claremont, a part of Claremont Lincoln University, where she teaches Religious and Spiritual Leadership in A Muslim Context.

Boko Haram, she said, is distorting Islam. The Koran addresses and asserts the equality of men and women. Girls in Nigeria are warriors – they choose to go to school. Boko Haram, Ms Mohiuddin continued, is afraid of them. We are not dealing with a Muslim or Christian issue. We are dealing with a humanitarian issue.

Other speakers included Allison Lee, of AJWS. Ms Lee said that abuse of women goes on. We have not forgotten the schoolgirls in Nigeria – nor others whose names we do not know but whose suffering is real. She urged the passage of the IVAWA.

Craig Tulman of the Pico Union Project offered a prayer spoken against a musical background.

Rabbi Susan Goldberg said that she had just returned from a conference in London, a conference that dealt with violence against women. She asked for a prayer for healing in this temple.

Pastor Bright Meritighan of Rhema House said he was from Nigeria. What, he asked rhetorically, if one of his daughters had been kidnapped.

â€œThis madness does not come from religionâ€.

â€œWhat a beautiful event. I am sorry it is over.â€ said one young woman in the audience when the event concluded. 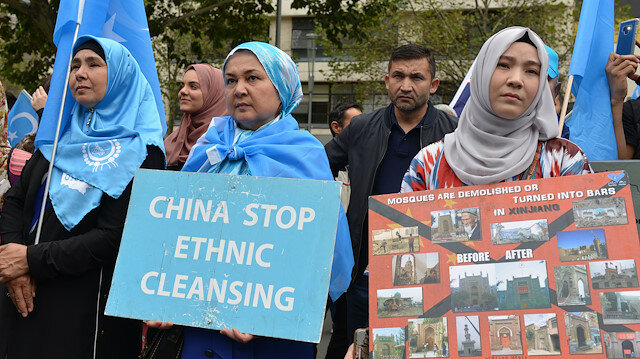 Severe Conservative Syndrome
By Paul Krugman   Mitt Romney has a gift for words â€” self-destructive words. On Friday he did it again,…