Living in the Shadows of the Glittering World

The henna decorated on the palms of each hand. The red sari with golden embroidery wrapped around the bride’s body glittering like the radiant sun. The make up, the shoes, the churiyas (bangles) made of red and gold, adored the bride’s arms with the dark purple nail polish glistening in the center of each nail. The wooden palki (carriage) was drawn to the make up room.

It was going to carry the bride to the stage, where the groom awaits to be joined in union as man and wife. All of this preparation, joy, and excitement so that the bride and groom could embark on this new journey of life together. This had to be the best day of the bride’s life, right?

No. It wasn’t. It was one of the most stressful days of her life. I would know, because that bride was me. I’ve been struggling with depression ever since high school. I didn’t know it then but I knew something was always wrong with. My life felt worthless and the last thing I wanted to do was to celebrate it. I got married a month after college to the man I loved. To admit that I was not excited but devastated, afraid, and depressed felt selfish. Everybody around me was so happy and I didn’t want to ruin their happiness. But I did not feel happy at all. It just felt like a typical day where I would have to live in the shadows.

There was no room to express my true feelings because my feelings don’t matter. What I felt was just all in my head, maybe a cold feet feeling, which was deemed “normal”. But it wasn’t because it was more than that. It was darker than that.

With the blush on my cheeks, eyeliner around my eyes, and red lipstick smacked on my lips, it created a sort of mask to hide that fear, that dread, and that anxiety I was feeling. My wedding day was a huge struggle. All of this excitement and preparation was to celebrate a day of my life that would mark the anniversary I commemorate every year. Yet that’s the day I remember I just wanted to disappear. I wanted to cease to exist because I felt this hollowness inside of me. I was forced to wear this mask of happiness and contentment because that’s how I was supposed to behave.

I was afraid to share these feelings with anybody. I didn’t want to be questioned about my love for the man I’m about to marry and I didn’t want people to think I was getting cold feet. It was none of that for sure. I knew I loved my husband and I knew I wanted to marry him. So how could I not be excited or look forward to the day that would finally begin the mark of our journey together?

Shortly after we got married, my husband and I moved into a rented town home and things didn’t get better. He started his job while I struggled to survive day to day. Instead of getting up each morning and looking for a job or something to do, I sat home and watched the hours go by. I didn’t have a honeymoon period as they call it. I was just depressed and not into it. It was hard to force myself to be romantic or happy when I felt just numb and hollow inside. The first few years of our marriage was a huge struggle in that sense.

My husband would come home and I felt guilty. I felt like a burden on him. I felt as though these precious months that would lay the foundation of our marriage would be so shaky. I was just not present both physically and emotionally. The house would be a mess all day. There were dishes piling up, laundry to be done that was stacked in several baskets, counter tops and bathrooms that were more inviting to bacteria than human, as well as the other house hold chores. I knew I needed to make a good strong impression during the beginning of our marriage. Yet I couldn’t get any of it done.

I felt this heavy rock on my heart all the time. It was just hard to breathe. Simple things like getting up to eat my breakfast was a huge task. Often times I’d wait until my husband would come home without eating the whole day. He’d serve me food and get started on the housework I had neglected. But was it neglect? Or was it something entirely different? Was I just being lazy? Or was this more than that?

I started to feel guilty and this feeling of guilt grew inside of me. Those feelings I felt during the day of our marriage started to become a center of my reality. I wanted to cease to exist. I was just a burden on him and I felt as though I was making no contribution to his life. It was a mess. I would cry and most of the times I could not verbalize why I would cry. I just felt so sad and in the dark. At times, I wanted to end the marriage and just leave everyone alone. I felt as though everyone was better off without me.

Simultaneously, during that time, our friends were getting married too. I remember getting a panic attack in the car while going to a friend’s wedding. When my husband asked me why I’m freaking out about a party, I couldn’t explain it to him. During these social events, people ask well-intentioned questions like, “What do you do?”, “Are you working?” “Oh you’re not working, so are you going to graduate school?” “No you’re not in graduate school or working… so what do you do the entire day at home?”

And for a depressed person, these are the worst questions to ask. What do I do all day? Yes, I sleep until 1 or 2 pm because through sleep, I find relief of this pain and suffering. When I get up, I really don’t. I am in bed just literally staring at the walls and crying my eyes out. Sometimes, I can’t even cry. I feel numb. I am alive but dead at the same.

During the day, I don’t eat. Not because I can’t cook or there is no food but because eating seems like a huge burden. Getting up and brushing my teeth seems like I’m pushing mountains. I feel unattractive, worthless, lazy, and all the other horrible names and adjectives you can think of to describe me. I feel all of that.

I feel like I don’t want to exist. I feel like I want to go to a country where nobody would know me, where I could stay away from everything and everyone. Sometimes, I even think it’s better if I’d just die than be alive.

Sadly, depressed people live in the shadows. They are good at hiding their feelings because they have mastered the mask.

Long before my wedding, I had mastered wearing several masks to hide these feelings. But deep inside, these sorts of innocent questions hit us the most and cut us real deep.

I knew early on in my marriage that I needed help. It was hard to admit that to my husband, who is very supportive of me. But most of all, it was hard to admit that to myself. We live in a society where we are not allowed to talk about mental health conditions like depression. To tell someone that you suffer through depression and anxiety is not normal. People equate the ‘depressed folk’ as weak human beings who cannot handle the stress and the pressure of everyday life. Yet I find that to be the opposite. I feel as though people who know and have been through depression are some of the strongest people. To fight depression is not easy and to come out and say that you’ve been depressed is even harder.

It’s been almost 3 years since I took that very first step in a counselor’s office. I thought I was out of my mind for doing so. I thought I could handle it by myself. And on top of that, I was feeling guilty that I had to pay over 100 dollars a session just to hear myself talk. It seemed bogus to me. But I had to trust what my counselors said.

Therapy will not show immediate results – like in a day or two. It takes months, and even years to see the affects of therapy. There were many times I wanted to quit, and guess what: I did quit therapy; but it made things worse and it just worsened the cycle. The moment I stuck to a therapist and to my sessions continuously, I grew, I evolved, and I was able to stop living in a shadow. And believe me, that was the best and hardest decision I have ever made in my life.

Editor’s Note: This is an edited version of an article that originally appeared on UmmahWide.com. It is reprinted here with permission. (Ummah Wide is a global storytelling platform focused on Life, Thought, Story and Cultures that transcend the borders and boundaries of the Muslim and Human family.) 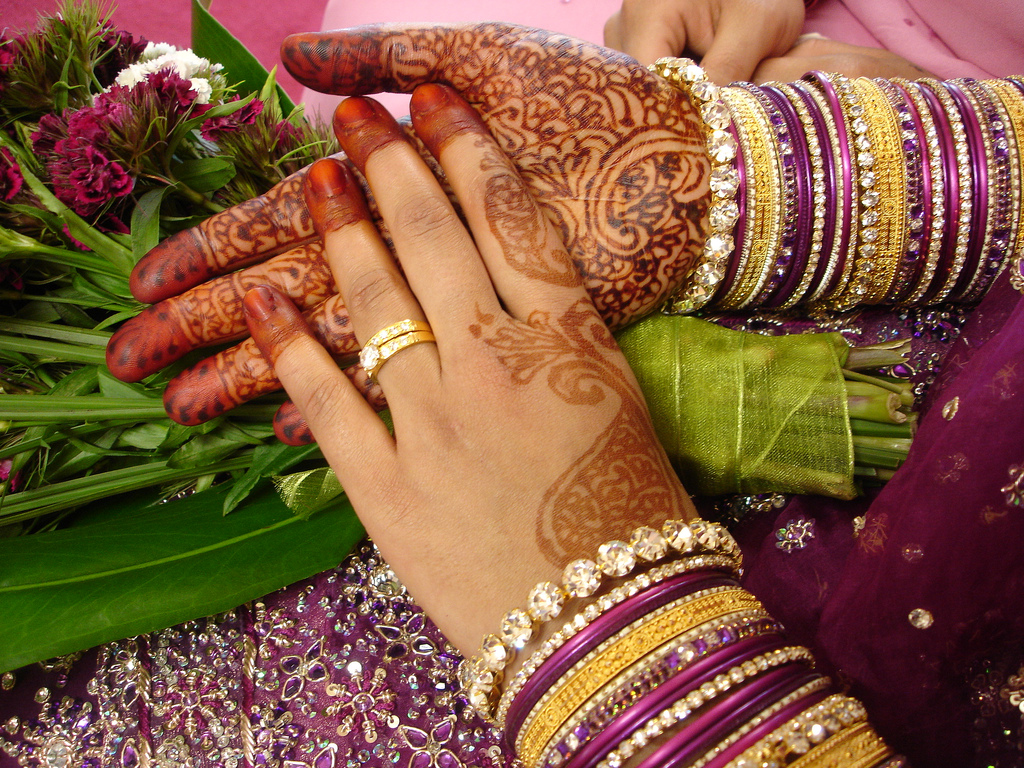 Advice Column: The Truth about Honey

What Europe and America Have in Common
By Harold Bob Jones Europe and the USA have many things in common, one of which noted currently is the…

Embarking on the Path Within: Journey Towards Self-Realization: Part VI

Women’s masjid is logical outcome of mistreatment
Scroll to top