Kashmir, Pakistan, and issue of self-determination

Since the Indian sub-continent division, Pakistan has been considered an exponent for the right of self-determination in Indian Occupied Kashmir (IOK) and bulwarked against Indian tyranny. People of Kashmir have always looked towards Pakistan to hope that this is the nation that will enable them to break their shackles of slavery and steer them to the path of freedom from Indian occupation. But in recent years, some of the enigmatic statements and actions emerging from that country have created serious doubts in the Kashmiri minds. One of the recent examples is the seminar conducted at the prestigious venue of Islamabad and addressed by senior-most officials of the Government of Pakistan. To the utter dismay of all the freedom-loving people of Kashmir, the discussion topic was “Restoration of autonomy and peace in IOK.” This is a serious drift from the usual stand taken by the government of Pakistan: the right of self-determination for Kashmir’s people as promised by United Nations  Security Council resolutions.

This could be dismissed as a lone incident and diplomatic faux pas by the Foreign Office of Pakistan. However, some recent incidents present a serious conundrum for the region’s people and remain mystified about the Pakistani government’s current policies regarding the Kashmir problem. To quote one or two examples, Foreign Minister Qureshi not a long time ago praised the post 370 abrogation stand taken by Farooq Abdullah. In a very recent interview on GNN TV, when asked about the Kashmir issue, Prime Minister Imran Khan stated that Indians have started realizing their mistake of abrogating article 370. They have released some of the Kashmiri leaders. The Prime Minister is totally misinformed, and Indians have not shown any such remorse. The fact of the matter is that almost all the pro-freedom leaders are languishing in Indian jails, and the only people who have been set free are politicians like Farooq Abdullah, Omar Abdullah, and Mehbooba Mufti who favor accession of Kashmir to India. They are toxic to the cause and should not be touched even with a barge pole. These politicians are lackeys of the Indian government and raise their voices only when deprived of plum posts. Once the goal is achieved, they happily dance to their tunes and willingly collaborate in the highly detrimental decisions to the cause of self-determination. This should be made emphatically clear to higher echelons in the Pakistani government.

There should be unwavering support for the right of self-determination for the Kashmiri people. Under no circumstances the deviation from this stand should be allowed. Freedom of speech should be practiced but not at the cost of national security. In this regard, I want to quote the manuscript authored by Dr. Moeed Yusuf, who currently serves as National Security Advisor to the Government of Pakistan. In this paper, Dr. Yusuf states,” Our analysis suggests that the dispute may be more ‘ripe’ for resolution today than it has ever been in the past. For the first time in the dispute’s history, there is growing convergence over a core element of the solution, i.e., granting autonomy to Kashmiris.” This thought process is highly supportive of the previous Indian stand on Kashmir and should be unequivocally castigated, chastised, and discouraged. This is a flagrant violation of the United Nation’s resolution. Any individual in the government or opposition should be issued public opprobrium for digressing from Pakistan’s official stand.

Overall it can be construed that in recent years Pakistan has exhibited a lackadaisical and slapdash approach towards the Kashmir problem. The hour demands that their policies need to undergo a radical transformation. It is undeniable that Pakistan has paid an immense price both in terms of men and material in fighting for the Kashmir cause over the years. Still, over the last several years, their actions have been languid and have not proven to be fruitful.

In the prevailing situation, we have to do serious brainstorming to determine the strategy needed to counter this problem. Some of the measures need to be avoided. We should not put all the emphasis on human rights issues and ignoring the right to self-determination. Human rights abuses are the symptoms of the struggle for the right of self-determination, which is the main ailment. The solution to the problem cannot be attained by addressing the symptoms alone. You have to take care of the ailment.

I want to state that I have been a science writer for the last 25 years. During this period, I have both submitted and reviewed grants. Any proposal which is deemed to cause incremental advancement in the field gets the kiss of death. Also, the grant, which is categorized as overambitious, gets triaged. So we need proposals that are well balanced and enable us to move the field forward.

Overall we should bring about a paradigm shift as far as this issue is considered. Obviously, old strategies have not brought our goals to fruition, and a new course needs to be adopted. The question which demands strong attention is what steps Pakistan should take, which can lead the people of Kashmir to exercise their right to self-determination. Appreciating their limitations, albeit certain of these measures may result in positive outcomes and prove beneficial in the current situation:

A national consensus on Kashmir should be developed in Pakistan, including both government representatives and all opposition parties. This has not happened so far, and the onus of taking the initiative in this direction lies on the party in power. They should set aside their political bickering and speak on this issue with one voice.

There should be both long-term and short-term policies on the issue. Currently, it appears that decisions are taken arbitrarily without any road map. “No success without the strategy.” Time is of the essence, and these steps should be taken with minimal delay. Indian government every other day is introducing fresh barbaric laws in IOK.

The mention of the Kashmir issue should not be restricted to ceremonial occasions like the black day (Oct 27), Kashmir day (Feb. 5), or July 13. I must mention here that at present, every day in Kashmir is a “black day.” There should be around the year plan for Kashmir, which may be subjected to change with the emerging situation.

Just taking out processions on the streets of major Pakistani cities on ceremonial occasions with sloganeering and a chest-thumping crowd may not yield tangible results. There should be a strong effort to extract support from the international community. Foreign Minister of Pakistan should lead a delegation to important countries and acquaint them about the problem and expostulate eloquently about the consequences of leaving this issue unresolved. We should remember during the East Pakistan problem in 1971, Indira Gandhi, the Prime Minister of India, took a whirlwind tour of major countries of the world and adequately articulated India’s case in front of these governments.

Time and again, we have emphasized that Pakistan should have a special desk on Kashmir in all the major embassies of the be the world so that any new development is communicated rapidly to these governments’ foreign offices.  We were informed by the foreign minister Qureshi that such desks exist, but this is not the case in the Washington embassy. Based on this information, I am highly skeptical about their presence in other countries.

On several occasions, Pakistan has been requested to approach and register a case against India at the International Court of Justice for crimes against humanity. There is formidable evidence for the crimes like the existence of mass graves, pellet guns, gang rapes for which India should be held accountable.

Under no circumstances Gilgit Baltistan should be annexed to Pakistan. This will provide unwanted legitimacy to Indian actions, and they will throw a full media blitz on this issue.

I am sorry for going overboard as I found to difficult to present my thoughts in a limited space. My heart is broken due to the current dilemma we are facing. I remember my father, who was an ardent lover of the freedom movement. This was during the early nineties when the movement was in full steam. One day while sipping the tea, I found him in a somber mood. When I asked him if everything was okay, he told me, and I quote, “Imtiaz, I think I may not live the day when Kashmir attains the freedom, but I am sure you will get to set your foot on the land of Kashmir bereft of foreign occupation.” Unfortunately, today the idea of free Kashmir remains a mirage, a distant dream. Let us hope there is divine intervention, and my children get a chance. 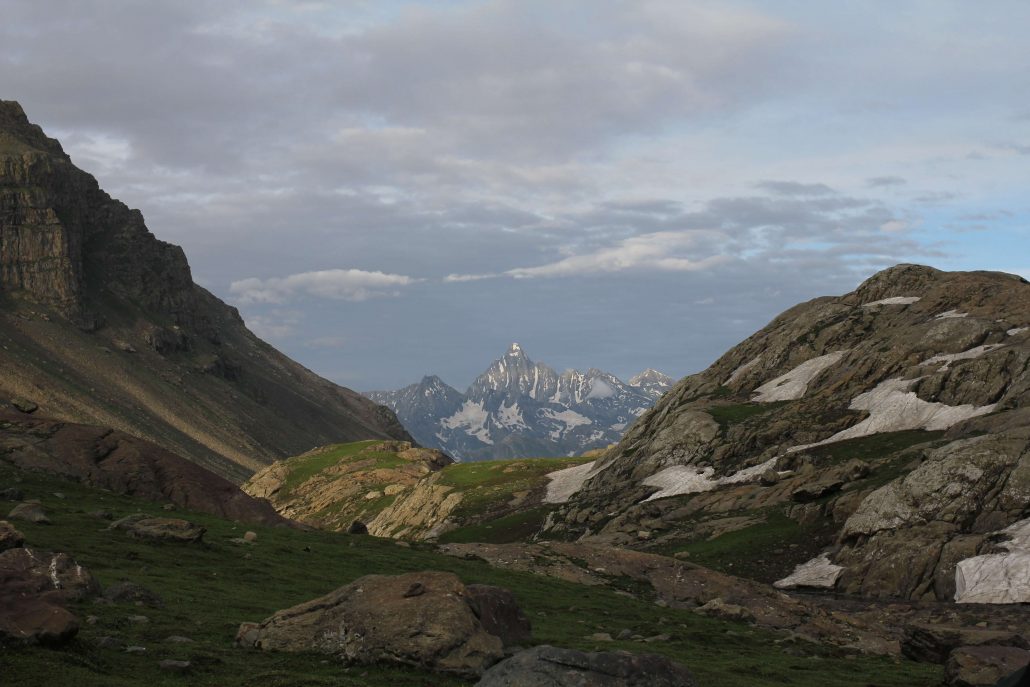 No Competition–The Elections in Egypt

Why are some Muslims, from India to the U.S Voting against their Natural Al...
Scroll to top